Whenever I tell people that I went from my home state of Florida up north to Ohio for college, I always get the same reaction: a shocked face and the question “Why?” After all, few people can understand giving up living five minutes from the beach for the grey skies and dreary weather of the Midwest. But my answer is always the same, and it’s super simple, too: “Snow.”

The last time it snowed in the Tampa Bay area, where I’m from, was in 1977. That was a stunning .2 inches of snow.

So naturally, growing up, I really didn’t see much of the stuff. In fact, I don’t even remember ever seeing snow really fall before coming to Miami. I’d seen it on the ground waking up on Christmas morning while visiting relatives in Cleveland, but a snowstorm? Never.

In fact, during the polar vortex in 2019, I was the only person I knew who wished they were up north instead of down south. I have always, always loved the snow — and that is definitely because I lived somewhere that was completely deprived of it for 18 years.

I consider this winter to be my first “real” winter. As a sophomore at Miami, this is technically my second winter up north, but I think many people agree that last year was definitely not as cold as usual — and it only snowed a small handful of times, including on my 19th birthday, which was pretty neat. This year, however, it’s already snowed more times in the short month I’ve been back at Miami than it did for all of the time I spent here in winter of last year.

As such, I’ve gotten to see firsthand what a good amount of snow can really bring.

There are plenty of problems that I’d never seen before. On a walk home from CVS two weeks ago, I came across a patch of iced-over sidewalk and promptly slipped and fell on it. I’m usually pretty good at balancing on slippery surfaces, so that was a shocker. I also can’t crunch through the high, piled-up snow on the grass without getting my socks wet, because the snow is taller than my boots. That last one is a real killer … I love crunching in the snow.

A friend of mine and I decided to drive to Graeter’s on Saturday night for some ice cream after a long week. The ground beneath where she’d parked was snowy and icy, and the car stalled for a good thirty seconds while we were trying to pull out of the parking spot. That in and of itself was a terrifying experience — I’d never seen a car stall because it was stuck on snow before.

And I don’t even have to shovel driveways or scrape ice off of a windshield, so I can only imagine what those will be like when I move into an off-campus house next year and finally bring my car to school.

With all of that being said, I still absolutely love the snow. My roommate claims that it’s “not good packing snow,” and I have zero clue what that means, but it’s amazing nonetheless. As I mentioned earlier, I love the sound it makes when you crunch on it in boots. The trademark red brick buildings of Miami have never been more beautiful than when they’re topped in snow. And I made my first snow angel in a very long time just a few weeks ago.

In my first week back at Miami, the first time I’d seen snow in almost a year, it was snowing these huge flakes while my partner was driving me across campus. I pressed myself to the window and just watched, wide-eyed and open-mouthed, as these gigantic, fluffy snowflakes hurtled down toward us from the sky above. It was the most ethereal thing I had ever seen.

Did you know that, when it is snowing and you are driving, snowflakes will look like they’re falling right toward your front windshield and then veer upward at the very last minute?

I mean, I’ve also forgotten that snow is cold and picked up a chunk of it with my bare hands, but I try to forget about how much my hands hurt after that and try to remember the pure joy I felt when I threw that chunk of snow at my friends. That, to me, is what snow is all about.

Snow definitely brings plenty of problems to the table — shoveling, driving, freezing cold temperatures and hands, etc. Texas is a prime example of that right now. But it is also beautiful, different and (to me) a miracle of nature.

And maybe I’m just a kid from Florida who is still caught up in the rapture of the pretty white flakes that fall from the sky… and maybe someday I’ll get tired of it all. But I know, deep in my heart, that there’s snow way that’ll ever happen.

Like many students, I took advantage of Miami’s insanely long winter break by traveling. My friend, Mark, raves about his home state of Minnesota any chance he gets, so visiting him was the obvious choice. 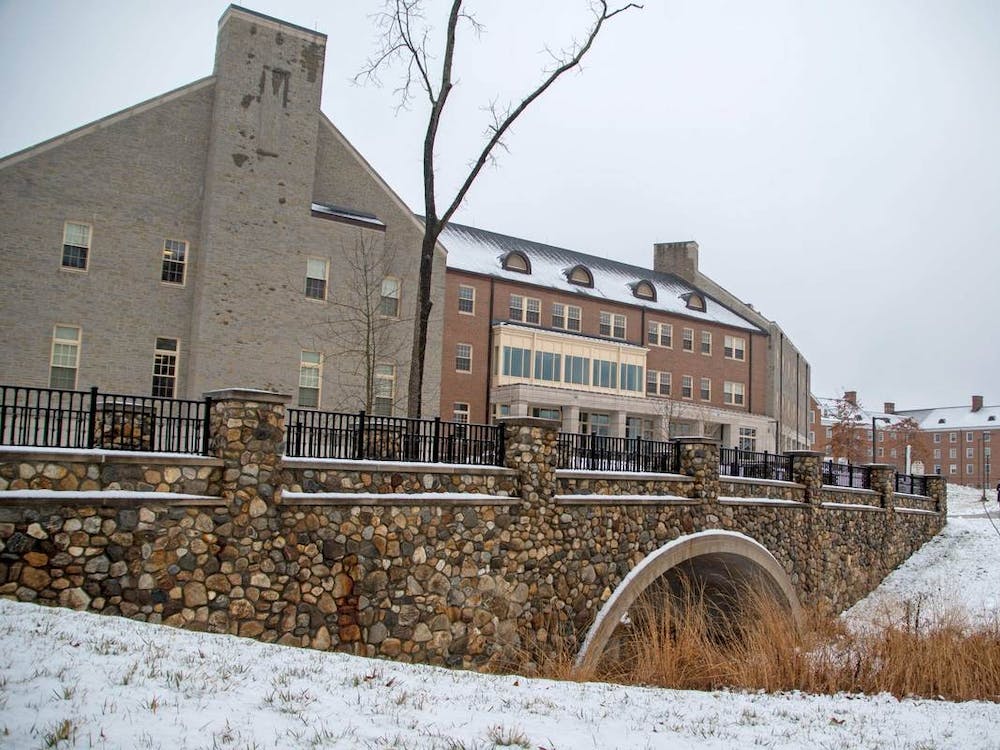