Safe alcohol use has always been a concern on Miami’s campus. At the beginning of the semester, during which party protocol was overshadowed by masks and social distancing, there was no clear resource that gave students a framework for establishing a middle ground between risky partying and no partying at all.

Rebecca Baudry Young is the director of student wellness at Miami. She explained how the need for an awareness campaign arose.

“Originally, as the COVID protocol started to roll out over summertime, we were thinking about what the semester was going to look like,” she said. “The university had a long list of things about what students shouldn’t do, and there wasn’t much information out there for students to understand what they can do.”

Baudry Young also talked about why this aspect of life matters for student health.

“Social wellness is important,” she said. “We know that these experiences are valuable. We didn’t want students to feel isolated or lonely. We wanted [campus] to still feel like home.”

Deirdre Sperry is a senior public health major and a member of HAWKS, a student organization devoted to helping students consider various health and wellness issues through presenting information about how to make healthy decisions. She agreed social and physical wellness are essential to a healthy campus experience.

“It’s hard to balance what is perceived to be a typical college experience with the measures imposed by COVID because college is a lot about the social life,” she said.

Ellen Peters is a junior public health major with a pre-med co-major. She is a co-president of HAWKS and helped oversee the outreach group that came up with the idea. She described another reason why Party with C.H.A.D. addresses partying safely rather than not partying at all.

“The campaign was intended to target students knowing that they were going to get together,” Peters said. “It’s not practical to think that everyone’s going to stay apart.”

The campaign launched in early October and included flyers and A-frame signs around campus, small posters and television displays in residence halls and posts on social media platforms like Instagram.

C.H.A.D. is a slogan intended to help students stop and think about how to have fun with others safely. While the campaign addresses safe alcohol practices, it also reminds students of local mandates, like the restriction of gatherings to no more than 10 individuals.

“We want to make sure that we control the spread of the virus, and there are also other state and local mandates that are new this year,” Baudry Young said. “Students may not have been familiar with them. Not only were there health implications but there were also legal implications.”

While Party with C.H.A.D. is based on a serious issue, it was designed to be eye-catching and thought-provoking to keep with the spirit of safely having fun with others. The medium used to promote the campaign is filled with bold hues of green, yellow, blue and red-orange.

Some of the designs were even in the format of a text message thread. However, C.H.A.D. itself is also mysterious — because the name has multiple meanings, it makes students wonder who (or what) inspired the name of the acronym.

The idea was conceived by Sperry, who wanted the program to be as interesting as possible, while still being useful to students. She explained the rationale behind using “Chad” as a model for alcohol and coronavirus safety.

“My first thought was to make the acronym something that would catch students’ attention a little more,” Sperry said, “I was going through names that ended with a “D” for decisions. I thought that the name “CHAD” was something that would spark some more conversation about the flyers and the topic in general.”

Peters added that the acronym also had some relevance to the college party scene as the name has become synonymous with a stereotypical fraternity member (for better or for worse).

“There goes the saying that people call fraternity guys ‘Brad’ and ‘Chad,’ so it was an acronym that made sense and made it relevant,” she said. “In some of our media formats, C.H.A.D. was a person as well.”

While this campaign launched this fall, it isn’t expected to go away soon.

“I think this is one of the best programs that we’ve put out at least this year,” Peters said. “It’s meant to get passed on in years going forward.”

So next time you go out and think about partying, don’t party with Chad. Party with C.H.A.D. instead. 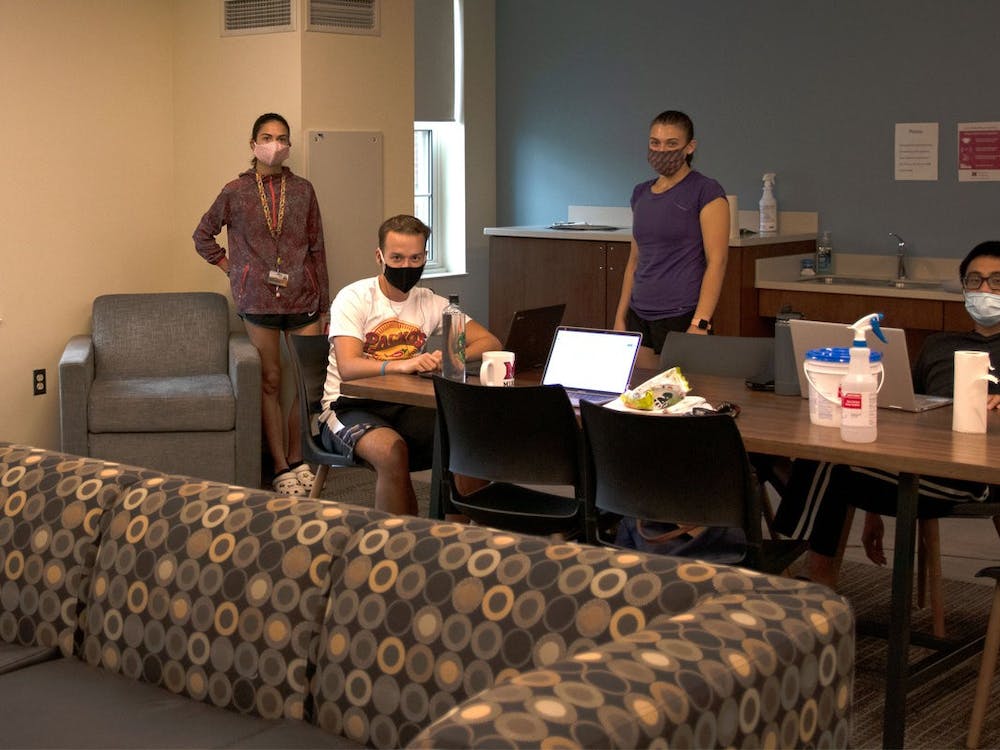