The Mid-American Conference (MAC) announced on Sunday that the Ohio University at Miami University football game, originally scheduled to be played Tuesday, has been canceled and will be declared a “no contest.” It will not be rescheduled or otherwise considered in official results.

While neither Miami nor the MAC have released additional information along with the statement of cancellation, Ohio included comments from both Director of Athletics Julie Cromer and head football coach Frank Solich.

“The 'Battle of the Bricks' is a rivalry game we look forward to every season,” Solich’s statement reads. “The decision to cancel the game was based on roster issues due to test results and contact tracing. Out of caution, we've made the proactive decision to limit our team activities for now. We look forward to getting back on the field soon and competing.”

The cancellation comes at a time when COVID-19 cases are rising at a record rate across the state, with 7,853 new cases reported Sunday.

Ohio University is also seeing a general rise in cases, with two residence halls under the university’s Red alert level, denoting 5-10% of residents testing positive in the last week.

The game is the first one so far in the MAC to be canceled, although it comes after a weekend in which 15 FBS games across the country were postponed, rescheduled or canceled.

Miami remains 1-1 in conference after a loss to Buffalo last week and will see an extended break due to the conference’s return to Saturday play. The RedHawks’ next scheduled game is Nov. 28 at Akron. 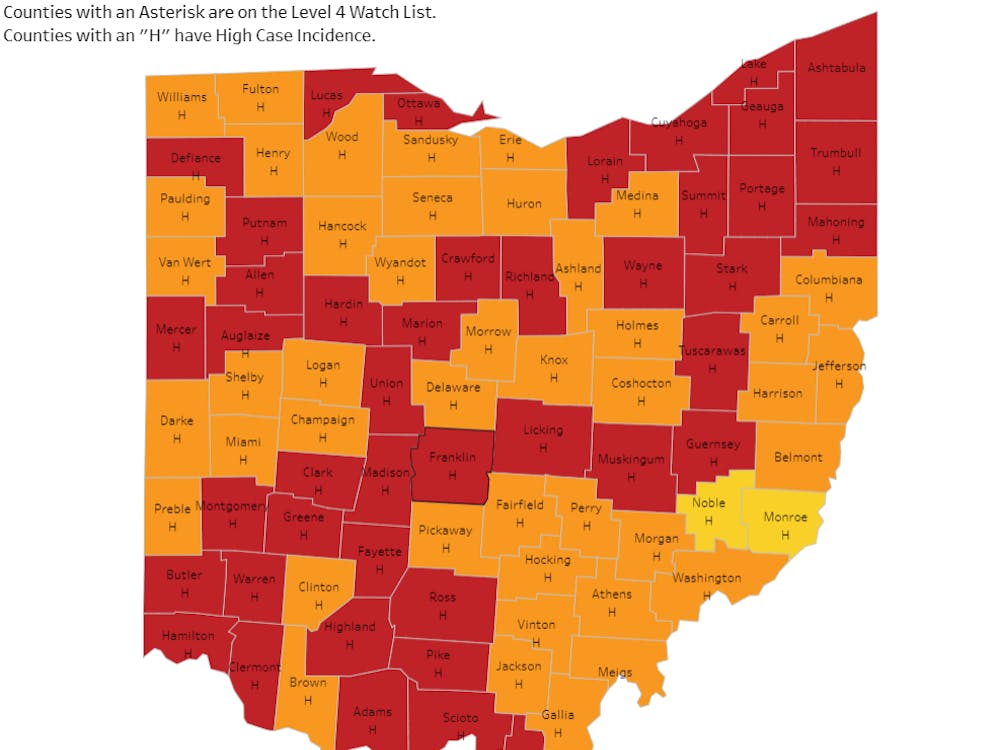 Miami University’s COVID-19 Oxford campus dashboard has been active for nearly two months. But some students have raised concerns about the information provided by Miami.