He’s old, inarticulate and creepy as hell — basically everything I wouldn’t want in a president.

And yet, filling in the circle next to his name on my absentee ballot was one of the easiest things I’ve ever done.

You see, I’m a leftist — and I mean a “destroy all classes and borders” leftist, not a “Bernie Sanders and free college” leftist. I’ve heard many people who are ideologically similar to me say they’re refusing to vote for Biden because he’s too moderate and are instead voting third-party, writing someone in or, god forbid, not voting at all.

I used to feel the same way. But, after watching the debate on Sept. 29, I came to realize how disastrous another four years of Donald Trump would be.

It’s true — Biden is very moderate, despite Trump’s efforts to cast him as a “radical leftist.” During both the presidential and vice-presidential debates, Trump and Pence misrepresented Biden’s stances on a number of issues, including healthcare for all (which he doesn’t support) and ending fracking (which, again, he doesn’t support).

Of course, I feel icky about supporting a candidate that doesn’t believe every American is entitled to healthcare, or that ignores scientific evidence of the dangers of fracking. But, when compared to an incumbent president who refuses to condemn white supremacy when asked to do so, I’d take Biden’s wishy-washy ass a million times over.

Yes, he’s done it in the past. But that doesn’t change the fact that he didn’t during the debate.

The very idea of white supremacy should be so repulsive to Trump — and everyone, for that matter — that he completely and unequivocally denounces it every time it’s brought up.

Instead, he changed the subject to left-wing violence and insisted that “somebody’s got to do something about antifa and the left.”

Speaking of antifa, Trump has expressed intentions to designate it as a “terrorist organization,” even though it’s technically a movement, not a cohesive group. But even if it was, equating a group whose name is literally short for “antifascism” with terrorism has terrifying implications for Trump’s ideology.

If it seems like I’m talking an awful lot about Trump in a column that’s supposed to be about Biden, you’re missing the point. The point is that this election isn’t really about electing Biden.

It’s about getting rid of Trump.

As I said earlier, I was planning on voting third-party for months. To me, Trump and Biden were one and the same — they were both products of our toxic, quasi-democratic two-party system that has continually failed to produce real change in this country.

It wasn’t until I took a step back and thought about it that I realized my perspective reeked of privilege.

I’m a white, heterosexual, cisgender college student from an upper-class family that’s lived in the same upper-class town in Illinois for decades. My life hasn’t changed in any way as a result of Trump’s presidency, and it wouldn’t have changed if Hillary Clinton had won in 2016, either.

Chances are, things will remain relatively unchanged regardless of who wins this election, too.

But what about everyone else?

What about people of color who have to continuously listen to their president make excuses for people who want them dead? What about undocumented immigrants who live in constant fear of being ripped away from their families by ICE agents? What about women who won’t have access to affordable contraceptives and healthcare if Trump continues to restrict Planned Parenthood funding?

As a leftist, it can be tempting to vote third-party or abstain from voting entirely as a way to say “fuck you” to capitalism, establishment politics, the United States in general — whatever. Believe me, I get it.

But as a logical human being, you have to realize that, as badly as you may want to completely restructure the society you live in, that just isn’t feasible at the present time. So, our best bet is to ensure the well-being of our underprivileged peers.

Which means voting Trump out. Which requires us to vote for his only realistic competition in the election. Which is Joe Biden.

Bring a barf bag if you have to, but I better see you at the polls, comrades. 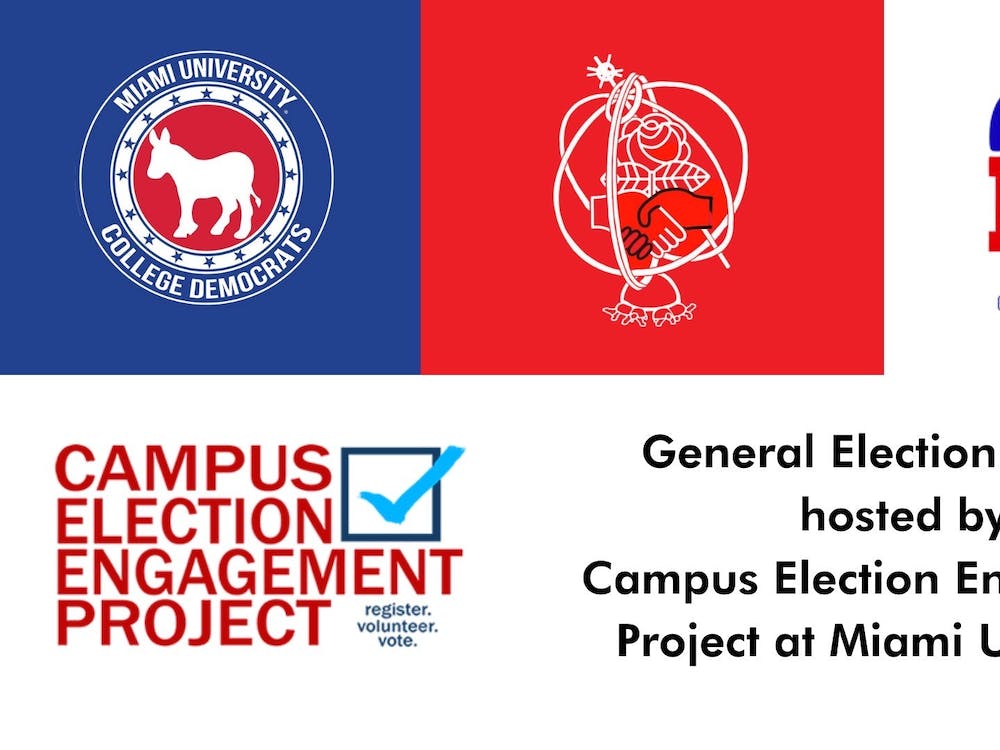