The air smells like a bonfire. Autumn leaves spin from trees and drift gently to the ground, only to be crushed under the treads of the two boys’ bikes.

“Go faster,” one yells to the other as he races ahead down the neighborhood street.

“I’m trying, wait up,” the other boy replies as his legs pump furiously at his bike’s pedals.

These are their streets.

Day in and day out, the two boys prowl the neighborhood, freed from the confines of school by a global pandemic. Now, when they would normally be sitting in math class or eating in their school’s cafeteria, they take to the streets. Occasionally, they’ll take their bikes through the Red Ox drive-thru for snacks. At other times, they’ll tear through the roads surrounding their house, screaming and laughing and carefree.

“We basically get to do whatever,” the bigger boy said, running his hands through his short brown hair.

“Yeah,” the other concurs, smiling impishly.

Neither is afraid to approach the pedestrians who cross into their domain. Whether they’re Miami students or Oxford residents, no one is exempt from their greetings, chit-chat or, at times, pranks.

Once, as I was walking to class, I saw a dog trotting across the road they boys lived on. As I bent to pet it, they came biking around the corner and swiftly approached me.

“Hey, is that your dog?” the smaller boy asked.

When I told him that no, it wasn’t my dog, he seemed pleased.

“Good,” he said. “We were testing you to see if you were trying to steal him.”

As if on cue, the small dog ambled over to the boys and panted happily at their feet. All three looked smug and proud of their ruse.

The boys aren’t always alone. Sometimes they glide through the neighborhood accompanied by friends. At other times, the dog and a black-and-white cat hound their heels. Their arrival is always easy to hear. Laughing, barking, squealing and giggling, the posse makes its merry way through the streets.

“Watch out,” one says as he zips past a student on their way home from class, causing her to recoil and leap hastily into the grass.

These are their streets. 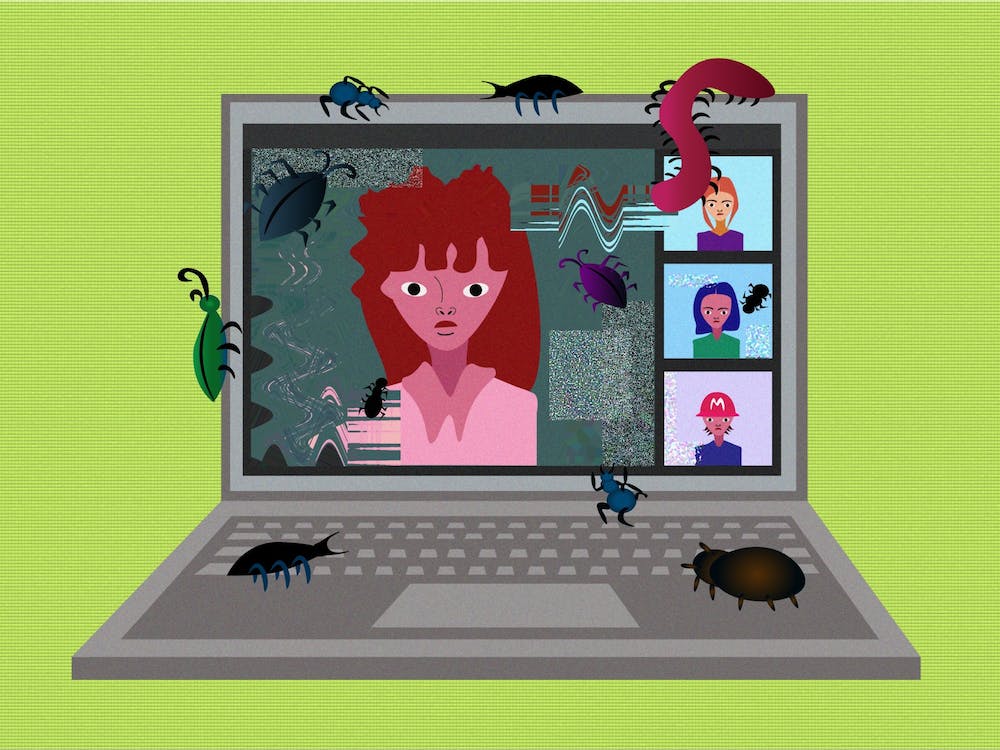 Getting Lost on My Way to Class

Before Aug. 18, I thought it would be impossible to get lost on the first day of class — just one more essential college experience the Class of 2024 will never get. I was wrong.