The groups were able to work it out, but the incident showed how different performing arts groups were disconnected from one another.

Another problem would soon arise for performing groups on campus: COVID-19. Groups had to cancel most of their spring semester shows, including the ones Stage Left and Sketched Out scheduled for the same time.

“[Umbrella organizations] really serve to help organizations … plan better together and really advocate for what they need better,” Bragg said.

There are already several umbrella organizations on campus, including the Interfraternity Council, Business Student Advisory Council and League of Geeks. These organizations bring together members of similar groups so they can work together.

Bragg says the Office of Student Life is talking about forming several umbrella organizations in the coming years, but he saw a pressing need for a performing arts one due to regulations about performing for an audience.

“[Stage Left has] a program that they’re working with that’s going to let them put on musicals this semester … so that will be fantastic for some of the other groups,” he said, “It’s about getting those groups to share resources and talk about how they can help.”

Grace Carlos, president of Miami Misfitz, an all-female a cappella group, is excited about forming an umbrella organization and agrees that now is a great time to start one.

“I think having this umbrella organization would be really helpful in keeping us in contact with each other and talking about what other groups are doing because we’re all in the same boat … and we all have similar goals which is to perform, which is not super practical right now,” Carlos said.

She also thinks the organization will be beneficial in helping make connections with other groups.

“We work pretty closely with other a cappella groups, but I don’t know much, if anything, about other performing groups,” Carlos said.

Deirdre Sperry, co-president of Sketched Out, would like to work together more with other organizations, especially other comedy groups.

“Maybe we can do workshops together, because at the end of the day, while we do different types of comedy, I think that there’s ways for us to learn from each other,” Sperry said.

She also likes the idea of having a common calendar of performances.

About 15 performing groups attended an initial meeting on Sept. 25 to discuss what they wanted the umbrella organization to look like.

“It’ll be put up to the students what they want to do and where they want to go,” Bragg said. “I’m just going to enable them to do whatever they want and need to be best for them.”

In his previous experience working to form umbrella orgs, Bragg said it sometimes took several months to get the groups unified and the organization together. He said they were able to get work started quickly, but establishing a clear vision took a long time.

At the Sept. 25 meeting, representatives from each group discussed ideas for the organization. Bragg left the meeting with a page full of ideas.

The representatives decided to start by working from the ground up. They are starting by forming a group chat of representatives in order to communicate within groups. There will also be group chats for different types of performance, like singing, dance and comedy.

“They want to start by learning from each other,” Bragg said. “And then whatever grows naturally from there.” 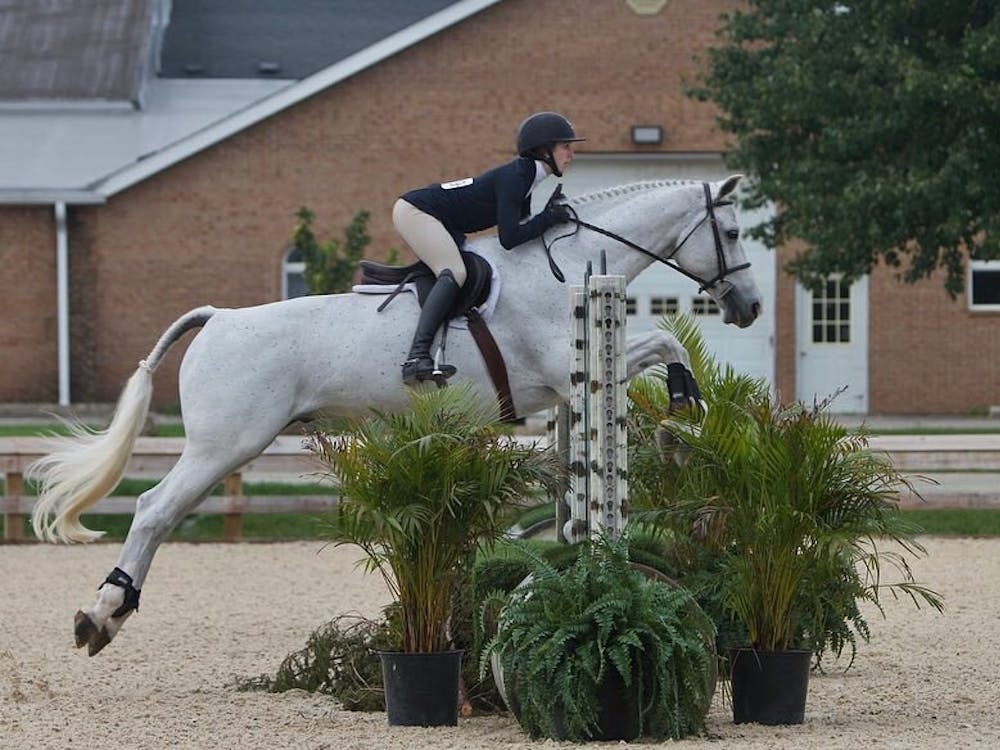 Miami’s horses are giddy-upping back into shape

Miami’s equestrian team may be nationally recognized, but it’s easy to forget about the animals that make it all possible.

The President’s Diversity, Equity and Inclusion (DEI) task force publicly released its recommendations to President Greg Crawford and the Miami community on Sept. 3.