“Dear Madeline,” it read, “You have been selected to take a COVID-19 test through the university’s Healthy Together COVID Testing program.”

I groaned. Again? This was the fourth time I’d been “invited” to get tested since coming back to campus in late August. It felt a bit excessive, especially since I knew multiple people who hadn’t been tested at all yet. I think it’s probably because of my job as a Resident Assistant, which forces me to interact with lots of people. But still.

Two days later, I headed to South Quad and followed the numerous signs pointing me toward the ominously-named “Location B” – also known as Harris Hall – where my test was scheduled to occur.

Harris Hall used to be a dining hall, but it closed in 2017 and has been in disuse ever since. The building was named after Andrew Lintner Harris, a Union colonel who graduated from Miami, fought in the Battle of Gettysburg and, later, served as the Governor of Ohio. I wonder how he’d feel about his namesake building being used for COVID tests.

I continued to ponder this as I approached the door to Harris, which featured a sign saying that students who have experienced any of a laundry list of symptoms in the past 14 days should not enter the building. I gently assured the sign that I hadn’t experienced any of those symptoms and proceeded inside.

The door led into a large room with nobody in it, except a woman sitting at a table labeled ‘COVID TEST CHECK-IN.’ Naturally, I headed straight toward that table.

“Excuse me, ma’am,” the woman barked, “you need to follow the dots.”

I looked at the floor and saw a series of social distancing dots leading me through a maze of ropes. I didn’t feel the need to walk through the ropes since I was the only one in there – and I really don’t enjoy being called “ma’am” at the ripe old age of 20 – but I apologized for my error and followed the path to the desk.

The woman took my temperature – a ghastly 93.7 – and handed me a form to fill out before directing me to another large room.

This area was far less empty than the last one, as several masked, dead-eyed students sat in chairs randomly scattered throughout the room and filled out their forms. I sat in the most secluded seat I could find and quickly filled out my form.

After providing my basic information on the form, I had to fill out my insurance information online. I always carry a copy of our family’s insurance card in my wallet, but, evidently, most students don’t. During every single one of my tests, there’s been at least one person asking their parents for their policy number.

Finally, after answering what felt like a million questions, it was time to get swabbed.

An older woman in scrubs led me into a makeshift exam room in the back of the building. She asked me if I’d done this before. I told her I had. She promised this test would be quicker than any of my previous ones. I’m not sure if quicker is necessarily better when it comes to COVID testing, but I thanked her anyway.

The swab came out of the wrapper. I said “ahhhh.” The swab went down my throat.

She told me I was done, and that I’d receive my results via email in about two days. If I tested positive, I’d also receive a phone call.

“Hopefully not, though!” she said, as she chuckled and waved goodbye to me.

Two days later, I got an email saying my results were ready. Holding my breath, I clicked the link.

I smiled. I knew it all along. 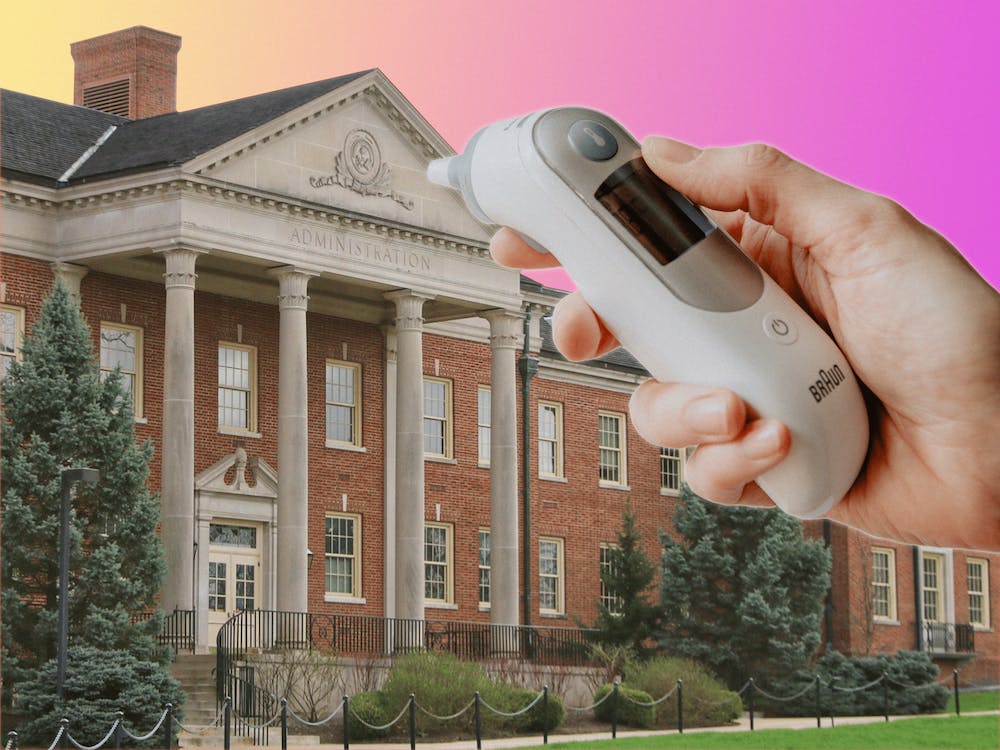 One month after Miami students moved onto campus in September, the process of dealing with COVID-19 remains uncomfortable and unfamiliar, and for many, it hasn’t gotten any easier.