Getting to know the Gilmore Girls

This column containers spoilers for Gilmore Girls. It’s been 13 years since the finale though, so I’m not sure if I even need to mention this.

A couple of months ago, my sister told my mom and I that she’d started watching Gilmore Girls on Netflix, and she wanted us to watch an episode or two.

It’s probably important to mention that my mom, sister and I can hardly ever settle on a new television series to watch.

We pick one, it’s too boring. We pick another, and my mom likes it, my sister doesn’t. This goes on for a while, and we usually end up rewatching a show we’ve seen before or picking a movie instead.

When my sister suggested Gilmore Girls, I expected more of the same, though I didn’t know much about the series at all. I’d heard people mention it in passing, and one of my friends posts about it on Twitter sometimes, but that was about the extent of my knowledge.

But I was bored, and frankly, dying for a new series to delve into, so I said yes, and watched a couple of episodes. For those of you who haven’t seen the show before, I’ll give you the gist of the plot.

The show details the lives of these characters, and others who appear for a few episodes, with charming and quaint Stars Hollow as a backdrop. With plenty of heart, some helpings of drama and quippy dialogue, this seven-season series takes viewers through the happenings of everyday life.

After watching a few episodes, suddenly, I was invested, and surprisingly enough, so were my mom and my sister. My mom loves Hallmark movies, so naturally, the heavy emphasis on family life and mother-daughter relationship appealed to her. My sister was drawn to the close-knit nature of Stars Hollow and how Lorelei and Rory have rules for different things, from movie nights to grocery shopping.

And so it began — a tradition of sorts.

I stayed at home for the first week of fall semester, and nearly every evening, the three of us would trek down to the basement and watch a couple of episodes. The show proved to be both engaging and a lovely break from stress, which takes the form of different things for each of the three of us.

For me, it’s the responsibilities of senior year; for my mom, it’s work; and for my sister, it’s remote learning. For all of us, it’s this global pandemic that doesn’t seem to have an end date in sight.

Yet despite that, we’d found this television series we can all relate to and take comfort in. After returning to Oxford, I watch the show on my own, and my mom and sister watch together at home. When we talk on the phone, we chat about the show, making sure not to spoil anything since we’re no longer on the same episode. (I still have two seasons to go.)

Though hours apart and perhaps at different times, we’ve watched Rory talk about Harvard for years, and then, all of a sudden, commit to Yale. We watched her date Dean, then Jess, then Logan. We’ve watched Lorelei get engaged, freak out and end the relationship. We’ve watched Emily try to sabotage Lorelei’s love life. We’ve watched Luke and Lorelei banter over coffee and the diner’s no cell-phone policy.

And it’s by clicking the Netflix icon on my phone that I am transported (for 40-some minutes at least) to Stars Hollow — a town that celebrates the smallest of holidays and even makes up its own, to a cast of characters with vibrant personalities and a time far from the present.

And in light of all this craziness and uncertainty, I’ve found it quite a nice place to be. 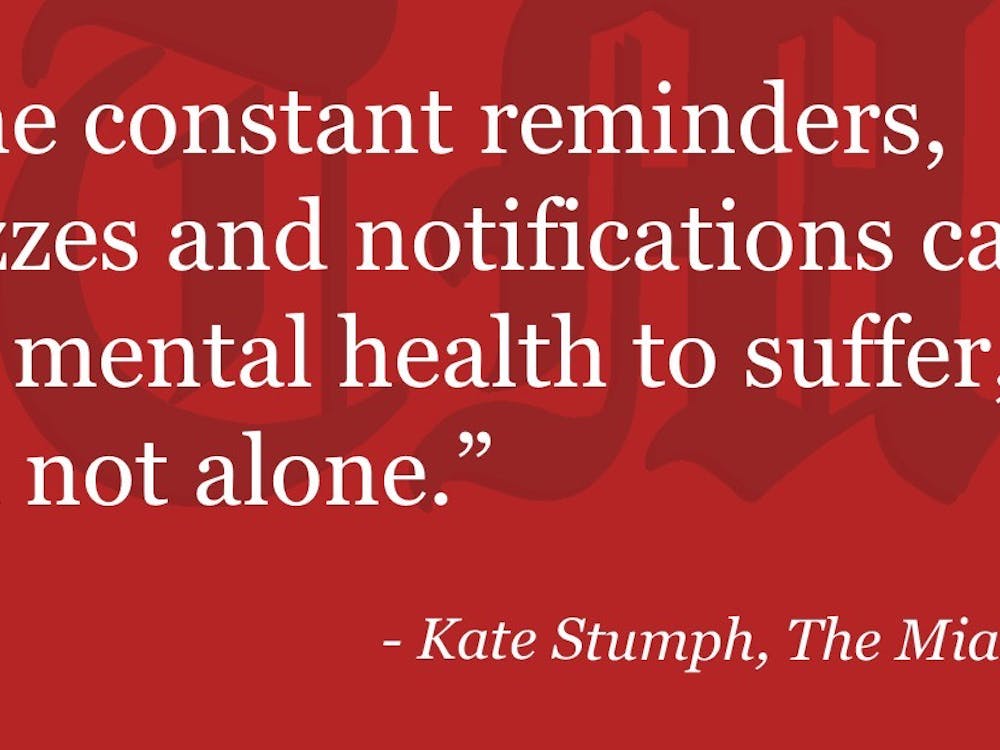 The constant reminders, buzzes and notifications caused my mental health to suffer, and I’m not alone.

Mulan, Mushu, and the Movie Theater

I miss sitting next to total strangers, a pal or even a hot date, and watching scenes unfold on the big screen as I slurp down a large Diet Coke and, on special occasions, a pack of Red Vines.