Disney has had a pretty strong track record in recent years, with series like “Phineas and Ferb,” “Wander Over Yonder,” a successful classic reboot of “DuckTales” and most notably, “Gravity Falls”.

With “The Owl House,” creator Dana Terrace and her staff create a compelling case for another strong addition to the Disney animated TV canon, but it’s not without elements that need tightening.

The show stars Luz (Sarah-Nicole Robles), a Dominican-American teenage girl who just feels too weird for real life. She’s enthusiastic to an almost absurd degree, bringing in snakes and spiders to add more flair to her school projects, so she’s sent to a summer camp to have some harsh reality drilled into her.

Luz has problems connecting to anyone in her real life, even her own mother, but luckily, she gets whisked into a fantasy world known as “The Boiling Isles.” Here, she meets Eda Clawthrone (Wendie Malick), a nonchalant owl lady with great power but little interest to use it, who lives in her “owl house” with King (Alex Hirsch), a destructive yet adorably pampered demon dog creature that feels like a PG Stewie Griffin at times.

Inspired by her favorite book heroine, Luz wants to spend her summer as a witch learning magic, something the show indulges her in by Eda exposing her to the wider world and the presence of a magic school a la “Harry Potter”.

It’s undeniably escapist fantasy, but in times like these, I think that’s more than welcome. The show’s setting is visually well-realized. It’s inspired by paintings by Remedios Varo, John Bauer and Hieronymus Bosch in line with Russian architecture, which helps give the world a distinct look. The animation maintains good quality throughout the show, and a handful of key scenes are so smooth they could pass for being in a 90s Disney animated film. Plus, if the show follows through well, Luz could end up learning lessons through her fantasy field trip that resonate with the show’s target audience in real life.

Creator Dana Terrace was formerly a storyboard artist on “Gravity Falls,” and for better or worse, it often shows. Aside from casting its creator Alex Hirsch as numerous one-off characters (aside from King), Eda’s character is almost point for point similar to Grunkle Stan if he were a female owl lady: a seemingly jerkish charlatan with a heart of gold but mysterious skeletons in their closet.

It still works in the context of this setting and pays off well here. “Owl House” tries to hit a similar tone that mixes mundane character moments with goofy scenarios. Sometimes this works well. Certain episodes are dead ringers for “Gravity Falls” stories, but regrettably, I didn’t think they were nearly as funny. It came close at times, but often with the exception of King’s jokes, it didn’t always hit that consistency.

The series has a whimsical, high-energy tone. However, what it wants to accomplish feels imbalanced. There’s this push-pull between whether the show wants to explore the fantasy setting full of limitless potential or take the “Harry Potter” route to mostly be about magic high school.

As a result, I don’t think the season really put enough into either element. There are a few nice peeks into the beyond of the Boiling Isles, but they’re limited enough to make one wonder what more would be like. Yet at the same time, certain elements of the world’s magic system suggest the school should take greater prominence.

In an interesting twist, Luz isn’t at the school for most of the season. The school initially seems like a complement to the wider world, rather than a limit the show can barely move past. The episode that does try to better connect the school aspect feels clunky, with certain abrupt twists and turns that give Luz an inflated sense of uniqueness. The school setting also introduces Luz’s two true companions, Willow and Gus. They’re cute and fit well in the show, but comparing them to King or Eda, they’re more plain.

For me, “The Owl House” is at its best when it focuses on character-related arcs with the capacity to expand over several episodes, and nowhere does this show do better than with Amity Blight.

Amity (Mae Whitman, best known for voicing Katara in “Avatar: The Last Airbender”) has the most thorough character arc over the course of the season. She starts out as a condescending teacher’s pet bully, the haughty rival often associated with Harry Potter-type stories, but that attitude is shown to come from a very real place of hurt. Every episode she appears in provides more and more insight into her character — what makes her tick, how she feels about her family, personal interests and former relationship drama.

For being in a fantastical setting, Amity’s troubles are presented in a fairly realistic way and Whitman’s voice acting really sells her. She has a lot of strong moments for both comedy and drama, but I’m left wondering where there is for the show to go with her in the future; can it keep that interest, or will her character be forced to stagnate? I hope it’s not the latter.

The strong treatment Amity gets unfortunately contrasted with other more one-off bully characters that feel more like the flat characters in a kids’ show they are. There are some prospectively interesting villains set up by the final episodes, but they’d need more time to truly come into their own.

To finally end with talking about Luz herself: she’s an adorkable spunk ball of energy with boundless enthusiasm to learn about the world, albeit without always thinking things through. This energy gives her great chemistry off the similarly chaotic King, as well as more grounded characters like Eda, Willow and Amity. Without spoiling anything, she’s also a more progressive female protagonist.

“The Owl House” is a good show full of charm, but it feels like pieces of a great show that need to land in the right spots. Can it keep suggesting interesting mysteries? Will it take better advantage of its worldbuilding with stronger focus? Or can flatter characters be propped up while keeping the dynamic ones interesting?

It’s not like there’s no capacity to improve. A second season is confirmed, so hopefully that will give it the opportunity to further validate this season’s choices. It’s a good series that I hope can become a great one.

The Owl House is currently available on Disney Now.

Producing theater is no cheap or easy feat, but that didn’t stop five Miami University students from teaming up last fall to launch a new theater company in Oxford. New Wave Theatre Company is an entirely student-run theatrical production group adjacent to Miami. Established in the fall of 2019, the group's mission is to produce a series of student-written and student-produced shows each year, with the goal of championing new works and new voices among the Miami community. 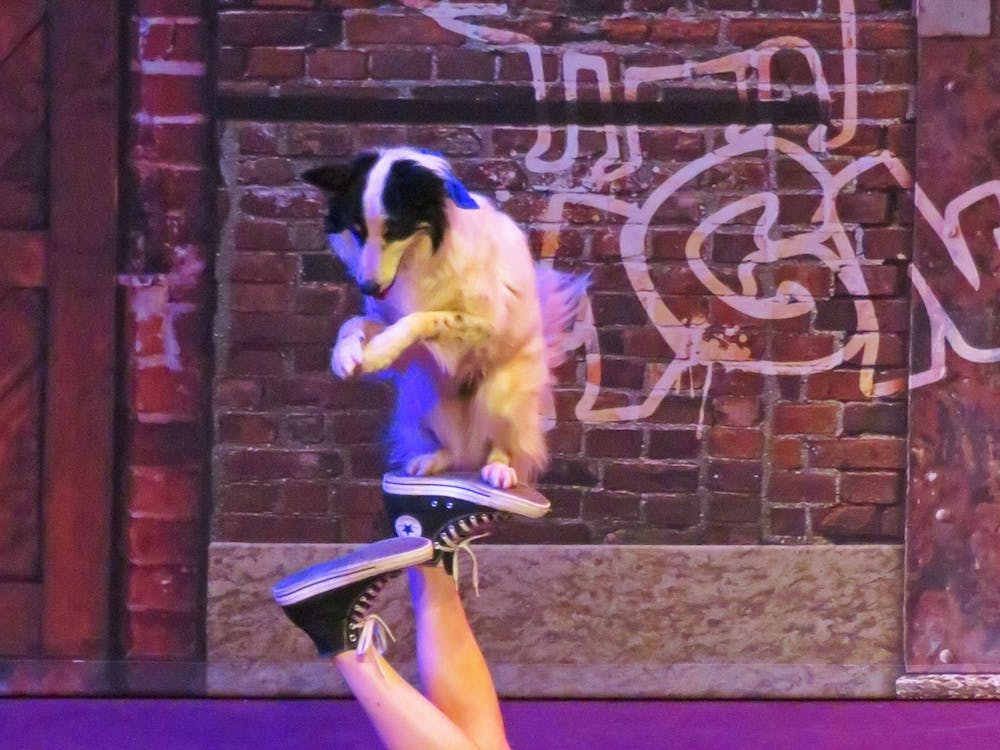