I knew a handful of her songs that were released back when I was in elementary school. I remembered her cameo in the Hannah Montana movie (circa 2009). I happened to come across her documentary, “Miss Americana,” and decided to watch it.

However, none of these instances were particularly memorable, so hearing news of her new album, “Folklore,” on Twitter hardly raised my eyebrow. (This is likely due to the fact that, until now, her latest contributions to the music industry were largely manufactured, sugary pop tunes.)

Her approach never made much sense to me. She was getting older, yet she still wrote young.

I remembered something about her strong storytelling ability, yet her recent songs hardly reflected it. I suppose I was waiting for more, which is precisely what I got when “Folklore” dropped on July 24.

The spontaneous album release surprised me — as I know it did nearly the entire world — and somehow or another, I found my way to Spotify and started listening. At first, the tracks served as relaxing background for my internship assignments, but slowly, the lyrics demanded to be heard, to be understood.

I quickly recognized Swift’s storytelling by way of thoughtful lyricism and vignettes of a time gone by, told through songs intricately tied together. “the last great american dynasty” offers so much in characterization, historical ties and parallelism that it ought to be studied in English classes. (That’s hardly something I would have said about her previous songs.)

“cardigan” details the arc of finding someone who accepts you for you, and though parts of it are admittedly a bit cliche, the themes carry a more mature tone. She references childhood tropes like “I knew you / Tried to change the ending / Peter losing Wendy,” and this conveys that sense of reflection, establishing a distance between her and childhood.

Gone is the old Swift whining about ex-boyfriends and petty dramas. “Folklore” debuts an older, more introspective songstress who appears to have grown up during quarantine.

In “mirrorball,” she admits she doesn’t hold all the answers. “I’m still on that tightrope / I’m still trying everything to get you laughing at me / And I’m still a believer, but I don’t know why / I’ve never been a natural, all I do is try, try, try.”

The instruments found in “invisible string” mirror the title, and some of its lyrics — like “One single thread of gold / Tied me to you” — sound light on the surface, yet feel heavy with reminiscing. These are songs Swift couldn’t have penned five years ago simply because she didn’t have the wisdom.

That wisdom is illustrated in her ability to offer pointed sarcasm without being overt in “mad woman,” where she sings, “Every time you call me crazy, I get more crazy / What about that? / And when you say I seem angry, I get more angry.” In earlier albums, she might have complained or strung a loud series of words together to convey her point, but the new Swift is quiet and thoughtful and seems to have mastered the art of the understatement.

She’s 30 years old now, and this collection of songs reflects that number. I hesitate to call any of the songs “sad,” but there are certainly hints of melancholy nestled in many of the verses. The lowercase song titles mirror the same sentiment.

Her decision to create this album the way she did has carried Swift into a new era, one that doesn’t mandate autotune or a pop princess. In this new era, her lyrics can morph and shift, painted by experiences that unfolded years ago, softened with time and newfound perspective.

She’s remembered that her original base of listeners have grown up, and she’s no longer afraid to write to them.

Plenty of people have hurriedly tried to determine the hidden meanings behind each song, and though I’ve looked into a few, I’m not in a rush.

To me, “Folklore” seems to depict the best and worst of these last six months, evoking pictures of isolation and emotional growth, all of which look different for each person. Lucky for us, this artist has the unique ability to gather these experiences and weave together an album we didn’t know we needed.

I know I’m late to the Taylor Swift show (metaphorically speaking), but that’s completely OK with me.

I found exactly what I was waiting for.

During quarantine, our sophomore and junior editors started to contribute to a monthly playlist where we would all put our five favorite songs for the month in a playlist. Below, all of the contributors posted their favorite song and a little explanation on why they chose it.

With a quiet campus and mandates against large gatherings, Miami’s community looks very different this fall. Many of the university’s clubs have found unique ways to keep their members motivated and participating even with changing regulations. 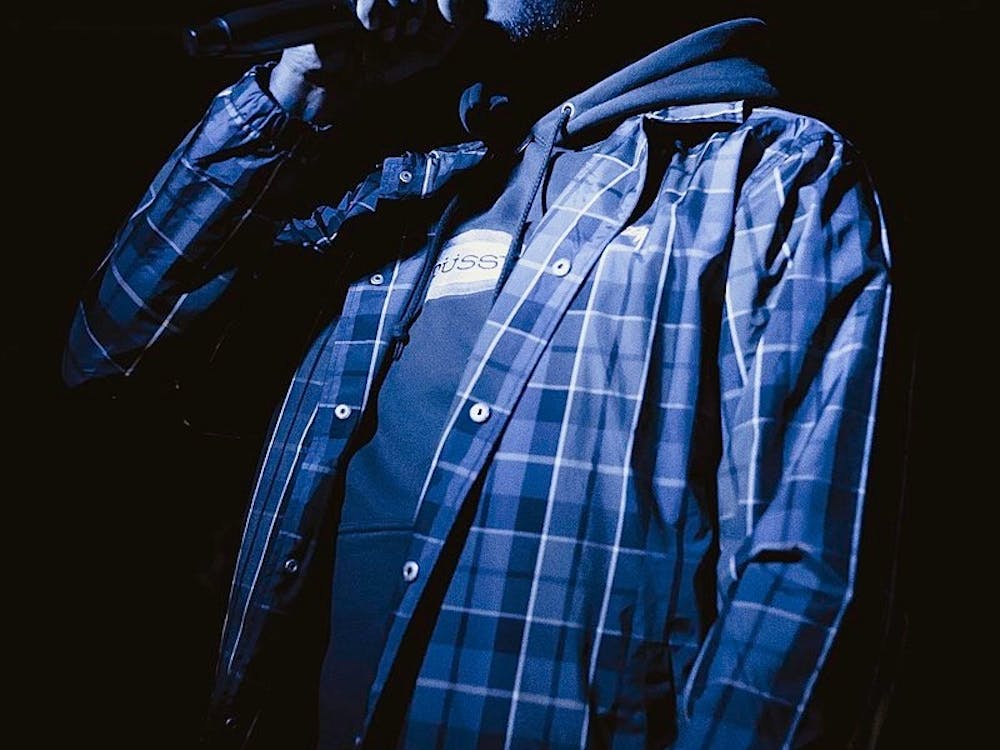