People are deciding to protest this stay-at-home order and more power to them. I don’t mind the fact that hundreds will die. I don’t mind the idea that my actions will adversely affect thousands. That's not important to me. What is important is the ephemeral economy.

Why should people live when the DOW is dying? If my stock is dying, then the whole world will collapse. What is the economy if not a reflection of the least fortunate capitalists?

The DOW is my life, and if people disagree, then they can talk to my financial advisor. I’d much rather lose my close family, my at-risk professors and my friends who are at risk but won't acknowledge it, than stop participating in this capitalist system. Why should I stop going to my middle management job just because it helps people who aren't me? I have a right as an American to slave over other people’s profits, and if I’m not allowed to do that then I will be pissed.

There is nothing more important than measurable labor (not like the labor women take upon themselves to raise our children that seems to never matter). Who am I to care about the underprivileged? I am a cog in the machine, and a cog does not succeed without condemning the screw. If I was poor, I would want the direct opposite, but thanks to President Trump, I’m not poor yet.

If people happen to struggle, that is on them. The economy is God, and human life is expendable (except my life because I embrace the system). Those dirty newsies only deserve what I give them, that is until I am them and I demand more.

Yep, I feel totally safe as a low-income American, but thank god I’m not low low-income, because then I’d be screwed. No need for future thought, I’m OK now and that's as far forward as I’ll go. If making America great again comes at cost to my own, then shit, string me up with the rest of the POOR. I’d rather die than be less than fascist. 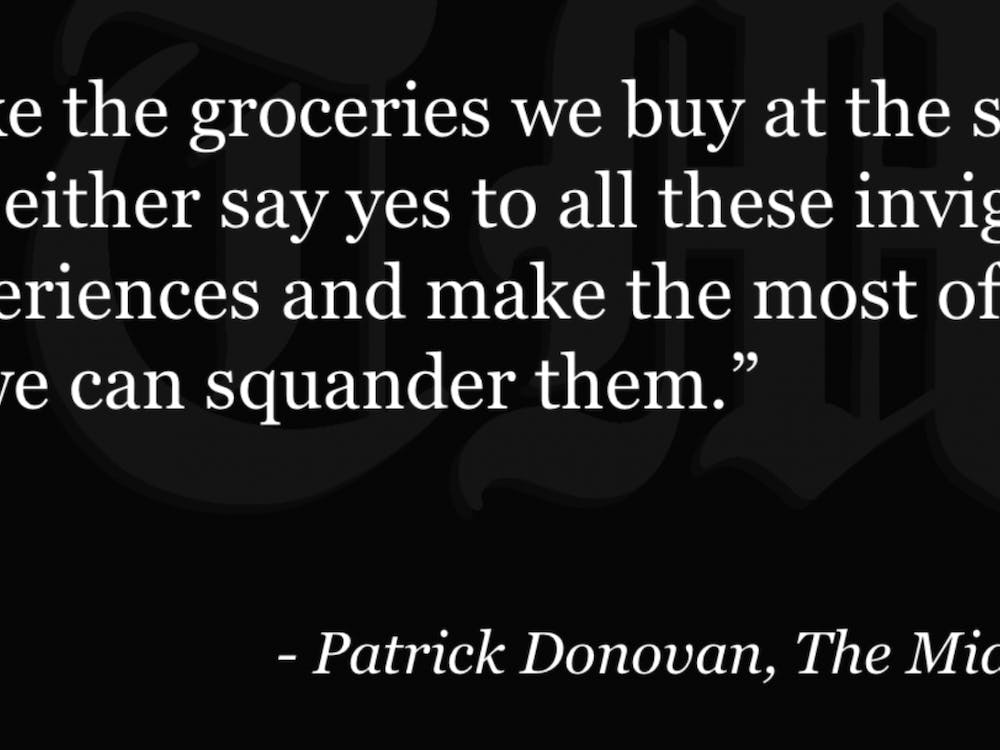 Like the groceries we buy at the store, we can either say yes to all these invigorating experiences and make the most of them, or we can squander them.