Although Miami basketball is currently going through a rough patch, the team has had its share of success over the years. It has appeared in 17 NCAA Tournaments and won the MAC regular season title 20 times.

The RedHawks have also had some outstanding individual players, including future professional All-Stars, NBA Champions and international competitors. Without further ado, here are the top five players in Miami basketball history, based on their accomplishments as RedHawks.

This was a no-brainer.

Harper’s name is all over Miami’s record books — he leads the RedHawks in career points, rebounds, steals, blocks and minutes played. Harper is the only member of Miami’s 2,000 point club with 2,377 career points, and his career scoring average (19.8 ppg) is the highest in RedHawk history. The 6’6” guard won MAC Player of the Year in 1985 and 1986, and was a first-team All-MAC selection each of his last three seasons in Oxford. Harper’s No. 34 was retired before his last game with the team.

The Dayton, Ohio native led Miami to three straight NCAA Tournament appearances from 1984-1986, and while the RedHawks lost all three games, Harper and his team still performed well. In 1985, he played against a future No. 2 overall draft pick, Len Bias, in a matchup against the Maryland Terrapins. Harper outscored Bias 26-25 in a one-point overtime loss.

Harper had his best season as a senior. He averaged 24.4 points, 11.7 rebounds, 4.3 assists, 3.3 steals and 2.3 blocks per game while shooting an efficient 54 percent from the field. This was enough for Harper to be named a consensus second-team Associated Press (AP) All-American, the first AP All-American in Miami history. The team suffered another overtime loss in the NCAA Tournament in Harper’s final game in a RedHawk uniform.

Harper played 15 seasons in the NBA, winning 5 championships with the Chicago Bulls and Los Angeles Lakers.

Szczerbiak was a scoring machine in his time at Miami. He’s second on the team’s all-time scoring list with 1,847 points and in the top ten of basically every other scoring statistic. The sweet-shooting forward is the most accurate shooter in Miami history, making 43 percent of his attempts from behind the arc for his career. His jersey number, 32, is now retired.

Szczerbiak was even better his senior season, averaging 24.2 points and 8.5 rebounds per game. He was the MAC Player of the Year, and his 775 points are still the most points scored in a single season by a RedHawk. Sczczberbiak was named a consensus second-team AP All-American, which no Miami player has achieved since.

Szczerbiak led the RedHawks to a berth in the NCAA Tournament, where the team made an improbable run to the Sweet 16. In the first round, Miami beat the seventh-seeded Washington Huskies, 59-58, thanks to 43 points from Szczerbiak. The All-American followed that up with 24 points against the second-seeded Utah Utes, leading the RedHawks to another major upset. Although the magical run ended with a 58-43 loss to Kentucky, Szczerbiak still managed to score 23 points.

The forward had a productive 10-year career in the NBA, appearing in one all-star game in 2002. Ohioans may remember Szczerbiak from his late-career stint with the Cleveland Cavaliers in 2008 and 2009.

Embry dominated the glass during his time in Oxford. The big man averaged 15.5 rebounds per game in his Miami career, the highest in team history. The 6’8” center routinely grabbed 20 or more rebounds in a single game, and had two games with 34 rebounds his junior season. Embry could also put the ball in the basket, as he averaged 25 points per game his senior year.

Although there was no MAC Player of the Year award back then, Embry was named first-team All-MAC his last two seasons at Miami and led the RedHawks to two straight NCAA Tournament appearances. His last year at Miami, the team claimed its first NCAA Tournament win in school history, defeating Pittsburgh 82-77. Embry’s No. 23 is retired by the team.

Embry arguably had the best NBA career of any RedHawk, appearing in five straight all-star games from 1961-1965. Embry also won NBA Executive of the Year twice as the general manager of the Cleveland Cavaliers.

Although the team didn’t have a lot of success during his time as a RedHawk, Foster still managed to be one of Miami’s best scorers of all time. The 6’4” forward finished with 1,183 career points and averaged 18.8 points per game for his career, the third-highest scoring average in school history. He was also a solid rebounder, averaging almost nine a game for his college career.

Foster’s last two seasons were his best, as he averaged a double-double in both seasons and was named first-team All-MAC in consecutive years. In 1968, he scored 26.8 points per game, which is still the highest single season scoring average in Miami history. Foster also grabbed 12.5 rebounds en route to winning the first ever MAC Player of the Year award.

Foster went on to have a ten year career in the NBA, playing for five different teams.

Bramos is the last Miami basketball player to win MAC Player of the Year, all the way back in 2009. The 6’5” forward is sixth in all-time scoring for the RedHawks with 1,515 points. He was also on the last Miami team to appear in the NCAA Tournament, losing to the Oregon Ducks his sophomore season.

Bramos improved every season he wore a Miami uniform, increasing his scoring average by five points each year from his freshman season to his junior season. He averaged 16.3 points per game as a junior and was named second-team All-MAC. Bramos had his best year as a senior, scoring 17.9 points per game and winning MAC Player of the Year.

Bramos has gone on to have a productive career overseas, winning multiple championships in Greece and Italy. Bramos has also competed internationally for Greece. 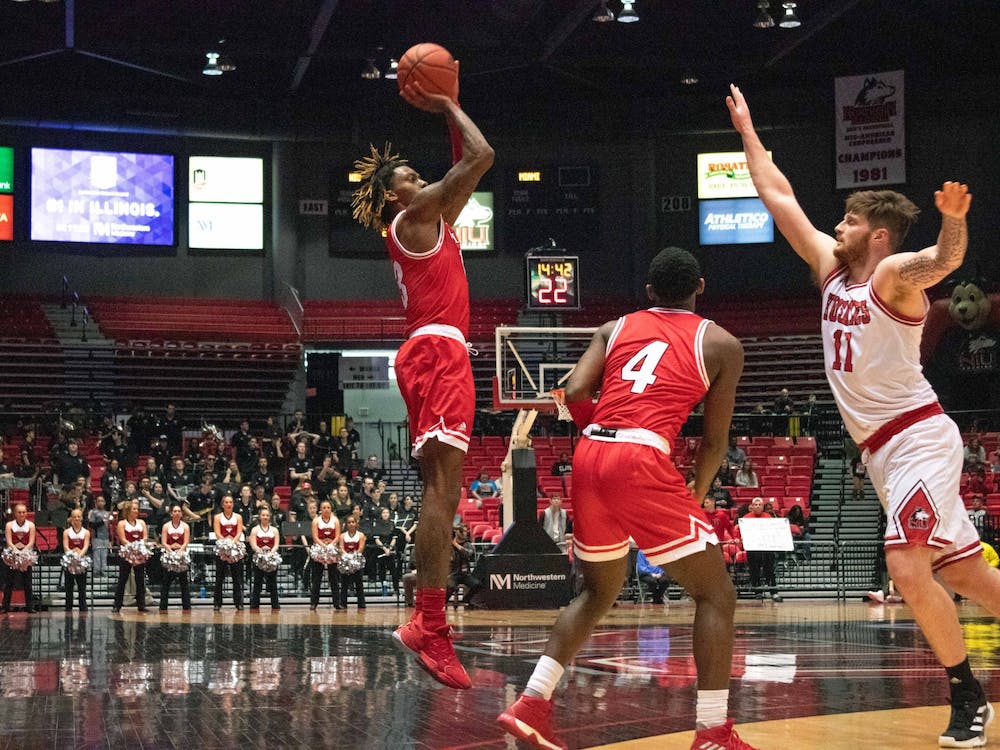