Just past the winding turns of Melissa Drive in Oxford, a small red mailbox sits out in front of one of the homes. Inside, the custom-built mailbox is full of novels, children's books and an array of reading material.

On the outside of the mailbox, a sign reads, “Santa’s Little Free Library Take a Book — Leave a Book.”

Retired auto mechanic Jim Brown said he first had the idea for his Free Little Library in December 2019. At the time, he just saw it as his next home project.

It wasn’t until Ohio began practicing social distancing due to the novel coronavirus that Brown was able to complete his project. He said he wanted to help people pass the time while stuck in their homes.

“I just kind of accelerated with that project and made it a priority,” Brown said. “When the virus thing happened, I just put it on top burner and finished it up and put it outside, and a lot of people seem to be stopping by.”

On March 13, the Lane Library in Oxford closed to the public. Brown said his library might help people who are affected by its closure.

“I’m hoping that they would take advantage of it since our library is closed and give them reading material to make the time go a little faster during this virus,” Brown said.

Brown, who is 79 years old, said he works with wood frequently in his shop. He constructed the library so community members could easily access books and donate their own.

After posting about his library on Facebook, Brown said he received donations of children's books from the uptown restaurant and bar Books & Brews, as well as other community members.

He also received a recommendation to disinfect new books as they were left.

“Even the new ones that people bring in, I’ve been trying to spot them and make sure that they're clean,” Brown said. “That's one thing that the Little Free Library group said to be sure to do so that we weren't spreading the germs through the books.”

Oxford Councilwoman Edna Southard mentioned the library during the March 17 council meeting. Southard lives in the same neighborhood as Brown.

“I’m very proud of the neighborhood I live in,” Southard said during the meeting. “Community members can get involved in helping everybody else, too.” 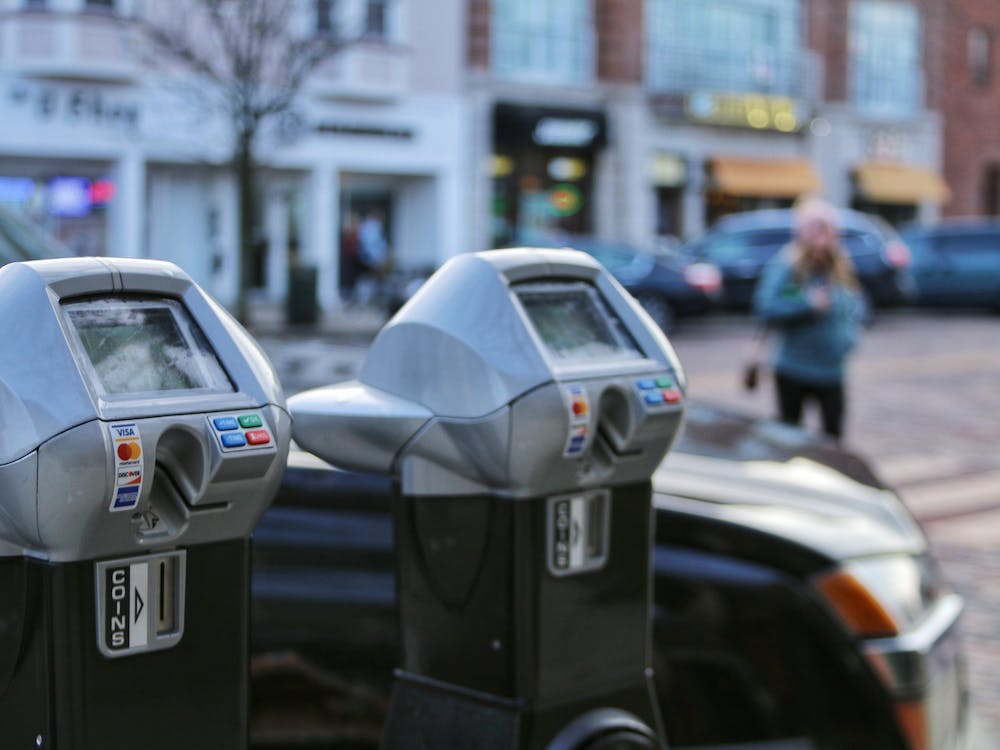 Oxford City Council, which broadcasted its March 17 meeting live, approved waiving all parking meter fees near uptown until further notice.  Vice Mayor Bill Snavely said he brought up this resolution in response to businesses being restricted to delivery and carry-out per Ohio Governor Mike DeWine’s orders.