Oxford is normally quiet without Miami University students on campus. But this time, it’s different.

The small college town usually simmers into a lull once students leave for both winter break and summer vacation. But with classes being moved online for the rest of the semester and Governor Mike DeWine’s stay-at-home order, many students decided to leave Oxford to be with family. For seniors, though, this decision meant walking away from the place they’ve called home for the last four years.

Every large in-person event was canceled, and many hubs on campus were closed in accordance with DeWine’s “no more than 10” recommendation. The realization that things weren’t going to return to normal was beginning to set in.

“College is over. My college experience is over,” senior marketing major Gabbi Malone said.

Then, on March 20, when President Greg Crawford sent out a university-wide email announcing that the 2020 commencement ceremony was canceled, seniors’ realizations were solidified. The day they had been waiting for since freshman year was now suddenly ripped away.

“I think I cried for over an hour,” Student Body Vice President senior Dante Rossi said. “I called my parents, I called my friends, and we were all on the phone crying basically like, ‘Oh my god, I can't believe this is happening.’”

“You spend three-and-a-half years at your favorite place in the world, and literally in 24 hours, everything just seemingly gets canceled,” Rossi said.

Ten days later, Crawford sent out another email announcing a weekend in September dedicated to seniors. During this weekend, graduated seniors have the option of attending “divisional recognition ceremonies” where they can walk the stage and hear their name called in front of family and friends.

“That moment of the student walking across the stage and having their name read, there is no other substitute for that,” Vice President of Student Affairs Jayne Brownell said. “We know that not everybody's going to be able to make it back … and by the time they get to September, it may not feel as important. But we want to give everybody the opportunity to be able to do that live and in person, if that is a priority for them.”

Although seniors are excited to have this opportunity to recognize their achievements, planning how they will get back to Oxford worries them.

“I'm grateful because I want my graduation ceremony. But [I’m] just thinking, logistically, of all the things that now are gonna have to be put into place,” Malone said. “[For graduation], it's booked. All the hotels are literally booked a year in advance and that’s just for parents. So now, 2,000 plus kids also have to find housing. Where are we supposed to stay?”

Rossi echoed these concerns and said that, although he is thankful for the opportunity to have a ceremony in September, he wishes there was a way Miami could help students mitigate costs.

“I just spent $2,400 booking an Airbnb for graduation weekend,” Rossi said. “Had we just had a normal graduation date, all of my roommates and my family would have stayed in my house for free. Now I have to pay X-amount just for them to come back for a three-day weekend.”

Brownell said the university won’t be able to alleviate the costs for seniors and their families and understands many hotels in Oxford may be booked. She said she’s encouraging families to look in the Cincinnati area for other options.

Seniors also want the university to know that online classes and graduation aren’t the only things on their minds. Even after losing her on-campus job, Malone said she still has to worry about paying rent, utilities and other expenses.

Rossi said coming to terms with how the last few weeks have played out due to the coronavirus has been “heartbreaking,” but he applauds the university for its efforts.

“I wish that none of this ever happened,” Rossi said. “I wish we were just having our graduation ceremony in May like we were supposed to. But under these circumstances, I am so thankful that they're still making sure that we are going to be recognized, and that we are going to come back and have one weekend all together in Oxford.”

Brownell said she understands how seniors may be feeling, but she doesn’t want this semester to diminish their accomplishments.

“I understand and really feel for them — this incredible sense of disappointment that they must have — and it's important to label that and [recognize that] but not let it [overshadow] all of the celebration that they still deserve,” Browell said. “Commencement. The word itself is about leaving and starting fresh. That doesn't mean you leave all of your memories behind and your friendships and your connections and your growth and everything that was special. All of that is still going to exist for them.”

Although the semester did not end the way she had anticipated, Malone thinks the Class of 2020 has made a profound impact on Miami’s campus. 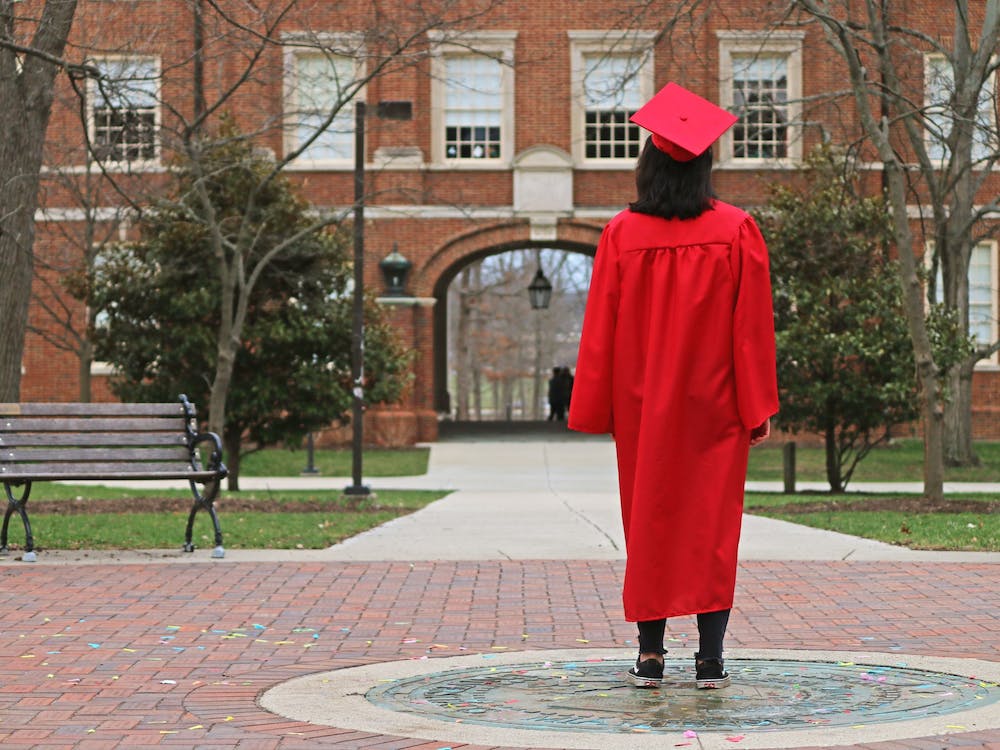 University President Greg Crawford announced the cancellation of this year’s commencement ceremony due to concerns of the spreading of novel coronavirus in a university-wide email Friday.