Caroline Saldivar first attended “Wingo Wednesday” at Left Field Tavern with a few friends a week before the start of the spring 2020 semester.

A night combining a $0.70 wing deal with bingo, Wingo cycled through rounds of the classic game of luck. Prizes wenrg to the winners of each round.

Saldivar, a senior middle childhood education major, was instantly hooked and told the rest of her friends about the discovery.

“We were like, ‘this is the best thing ever,’” Saldivar said. “So we convinced everyone else to tag along.”

And thus, her six-person intramural curling team’s weekly expeditions uptown for Wingo began. An eclectic group of seniors who’d met each other at different points throughout college, their Wingo group wound up expanding to a group of 15 at one point.

Before long, disaster struck. The ongoing pandemic ceased large gatherings and sent the curling team to quarantine in their separate dwellings in and out of Oxford.

That’s when senior supply chain and analytics double major Nick Arnold saved the day. Arnold found a Microsoft Excel program that generated random bingo cards and sent one to each of his curling teammates, opening the door for virtual Wingo Wednesday.

The very next Wednesday night, the team fired up Zoom and got right to playing.

“It was perfect for us, since we all have the mental capacity of a third grader,” Arnold said. “[The program] had state capitals, country names, not really our type of bingo. But we’ve now configured it for Wingo.”

Because the group of six doesn’t have access to the usual prizes – free shots and Keystone Light t-shirts among the regular rewards at Left Field Tavern – they started awarding prizes of their own.

“It wasn’t anything that any of us ever really cherished, I don’t think. I mean, maybe,” Saldivar said.

The night of April 8, Left Field Tavern hosted its own virtual bingo night over Instagram Live. The team partook but found that it didn’t quite match up to its own Wingo substitute.

Aside from virtual Wingo nights, the team also gathers for game nights to play games like Cards Against Humanity, “Jackbox Party Pack” games and Scattergories.

“It’s making sure we hang out every week at a set time so we stay sane and see our friends,” Dudt said.

And although she’s at home with her family, Saldivar’s family recognizes how important she considers the weekly ritual.

“My family even knows if it’s a Wednesday or Thursday night, they know that I’m going to be going away and having a game night with my friends no matter what,” Saldivar said. “It’s built into the routine.”

During her last semester at Miami, senior kinesiology major Natalie White was looking forward to attending karaoke night at Brick Street for the first time.

She never made it out to Brick Street’s Monday night event before Ohio’s bars and restaurants closed due to the pandemic.

But she was in luck.

“That was our goal, to have Natalie sing at karaoke,” Pettit said.

They sang hits by Lady Gaga, songs from “High School Musical” and other personal favorites. Armed with YouTube videos to provide the music, they sang their hearts out into makeshift microphones – Wii remotes, specifically – to create the homemade karaoke night experience.

“I finally said I was gonna go to karaoke, and then we never went,” White said. “So we had our own.”

And White finally got to have the Brick Street Monday night experience she’d never had – singing “Bottoms Up” by Trey Songz featuring Nicki Minaj.

“It’s kind of our tradition of our friend group to go [to trivia],” Pettit said.

So White came up with the idea to do trivia night at home and enlisted her boyfriend to help create the experience. He created a Jeopardy!–inspired trivia game with categories ranging from Miami buildings to facts about President Greg Crawford.

As with Top Deck’s trivia night, other categories contained questions relevant to current events, such as coronavirus facts and words ending in “–emic,” like “pandemic.”

While quarantine trivia night and homemade karaoke aren’t an exact replica of the nightlife experiences they’ve come to know and love, the housemates treasure their at-home activities for different reasons.

“It’s great entertainment,” Pettit said, “which is nice for me.”

“It’s something different to do than sit around and watch TV, or [doing] homework,” Hausserman said.

And ultimately, with a lack of structure in the wake of the pandemic, they’re just thankful to have something.

“Part of it is trying to keep the routine,” White said. “Wednesday nights, we always went to trivia, so we’ve done the trivia nights on Wednesdays. It’s just having something to look forward to when there’s not anything going on.”

“I think it’s a really great opportunity to create this cool story and show who we actually are,” Jack Sorenson said. “It’s going to be really cool next season, because coming out, you’re going to be able to see real clearly what teams have been training — the teams that actually wanted it — and the teams that didn’t." 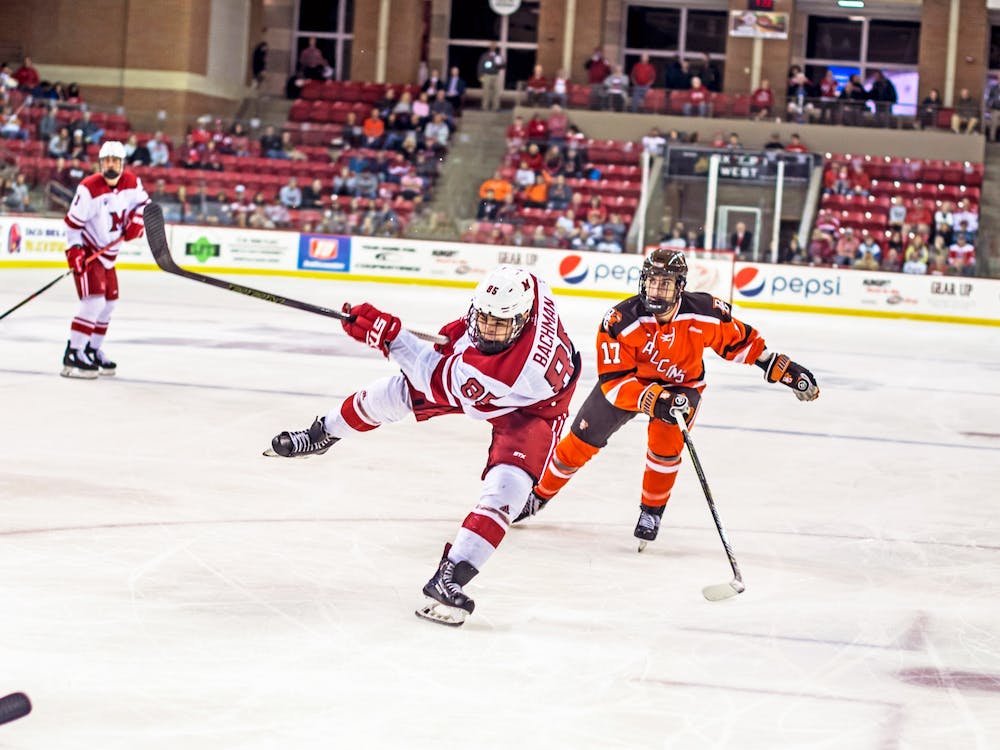