As spring break began, I sat in my room with nowhere to go and nothing to do. I have always loved baking, and I figured I would now have all the time I needed to master it.

First, I had to put together a list of things I wanted to bake. I found old family recipes and recipes from the New York Times cooking page. I also drew inspiration from the many tv shows and movies I was binge-watching.

I made raspberry turnovers after watching “To All the Boys: P.S. I Still Love You.” I have also made chocolate fudge pies, a peach cobbler and a milk and honey cake. However, the standout in my baking endeavors thus far has been the strawberry scones I attempted after binge-watching the show “Four Weddings and a Funeral” on Hulu.

The show is set in the United Kingdom and follows four Americans through their lives there. While the show was interesting enough, it only had ten 50-minute-long episodes, and I finished it in two days.

Seeing as scones were not shown once on the show, I cannot explain where the idea stemmed from. But the idea that they must have been eating scones because they were in London motivated me to try and make them.

I have only ever had scones twice, and both times were rather unenjoyable experiences. Scones are sort of rock-like, and there isn’t much sugar in them, but I convinced myself that I could make them delicious.

Usually my mom helps me with my baking, but this time I started on the scones at 1 a.m. and was armed only with a recipe from a cooking blog and various ingredients:

First, preheat your oven to 400 degrees Fahrenheit. Then, cut up the strawberries into small pieces and add one tablespoon of sugar. I recommend cutting each strawberry into about four pieces.

Next, mix all of your dry ingredients into a large bowl. Add the butter and use two knives to cut into the mixture until it resembles small peas. This process takes a while, so to speed it up, you can use your hands.

Mix this together with a spatula. Once it is fairly mixed, start using your hands to knead it together.

As I kneaded the dough, my hands were covered in the sticky substance because I had failed to add enough flour. I finally remedied the goop by adding another cup of flour.

Once the dough is ready, turn it onto a floured surface and shape it into an eight-inch round ball. Cut the dough into eight “triangles” and place them on a cookie sheet lined with parchment paper.

Before popping them in the oven, spread the egg wash and sprinkle some sugar over top of the triangles. They should bake for 20-30 minutes. Really, as long as they appear golden brown on top, they are done.

When I pulled them out of the oven, they looked delectable. They had a nice golden color, and my kitchen smelled like a bakery.

As I sipped my chamomile tea waiting for them to cool, I felt accomplished. Little old American me had mastered scones.

To my surprise, they didn’t taste quite as good as they looked. In my attempt to make them better than the ones I tasted in the past, I added a little extra sugar and vanilla extract. They were a little doughy, and I certainly would not consider it one of my best baking feats.

However, with a little butter and honey, they tasted just fine.

The recipe is pretty simple if followed correctly and attempting to make these scones has so far been one of the highlights of this quarantine. 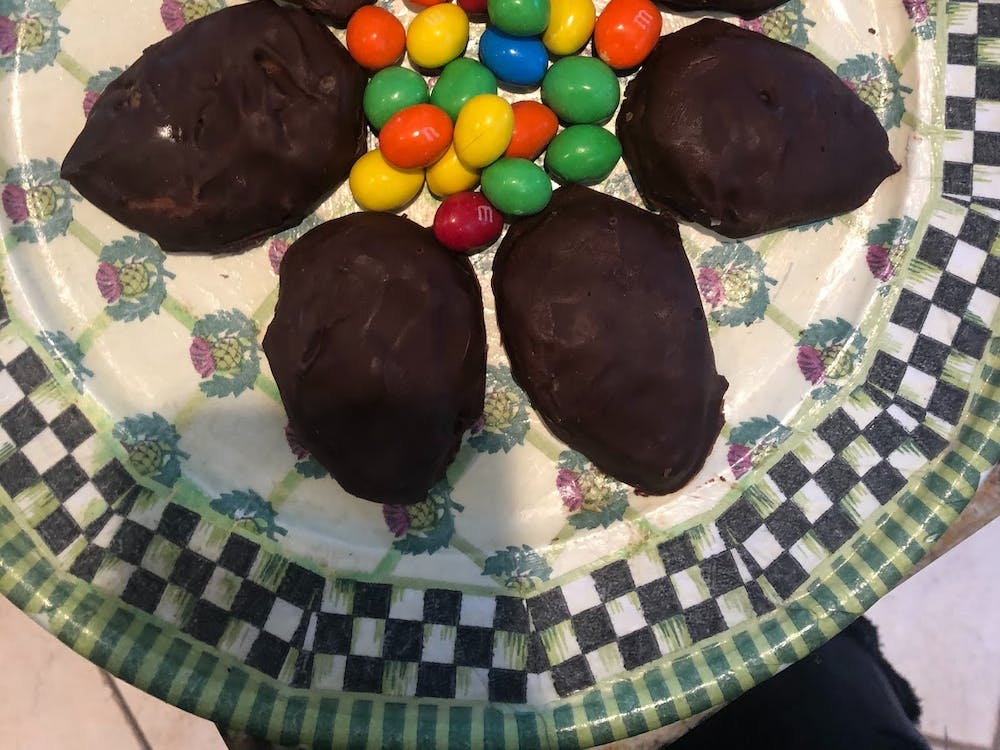 Miami announced today in a university-wide email that registration for the fall 2020 semester has been pushed back due to disruptions caused by the transition to remote learning and campus closures in light of the spread of novel coronavirus.