In the nearly-packed Leonard Theater, the audience was greeted by none other than Dr. Kareem Khubchandani, otherwise known as LaWhore Vagistan. Khubchandani is an assistant professor in the department of theatre, dance and performance studies at Tufts University.

In the lecture that also doubled as a drag show, the self-proclaimed “drag queen with a clicker” discussed topics that spanned from globalization, black feminist theory to islamophobia.

Khubchandani performed in the show in drag as Vagistan and referred to themselves with feminine pronouns.

As a South Asian, Vagistan focused on how upsetting it is that so many Indians overseas who work at call centers are trained to lose their accents in order to speak like their American customers. By studying episodes of the sitcom “Friends” and songs by Billy Joel, Indians are assimilated into American culture, and even adopt “American” names like Sandra and Peter.

During the performance, Vagistan lip-synced to real Indian women sharing their stories.

“I know all about call centers.” Deleon said. “Being of Phillipine descent, I know how big of a place it is for that [industry]. It’s really sad to think that people can only make money if they sound American.”

Vagistan argued society can learn from black women and their experiences.

“We have to listen to more black women and what they’re telling us,” Vagistan said.

After citing her own work, “Voguing in Bangalore,”she segued into a medley of one of her favorite South Asian black feminists of our time:

Not only did she lip-sync some of Minaj’s classic songs like “Super Bass” and “Beez in the Trap,” she also dramatically mouthed along to the infamous interview in which Minaj clearly defines the double standard women are held to in the entertainment industry, compared to their male competitors.

She ended the lecture portion of the show by addressing the islamophobia in today’s society bylip-syncing powerful epithets spoken by Muslim activists like Linda Sasour.

The show was also littered with audience participation. Vagistan quickly chose a girl out of the audience to be her assistant near the beginning of the show to help her change outfits between topics. She even gave her a drag name.

The Tufts professor actually gave the whole audience a way to create their own drag name: your pet’s name and the place you were born. (Mine is Baboo Parma, if you were wondering.)

At the end of each topic she covered, she opened the floor and gave everyone the opportunity to ask questions related to the topic, the art of drag or their feelings about the show.

Vagistan also hosted her own version of “RuPaul’s Drag Race” by pulling participants out of the audience to do their best runway walks and even challenged two of the participants to a lip sync battle of Carly Rae Jepsen’s “Call Me Maybe.”

The winner of the competition, Milo Miami, otherwise known as sophomore theatre major Charlotte Snee, highlighted the importance of programs like this coming to Miami.

“Especially being a broadly-white campus,” Snee said, “it’s very important to not only see representation from people of color, but women of color address topics like gender identity and to begin having the conversation people too often shy away from.”

Vagistan definitively ended the show with a highly sexually suggestive performance of Aladdin’s “A Whole New World” and a powerful, show-stopping rendition of Celine Dion’s “It’s All Coming Back to Me Now.”

Sophomore English major Max Dallinga was impressed by the fact that Vagistan was able to transition between topics as smoothly as she did.

“She was able to mix the culture of drag with black culture and South Asian culture and make it all educational,” Dallinga said.

LaWhore Vagistan definitely left her mark on Miami’s campus, and as Snee said:

“Go see a lecture by a drag queen. Why wouldn’t you?” 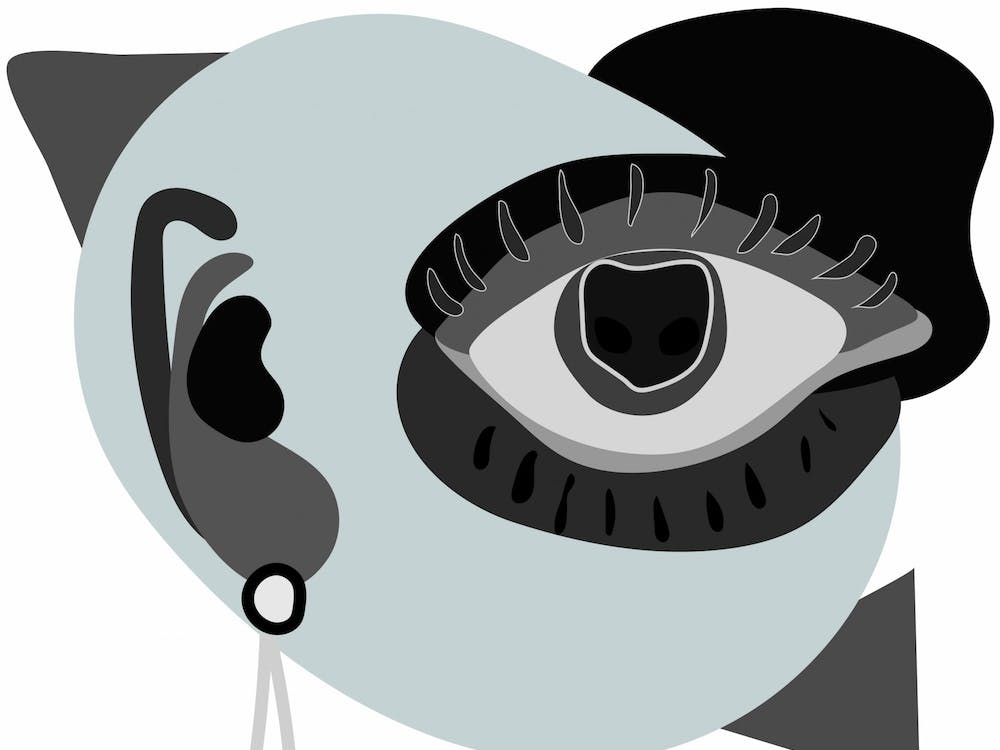