The team lost, 82-69, to Bowling Green, who the RedHawks beat by 21 on the Falcons’ home floor earlier in the season. Miami has now lost seven straight games, five of them by double digits.

Wednesday was senior night for the RedHawks, so seniors Lauren Dickerson, Savannah Kluesner and Bree Paulson were honored in a pregame ceremony, along with their families.

For Dickerson and Kluesner, it was an emotional night, as both of them have had successful careers in a RedHawk uniform. The pair has also stuck together through adversity, including turnover at the head coaching position.

“Again, I say it, I’ll continue to say it: three coaches in four years is not easy for anyone,” head  coach DeUnna Hendrix said. “For Lauren and Sav to be as resilient as they’ve been is pretty incredible.”

The RedHawks scored the last seven points of the period, cutting BG’s lead to 18-12 after one quarter.

With seven and a half minutes left in the second quarter, Dickerson finally scored her first points of the game.

Coming into the game, the senior guard was just 14 points away from becoming Miami’s all-time leading scorer in women’s basketball. With Dickerson averaging 17.3 points per game coming into tonight’s contest, the record was within her reach.

It didn’t happen, though.

Dickerson had a poor shooting night, as she scored just eight points on 4-of-23 shooting from the field and missed all six of her 3-point attempts. It was a frustrating night for Dickerson, as she just couldn’t seem to find the bottom of the net. A few of her attempts went halfway through the hoop before falling out.

Although her shot wasn’t falling, Dickerson still impacted the game in other ways, dishing out 10 assists and grabbing three steals.

Hendrix was still proud of her star point guard.

“I think she grew in ways she didn’t even know she grew today,” Hendrix said. “It takes a lot of courage to go out and continue to want to play when you’re not shooting the ball well.”

The rest of the second quarter was back and forth, as the Falcons were able to keep their lead between five and 10 points for the rest of the quarter.

Miami junior guard Kenzie Schmitz hit three shots from behind the arc in the second period, including a buzzer beater to cut BG’s lead to 39-33 at halftime.

Kluesner had it going early in the second half for the RedHawks, scoring seven points in the first four minutes. After a Kluesner basket and the foul, Dickerson, who missed her first three shots of the quarter, was taken out of the game.

When Dickerson was subbed out, her coach pulled her aside for words of encouragement. Hendrix told Dickerson she had nothing to prove and to have fun.

“It’s the last time on the court,” Hendrix said. “You don’t wanna remember it as what you’re not doing or what you’re trying to do.”

Sophomore guard Vanessa Garrelts came into the game for Dickerson and immediately made a three, cutting the RedHawks’ deficit to one. A few plays later, freshman guard Peyton Scott made a jumper to give them their first lead since early in the first quarter.

Although Miami was ahead, 54-51, after three quarters, the team unraveled in the fourth.

Junior guard Madison Parker made a triple to put the Falcons up by two with seven minutes left, and the team never looked back.

With BG leading by eight with less than two minutes to go, Kluesner committed an offensive foul, her fifth of the game. The veteran forward, who didn’t exactly agree with the call, was forced to sit for the rest of the game, her last at Millett. For the RedHawks, it was one of a few calls that didn’t go their way on Wednesday.

“A lot of things that I can’t say are going through my head,” Hendrix said. “Because the kid is battling, she is doing everything she can, and she doesn’t get too many calls her way.”

Bowling Green iced the game at the free throw line.

Dickerson was subbed out of the game with 19 seconds remaining and received a standing ovation from the RedHawk faithful. She went down the bench, hugging all of her teammates as time expired.

Although Kluesner fouled out, she was still the team’s leading scorer with 17 points. Scott was the only other RedHawk in double digits, with 14 points.

Miami plays its last regular season game this Saturday at Ohio. The game starts at 1 p.m. and will air on ESPN3. 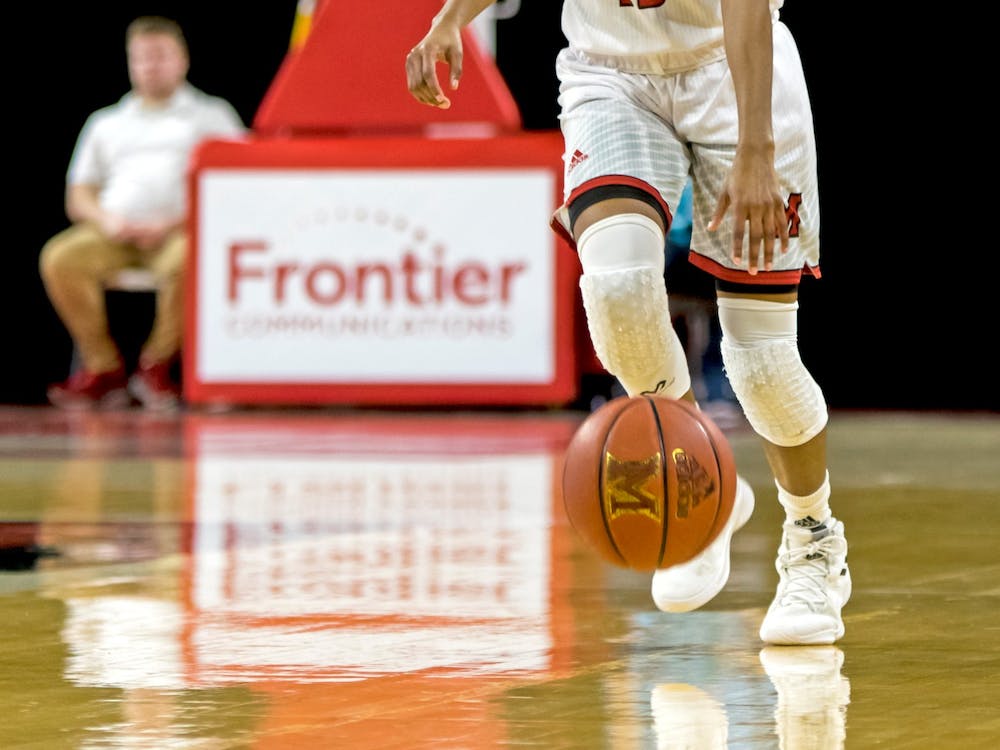 On a day honoring Miami great Darrell Hedric, the RedHawks turned in a great performance to beat one of the premier teams in the Mid-American Conference.