Two weeks ago, the RedHawks felt like they were finally building momentum.

On the heels of a five-game losing streak early in conference play, the team had won three straight, and though it had just lost to Central Michigan, it was a competitive game with the Mid-American Conference’s best team. The RedHawks seemed poised to build on their recent stretch of solid performances.

Since then, the team has lost three straight, including a five-point loss to Kent State last Saturday.

It’s been a combination of poor circumstances and an inability to win close games that has led to the losing streak.

Miami University’s first game after Central Michigan was against Northern Illinois on the road, which resulted in an overtime loss against the Huskies. The RedHawks were missing freshman guard Peyton Scott, who didn’t travel with the team due to an illness.

Although Scott was back for Miami’s next game at home against Ohio, the RedHawks couldn’t get the win against one of the MAC’s top teams, as the Bobcats led by as many as 30 points in the third quarter in an 84-70 RedHawk loss.

The team’s fourth quarter comeback against Kent State wasn’t enough to stop the skid, as the Golden Flashes scored the game’s last six points to win 80-75.

During the four-game losing streak, the RedHawks have been a poor defensive team, giving up 80 or more points in all four contests. Buffalo scored 86 points in its victory at Millett Hall earlier this year on 56 percent shooting from the field, so the RedHawks will have to bring their ‘A’ game defensively.

The outstanding career of senior guard Lauren Dickerson will soon be coming to an end. Dickerson, has only four more regular season games left in a RedHawk uniform, plus any postseason games. After Saturday’s game, she is now just 50 points away from breaking Miami’s all-time scoring record for women’s basketball. Dickerson carried the RedHawks with 32 points in their double-digit loss last game against Buffalo, so expect more of the same this time around.

Miami drops Battle of the Bricks on Love.Honor.Care Day

You can’t always win, but you can always fight. 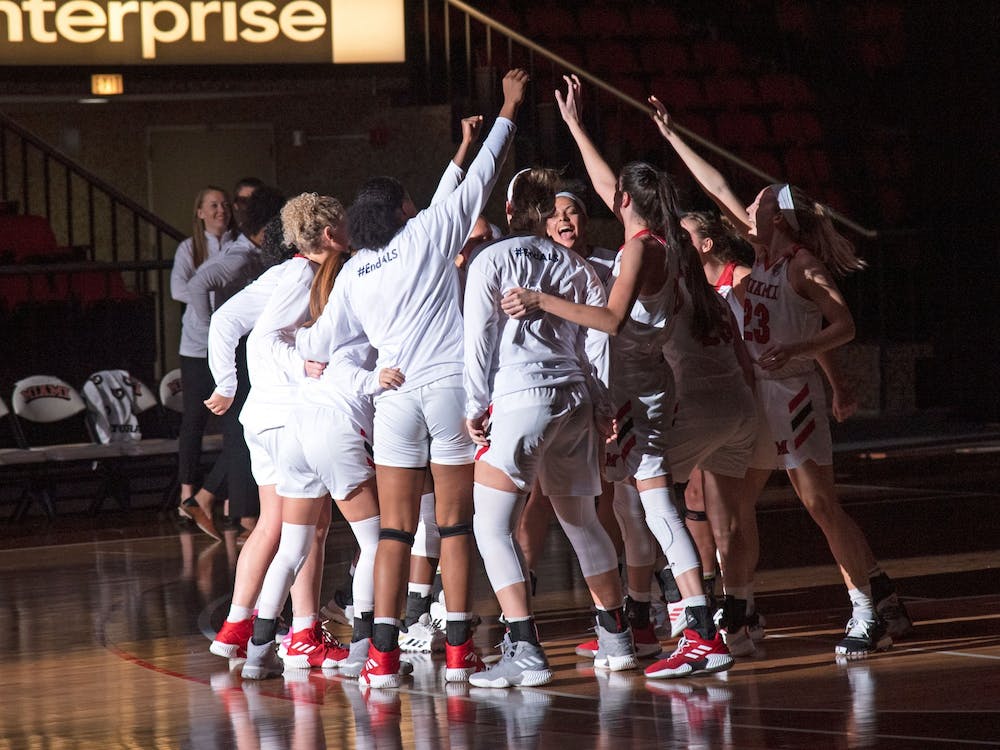 Miami's recent stretch of games has moved it into fourth in the MAC East with a 4-7 conference record.