Armstrong Pavilion is a large room, but last Saturday it felt small as people of all different backgrounds came together as one to celebrate the Korean holiday “Chuseok.”

This holiday, which is typically celebrated in September, is a Korean Thanksgiving, with the purpose being to gather with family and share stories and food.

The Korean American Student Association (KASA) hosts this event each year, but usually has it later in the semester in order to give themselves more time to plan the event.

The event kicked off at 5 p.m. and, before entering the Armstrong Pavilion, guests were handed a pamphlet that explained the schedule for the Thanksgiving.

While free food was provided, guests had to travel to at least three different booths before they could enjoy the meal.

Each booth was named after a city in Korea: Pyongyang, Seoul, Daegu, Busan and Jeju Island.

Different activities could be found at each location.

One booth was dedicated to traditional Korean games and displayed games that people could try. A Korean version of hacky sack, called Jegi Chagi, was available for guests to kick around.

Another booth promoted the nonprofit organization “LiNK,” which stands for Liberty in North Korea. The organization advocates for the people of North Korea. KASA provided guests with information on how they could get involved.

After learning about Korean traditions and food, people migrated to the chairs set up in the middle of the room, facing the wooden floor that would serve as a stage.

Around 6:45 p.m., the president of KASA, Eric Cheng, and vice president, Kayla Stone, introduced the performers for the evening.

The first act was the Miami University Martial Arts Club. Members of the organization demonstrated their skills to the audience, some even breaking wooden boards with their bare hands and feet.

The next three performances were by different K-pop dance groups: Itzy, (G)-Idle and O’Nite Vibes. Itzy and (G)-Idle imitated the names of actual K-Pop girl groups.

“[KASA] gives people that don’t know a lot about Korean culture to learn more about it in a comfortable environment,” Collier said.

She’s had an interest in the culture ever since she watched a Korean drama on Hulu and wanted to learn more about the people featured in the show.

The vice president of the Asian American Association, Jakin Wu, was also in attendance. The sophomore engineering management major used his organization, which works closely with KASA, to advertise for the event.

Wu found importance in “seeing all the cultural aspects, especially seeing the combination of more traditional as well as modern” at Chuseok.

The evening wrapped up with the Cheng and Stone thanking everyone for coming out. While the event technically ended at 7:30 p.m., several people stayed after to take photos with one another.

Although it was Cheng’s first time as president putting on Chuseok, he was impressed by the turnout.

The Korean Thanksgiving gave people the opportunity to not only learn about a new culture but also experience it with friends and unfamiliar faces.

“[I wanted to] raise awareness because, in my opinion, Miami’s campus is predominantly white and [there aren’t] many Asian events,” Cheng said. “So, I just wanted to have an event where people could come and learn more about Korean culture and just have fun.” 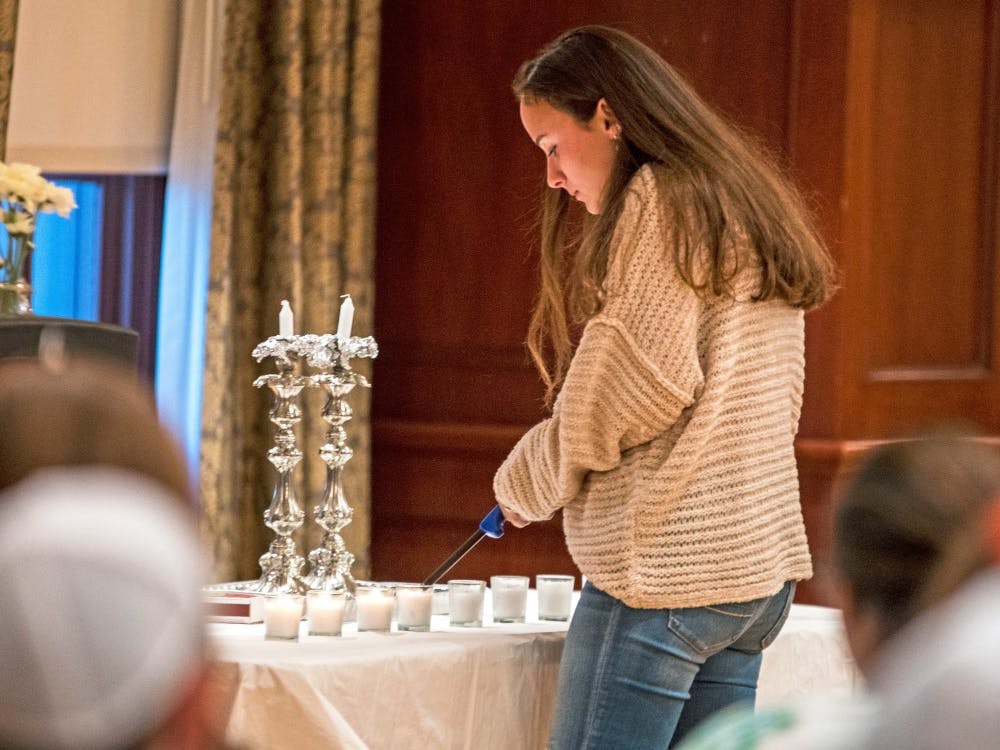 After the shooting last year, #ShowUpForShabbat became a worldwide initiative to show support for the grieving Jewish community. People of all ages, religions and backgrounds expressed their sympathy and stood by the community in unity.  This year, Hillel and Chabad wanted to keep this initiative alive along with the memories of those who lost their lives. Both organizations opened their arms, inviting the Miami University community to participate in a special Shabbat service and memorialize alongside them.