I hated rap as a kid.

Yet my entire family has always had a proverbial love for rap/hip-hop music.

My mom had a deep love for Tupac. She remembers exactly where she was when she got the news he had been shot. My dad — a dedicated Biggie fan — was her direct rival. Lil Kim, Snoop and Jay-Z were also among the artists that would play throughout my house.

My music taste was solely limited to R&B and soul. At the time, I was dedicated to my faves: Lauryn Hill, Justin Timberlake, and D’Angelo. The thought of cheating on them with another artist outside of the genre was too much for my young self to handle.

For a while, there no rap artist that could hold my interest. Sure, I love the hip-hop classics “Big Poppa,” “No Diggity” and “Hypnotize” for example, but those are only singular songs. There was never an entire hip-hop album that held my interest from start to finish.

That is, until Kanye came around.

‘The College Dropout”, his first studio album, was like nothing I had ever heard before. The production reminded me of the R&B songs I had grown to love and his lyrics were a change in tune from the artists that came before him.

There was music, but with a message. Between songs, Kanye would insert skits that would double as comedy, but also shared his feelings about the real benefits he thought college has to offer. Long story short — to him, there aren't many.

Kanye thinks college is a scam. Yeah, you may be smart as hell, but all college has to offer is a degree and a gateway to a job without much space for passion or creativity.

And also, you’ll be broke. He mentions that a lot too.

As a college sophomore, I can’t say I necessarily agree with his sentiment, but it was so different than the artist I had grown up listening to. And honestly, I was into it.

This album is the shit. Songs like “All Falls Down” and “Jesus Walks” became instant classics. Plus the man literally wrote and rapped “Through the Wire” with his mouth wired shut after being involved in a car accident. It was enough to keep me hooked for his next two albums.

I spent a portion of my life cheating on Justin Timberlake (and Justin, baby, I still love you) to memorize the lyrics to the ‘The College Dropout,” “Late Registration” and “Graduation” ensemble.

Although I see flaws in his rejection of college, this album changed the rap game entirely. No one was doing what Kanye was at the time. He inspired a whole new generation of rap and music production. Kanye West was legendary.

Kanye has been putting himself on Hollywood’s shit list for years, between interrupting Taylor Swift at the 2009 VMAs to recently proclaiming that 400 years of American slavery was choice during a recent TMZ interview.

And, coinciding with his public downfall, there has also been a drop in the quality and sound of Kanye’s music. His lyrics have become dark and strayed away from the sound that made me fall in love with him in the first place.

Now, Kanye’s most recent production, “Jesus is King,” has an unrecognizable sound..

In the album, Kanye recounts his journey of finding Christ. He also discusses his struggle for acceptance among other Christians, like in the song “Hands On,” where he raps “... said I’m finna do a gospel album. / What have you been hearing from the Christians? / They’ll be the first one to judge me, make it feel like nobody loves me.”

I’m all about celebrities turning their lives around and am in no way shaming him for his spiritual journey ... but this new music makes me wonder if Kanye is trying to glorify God or just himself?

This wouldn’t be the first time he’s declared himself a “God.” In a 2013 interview with Zane Lowe, Kanye explains his song “I Am A God” from the album “Yeezus.” During the interview Kanye discusses the controversial song and explains that “When someone comes up and says ‘I am a God,’ everybody says, ‘Who does he think he is?’ I just told you who I was ... a God.”

Kanye changed the game when he came out. He put so many chart-dominating artists like Big Sean, Chance the Rapper and Kendrick Lamar on the map. His impact is clearly widespread across hip-hop.

But he’s let it get to his head. He has strayed away from his humble roots and now only creates music that is self glorifying.

Kanye's impact may be legendary, but he is no God. 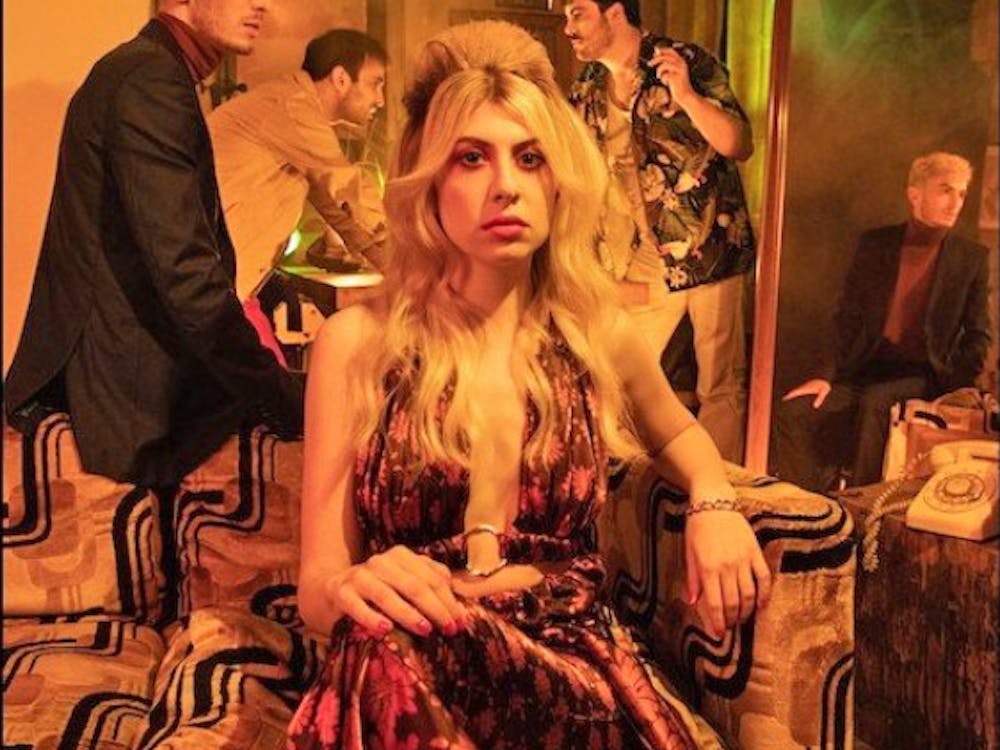