Senior Viengsamai Fetters was walking home one night last year when someone shouted a homophobic slur at them from a car window.

Fetters had just left a pride panel, where members of Spectrum, a LGBT-centric student organization, visit classrooms to answer questions about what it’s like being queer at Miami University. The students seemed engaged in the discussion, and Fetters felt good about how it had gone.

As they were walking home, though, someone leaned out the window of a truck and shouted “f*****” at Fetters.

Experiences like this are all too common on Miami’s campus.

Grad student Darryn Edwards said he has homophobic slurs shouted at him at least once a month.

People have thrown drinks on his boyfriend in bars.

Fetters can’t use the bathroom, men’s or women’s, without people saying something.

Senior Lauren Miles has been sexually harassed for being queer. She’s afraid to walk through the Farmer School of Business because she stands out as different.

For many LGBT students, sideways glances are all-too-common.

Students mentioned a disparity between humanities courses and the rest of the university. Miles is a creative writing and literature major with a theatre minor and always feels accepted within those spaces. It’s when she ventures into other parts of campus or has courses outside her major that she feels alienated.

“I think part of the problem is Miami’s culture as a student body, which is something that is really difficult to change,” Fetters said.

As the president of Spectrum, Fetters is among those involved in activism and trying to make the campus more accepting.

“Most of the work that is done to combat transphobia and homophobia is done by student organizations,” Edwards said. “It doesn’t really feel like the university has our back.”

Despite the flaws, though, Miami has come a long way.

In 2018, Affordable College Online ranked the university 47th most accepting of LGBT students. The survey talked to 10,000 students from universities across the country and ranked 69 schools. The rankings were based on the unviersity’s LGBT services, scholarships for queer students, safezone training and gender inclusive housing, according to an article by Miami’s Office of News and Communications.

Miami also recently instituted a diversity training module, which all first-year students are required to take.

Hannah Thompson, associate director of LGBTQ+ services, works with programming, activities, support and advocacy for queer students. She is the only one in the office focused on LGBT initiatives, although she said other staff members in the office collaborate on projects.

She coordinates policy changes and is currently trying to make gender-inclusive housing more widespread to give students more options. Currently, the university has an LGBT-focused LLC — love, honor, pride — and students outside the LLC can work with the Office of Residence Life to arrange housing within their gender identity.

Thompson said another issue particularly facing transgender students is the preferred name policy. While Miami will work with students to make sure they show up in the system with their preferred name, the systems aren’t connected, and sometimes the name isn’t changed across the board.

She said the acceptance of and resources for LGBT students has changed dramatically in recent years.

“We still have a long way to go, but in terms of progress, especially on this campus, I think we’ve made large strides,” Thompson said.

The university is integrating queer identities into areas of programming outside of just the Center for Student Diversity and Inclusion (CSDI) by bringing people like Laverne Cox and Nina West to campus. Thompson’s goal is for students to see people like them and to have a place, like the CSDI, where they feel like they belong.

The process of finding that place looks different for different people.

Junior Priyana Kalita is an international student from India. She identifies as pansexual but spent most of high school hiding her identity because of the culture in her home country.

“Miami is kind of known for being unsafe for LGBTQ+ students, but when I came here it was a very safe place for me,” she said.

Kalita said while Miami isn’t perfect and she has had people make fun of her for her sexuality, she generally feels accepted here.

“My friends and people I hang around with, most of them are fine with me,” she said. “I just hang out with people that actually listen to me.”

Many students like Kalita have found a community — whether that be through Spectrum, their major or the Center for Student Diversity and Inclusion. They surround themselves with others like them and those who accept them for who they are.

“I’ve found a family here,” Miles said. “It still has been a home, and things certainly need to be reevaluated, but I’m not sure that’s a journey I’ll get to see.”

Spectrum is currently celebrating Out Week and has activities Monday through Friday. Follow their social media for more information. 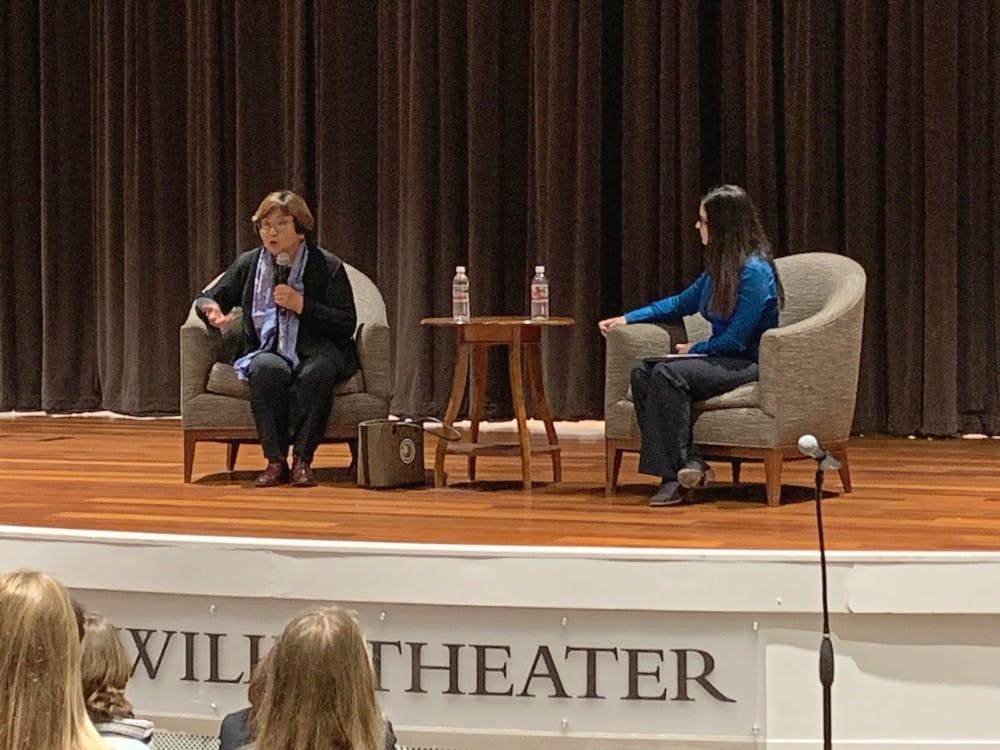