For Austin Waterwall, powerlifting is his sport

Some people lift weights to train for other sports, some lift for fun and many view working out as a chore. But for Austin Waterwall and the Miami University powerlifting team, weightlifting is a sport in its own right.

Waterwall, a junior studying business management, is the president of the team. Like many of his teammates, Waterwall was introduced to lifting as training for another sport.

“I started by doing athletic training for football and fell in love with the process of training,” Waterwall said.

After a knee injury ended his football career in high school, powerlifting took over as Waterwall’s main sport. His favorite lift is the deadlift, a lift where a loaded barbell is picked up off the ground to hip level. Waterwall loves it because it is, mechanically, the most demanding lift. Waterwall can deadlift about 525 pounds —  more than five 45-pound plates on each side.

Miami competes against other colleges in the region, and even sent some people to nationals last year.

And, just making it to nationals is quite an accomplishment for a three-year-old program. Even more impressively, junior Madeline Fitch, placed fifth at nationals with a total of 327.5 points.

At powerlifting competitions, athletes are split into weight classes just like wrestling. Each lifter gets three attempts at three different lifts: bench press, squat and deadlift. Scoring is calculated by adding a lifter’s highest point total in each lift.

Even for Waterwall, it is not always easy to go to the gym. He stays passionate about weightlifting by making it more than about himself. He said that’s the key to keep going.

“That’s probably the greatest benefit the team has brought me over the last couple years; a home here at Miami, and a close group of athletes committed to daily improvement,” Waterwall said.

He said he and his team are one big family.

Waterwall always advocates for others to make a habit of going to the gym. He has only one tip for those interested.

“Just start,” he said. “Get to the gym today. You just need to take a leap of faith.”

He hopes to help people do exactly that by opening his own gym in the Houston or Chicago one day. 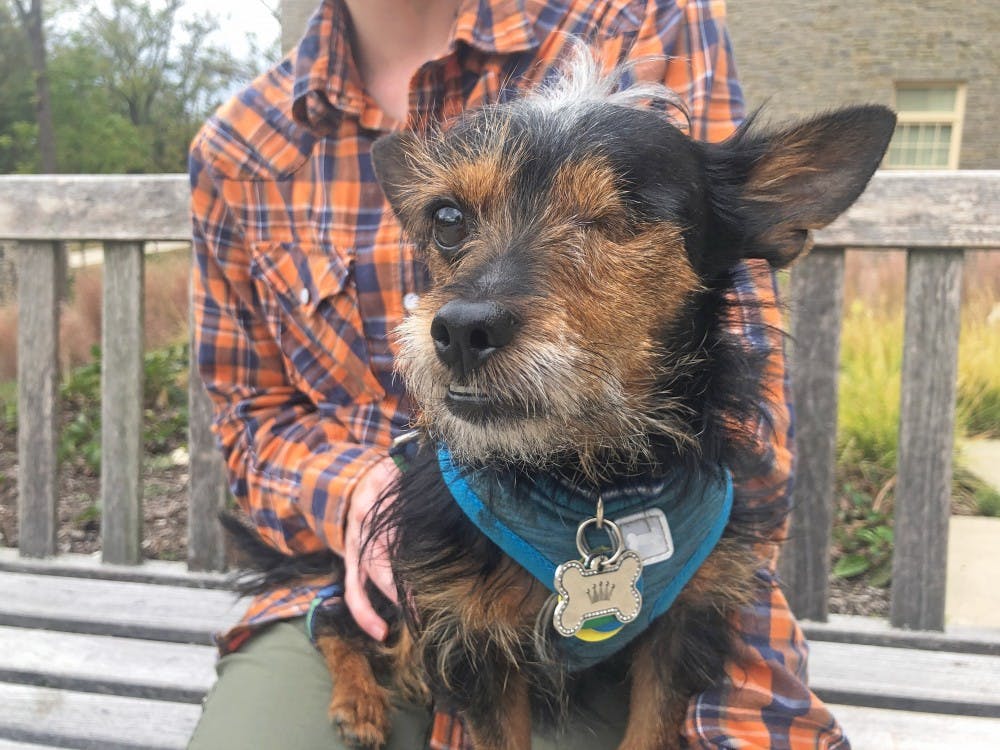 Pets of Oxford: Mr. Rogers and the Miami neighborhood

Colby Taylor has had a busy few months. The first-year music education major has been working since July to start a nonprofit organization with the help of just a few friends. The organization, called Prism Marching Arts, aims to give special needs students an opportunity to learn to play an instrument and perform in a marching band.