Both groups gave the impression they organized tabling for the event through the tweets posted that day. Neither group mentioned in their tweets that the tables were organized by the nonpartisan Andrew Goodman Foundation, which promotes democratic involvement for young adults.

“Voter registration is a non-partisan issue, and we want to treat it that way,” said Makenzie Mercer, an ambassador for the Andrew Goodman Foundation.

On Sept. 24, the foundation set up tables to promote voter registration near the seal, Farmer School of Business and Maplestreet Commons. Two weeks before the event, the foundation emailed several political activist groups, including the Dems and CRs, asking for volunteers to staff tables.

The Dems directly replied asking to collaborate four days before the event. The CRs didn’t respond directly and instead forwarded the email to their members.

Taylor Armstrong, one of CRs’ coordinators, approached the registration table by the seal to borrow a clipboard. He then had another student take his photo to post on the organization’s Twitter account.

“It’s national voter registration day! Be sure to register!” the CRs tweeted with photos of Armstrong holding a clipboard and of students registering at the table.

The Dems responded to the CRs’ tweet, pointing out that the CRs weren’t tabling with them.

“The College Republicans didn’t have any registration drives, borrowed the clipboard for this photo op and then left,” the Dems tweeted.

“We were mostly just trying to make a funny tweet and throw some shade at the CRs in the meantime,” Dems communications director, Omar Elghazawi said. “Our Twitter account has always been on the lighter side.”

“They took this as an opportunity to make us look bad,” Finn said. “It’s disappointing.”

Elghazawi and Armstrong both said they wished the issue hadn’t become partisan because the goal was to promote voting.

“We’re all here to do the same thing,” Armstrong said. “As long as you keep that in mind, it doesn’t matter what party affiliation you’ve got.” 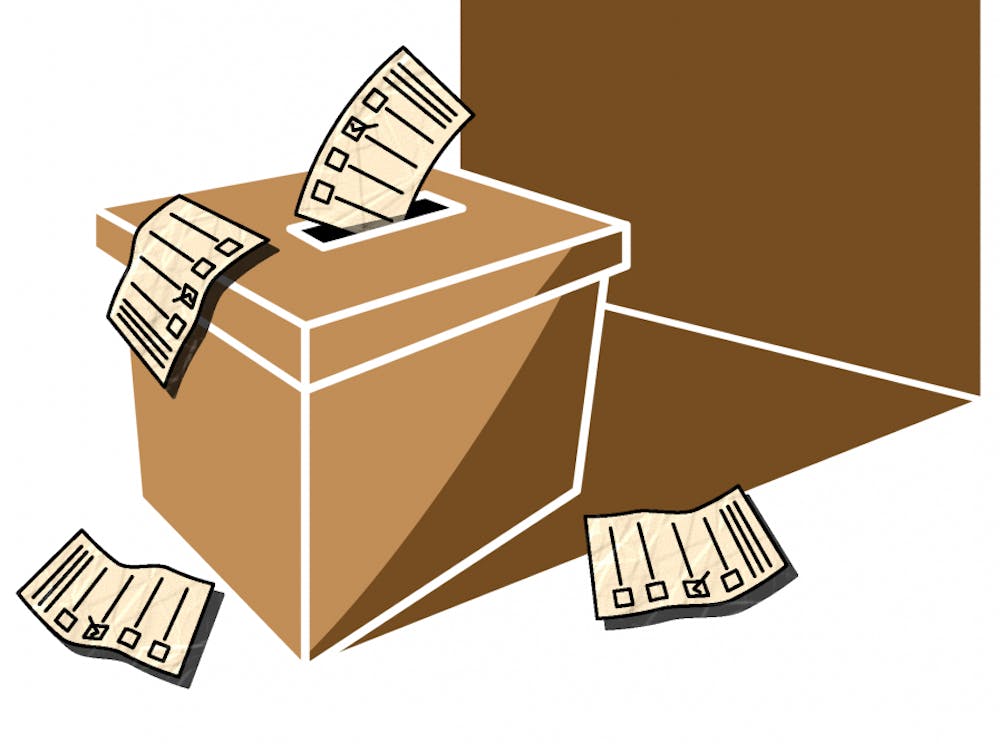 The Miami Student is here to help you get ready for the upcoming election. Here is a how-to on voting!