The goal of the Oxford strike was to urge Crawford to reconsider signing the Presidents’ Climate Leadership Commitments (PCLC).

The agreement binds university presidents to certain goals, such as carbon neutrality and the reduction of greenhouse gas emissions, in order to reduce the environmental impact of universities.

His voice boomed from a speaker that had been wheeled beside the house’s iron fence.

“We want to ensure Miami University is proactive, rather than reactive,” Vasquez Lim said.

“I expect [Crawford] to be surprised by how much students care, because I don’t know if something like this has happened in Oxford before,” Conrad said. “Now that students know … that Crawford has the chance to make changes, he’ll take it into consideration.”

Several instructors cancelled their classes to allow students to participate in the strike, including assistant teaching professor Sarah Dumyahn.

“At this point, I feel that my students understand climate change and are acting on that knowledge for climate justice outside of the classroom,” Dumyahn wrote in an email to The Miami Student. “I want to support this part of their education and chose to cancel class to demonstrate that support.”

After hearing the news that Crawford and the Board of Trustees (BoT) were holding executive session within the Marcum Hotel & Conference Center, several student leaders urged the crowd to march to the meeting.

Strikers continued to chant and wave signs, attracting onlookers as they walked to Marcum. The crowd arrived and began targeting their chants to Crawford directly.

“Get your school into line; Crawford, please sign!” they shouted as people inside the building peered out from windows and doors.

Several people spoke on the front lawn. After a few minutes, the group began to stir. The BoT meeting was supposed to adjourn at 1 p.m., but one student, speaking on the microphone to the surrounding strikers, suggested the crowd move to Marcum’s parking lot located at the back of the building.

“I mean, we could walk around the building. They gotta leave it at some point,” added Adrian Radilla, president of the College Democrats, drawing laughter from the crowd.

The group split in half to cover both entrances. Tension between the strikers and staff rose again as people within the building noticed the repositioning of the crowd.

The crowd chanted “Miami must do more!” as loud music was played at the front entrance of Marcum. Energy built as the group awaited the trustees’ exit from Marcum. A staff member from the conference center repeatedly confronted the protestors, asking them to stay quiet and stop disturbing the ongoing executive session.

Neither the trustees nor Crawford stepped outside..

Dean of Students Kimberly Moore came out of the building and agreed to allow a few of the student leaders to speak with Crawford and David Budig, chairman of the BoT. Lauren Duepke, president of Miami’s Green Team, Conrad and Vazquez Lim followed her inside.

They gathered in a conference room to discuss the purpose of the climate strike and the students’ expectations for Miami regarding sustainability and green initiatives.

Duepke spoke first, explaining what the climate leadership commitments were, for Budig’s sake, and imploring Crawford to reconsider signing the agreement or documents with similar objectives.

She said that students expected more effort on the part of administration to increase transparency regarding sustainability.

“Trying to figure out a pathway to be the most transparent … I think that’s a big frustration for the [strikers] because I’m not sure they know … what stage [Miami’s sustainability initiative] is at,” Duepke said.

She told Crawford she expected a full commitment toward carbon neutrality on campus.

“Every minute that we spend … not actively working toward carbon neutrality, those are minutes we are continuing to off-put carbon into the atmosphere,” Duepke said.

Crawford told the group that he and the board’s sustainability committee were planning to have drafted a plan of action by Jan. 1, 2020, which would outline how Miami would pursue carbon neutrality.

To remind the students of Miami’s previous sustainability efforts, Crawford mentioned that the university was awarded the Larry Abernathy Award in July for its green and public health initiatives.

“The goal is that we think of [the PCLC] as the minimum of what we want to do … it’s not what if, it’s how you get there,” Crawford said.

He ended the meeting by extending an olive branch to Duepke, Conrad and Vazquez Lim — “Would you be willing to work with [board members]?” Crawford asked.

They unanimously agreed to future collaboration.

Shortly before the meeting ended, several strikers began to chant and beat on the windows outside the boardroom. They were quickly asked to be quiet by conference center staff.

The three students then met with the approximately 20 remaining strikers outside Marcum. As Duepke relayed the discussion to the marchers, they demanded to speak with Crawford themselves.

They also asked why Crawford couldn’t sign the PCLC in addition to implementing the Sustainability Committee’s potential plan.

Director of University News and Communications Claire Wagner declined to answer this question when asked by The Student.

“President Crawford has just asked the sustainability committee to provide additional details about two transparent pathways to achieve that: signing the Presidents’ Climate Leadership Commitment, or implementing a university-based plan,” Wagner wrote in an official statement. “While we explore these options, we continue to surpass many of our goals and set higher ones. We will continue our numerous commitments for sustainability.”

A former version of this article listed Sarah Dumyahn as an associate professor and director of the Institute for the Environment and Sustainability (IES). Dumyahn is an assistant teaching professor and is not the director of IES. 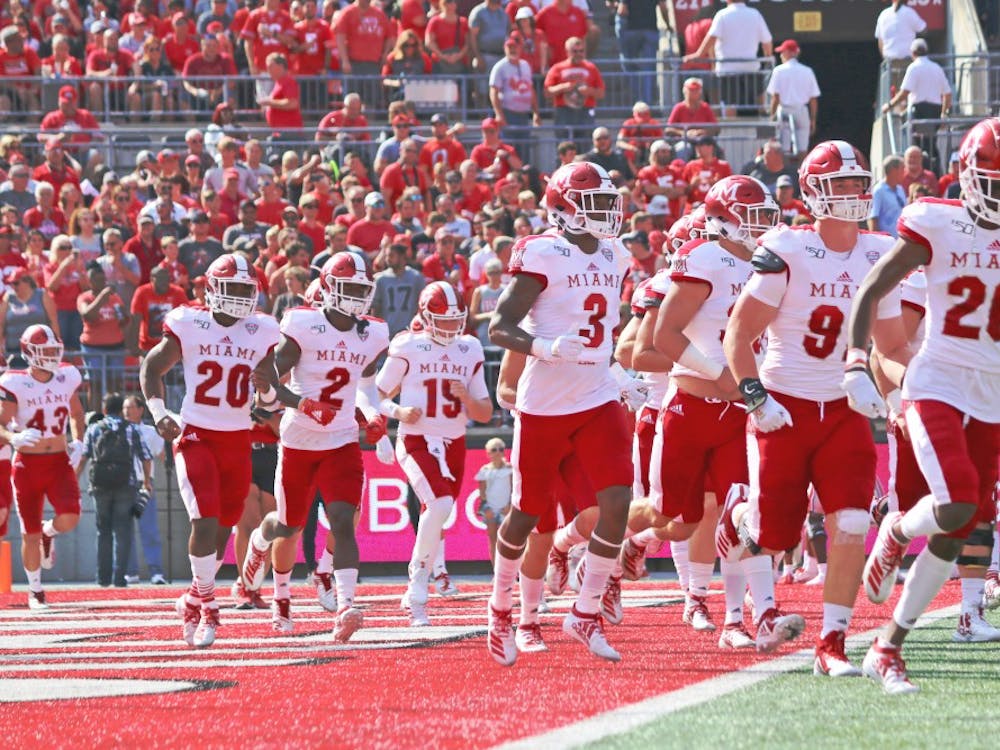 On Friday, Sept. 20, the smell of empanadas, tacos and numerous other tasty foods filled the air. The city of Oxford rang with the sounds of guitars, laughter and even a few farm animals as it welcomed the 17th annual celebration of the UniDiversity Festival.

Do's and Don'ts for Incoming Freshman