Going off the beaten path in Galveston

Six days on Galveston Island, Texas included finding the perfect beach spot, eating at all of the places recommended by a local and exploring the grounds of our hotel.

After getting to our hotel - an unusual resort that is home to water slides, golf courses and numerous pyramids called the Moody Gardens - my family and I were hungry and tired after our day of traveling. We had never been anywhere in Texas before, so we decided to go to the first restaurant that came up on our Google search. We ended up at Fish Tales, a two-story sports bar with indoor and outdoor seating located right across the street from the historic Pleasure pier.

During our first look at Galveston, my mom and I were a little disappointed to see that the island looked like a typical spring-breaker destination. The beach was directly off a busy street and the pier was crowded. It did not look to be the relaxing getaway we were hoping for.

Fortunately for us, though, our Fish Tales waitress, Wendy, was a lifelong Galveston resident who was more than happy to write out an entire list of spots for us to check out.

Our first stop on Wendy's list was The Strand, the name of Galveston's historic downtown area. The Strand consists of about three or four blocks located next to a cruise port. The area is full of restaurants, boutiques and ice cream shops. With brick roads and buildings that have somehow survived some of the country's worst hurricanes, I felt like I was taking a step back in time.

It seems like you are pretty far inland when you're making your way through The Strand, but at almost every building there was a little plaque, well above my head, that read "Ike water line" or "Ike flooded up to here." It really showed how strong that little island's bones were.

One of the first shops we ventured into was called Gracie's. This boutique was full of jewelry, home decor, clothes and more. Another one of my favorite shops on The Strand was called Head to Footsies. This was a smaller boutique consisting of boho sun dresses and denim shorts.

Another local staple in the downtown area was La King's, an ice cream and candy store. La King's was home to hand-pulled salt water taffy, old fashioned candy and chocolate covered everything. I enjoyed picking out a bag of several different jelly bean flavors and indulged in a few rich chocolate truffles.

We also made time to explore the hotel's pyramids. My favorite of the three was the rainforest. It felt so much more realistic than any other zoo I've ever been to - especially because only a few of the animals were restricted to cages. Some of the world's largest pigeons, parrots and at least ten other species of birds flew freely throughout the building. A 13-year-old Saki monkey crawled right up to my family and me, before leaping almost 20 feet into a tree.

The aquarium was less unique but still interesting. Giant otters played with each other like toddlers, penguins bumped into each other and seals relaxed on rocks. There was also a really fun exhibit where we were able to touch jelly fish as they floated by.

After doing some exploring of our own, my family found a completely empty beach in a tiny, out-of-the-way place aptly named Beachtown. This beach was completely free to enjoy and we had it practically to ourselves.

Soaking in the sun by the water never got too hot because of the constant ocean breeze. We were able to sit quietly for hours and watch a multitude of large ships sail along in the distance.

After walking around The Strand or sitting on the beach or at our hotel's pool, my family and I ended each day at a new dinner stop.

Brewchachos was a taco place with outdoor seating and TVs playing March Madness in the background. After practically inhaling some of the best chips and queso we've ever had, all four of us got different tacos. Some were filled with fried chicken, some with fish and some oozing even more queso.

The taco joint also had a hefty beer menu. There were even some non-alcoholic beers made specifically for dogs. It was located on the historic Strand like many of the other destinations we'd previously visited.

Gypsy Joynt is another island staple. Admittedly, the food wasn't anything to write home about, but it is a must-see simply for the ambiance. The ceiling is covered in dream catchers, beads, mannequin heads wrapped in paper mache and other miscellaneous objects. It's a true hipster dive that will leave you finding new things on every inch of the walls during your entire visit.

The heavy crowd we had endured on our first day there quickly vanished after the weekend ended. We learned that a lot of Houston residents drive down to the island and stay for the weekend. So, despite our initial trepidation, our six days on Galveston Island ended up being the relaxing getaway that my family and I needed. 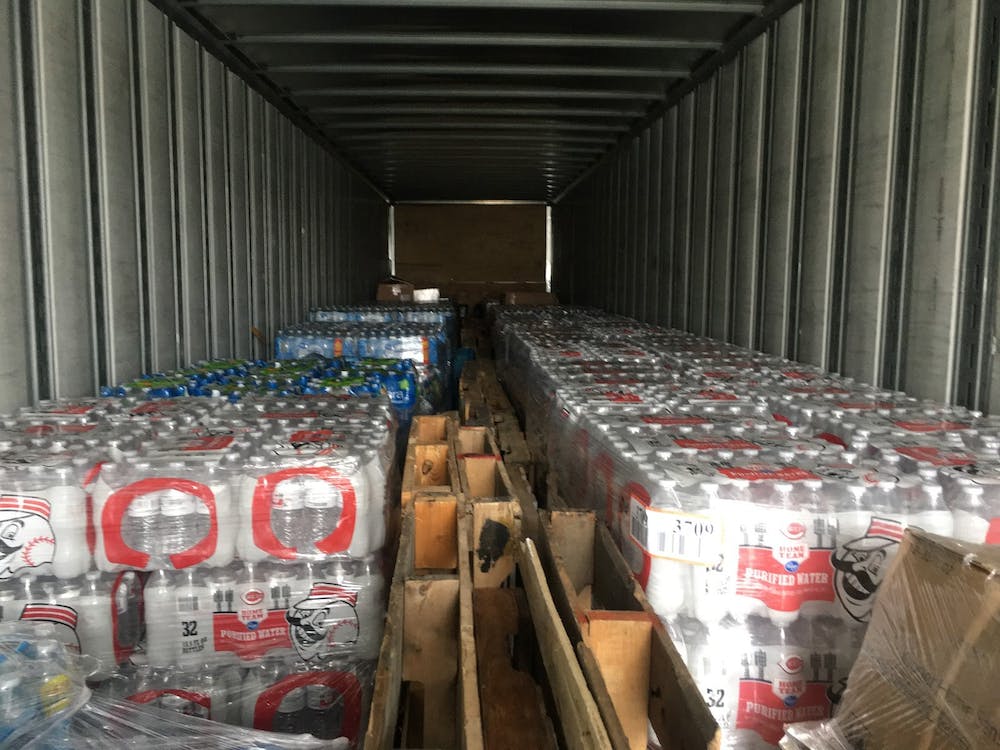 Texans in need of clean water may soon be opening water bottles collected by the Oxford Baptist Church.

In the midst of a pandemic, the nation’s colleges faced an unprecedented problem regarding the safety and responsibility of releasing students to travel over spring break.