Democrats need to beat Trump above all else

I try to read the news every day. My collection of email newsletters, daily podcasts, free New Yorker articles (I have two left this month) and student subscriptions give me an array of viewpoints and content to consume.

I say "try to read" because some days it's just too much. Some days, I'll focus on the things that actually make me happy. Such activities include reading books, going outside or anything else that will stop me from remembering that Donald Trump is the president.

We need to remember that getting him out of office is the number one priority. This means the ability to win and broad general election appeal ought to be the most important metrics.

The candidate we choose has to be able to do that, and right now the field is over-crowded with candidates who have absolutely no shot and are just wasting everybody's time. High-quality polling has shown that Democrats want a candidate who can beat the president more than one who's ideologically pure.

The focus must stay on candidates that will have broad appeal.

Much like President Barack Obama built a coalition of diverse young voters along with party elites, the eventual nominee needs to not only appeal to progressives, but also to moderates and conservatives disillusioned with the president. Especially considering the latter two represent a larger portion of the general electorate.

A candidate that at least comes off as moderate has greater potential to be a uniting force and help improve our politics in broad strokes.

For instance, Ohio only has one Democrat holding statewide office right now (Sen. Sherrod Brown) and is quickly becoming a less hospitable place for the more liberal among us (see the heartbeat bill).

The moderate-to-conservative Ohio electorate that brought us to this place won't be convinced to get rid of private insurance or make other sweeping changes, and the Republican rhetoric painting Democrats as "radical" is already working. Appealing to those voters with measured messaging and digestible policy proposals is the path to victory and a more cohesive politics.

While progressives might control the conversation on social media right now, they're overrepresented on those platforms. Moderates will ultimately deliver the election to the Democrats. This is why Bernie Sanders, a self-described democratic socialist, isn't the choice. Even though he has an upcoming Fox News town hall, he'll be preaching to a audience of baked-in partisans whose nightmare fuel is the word "socialism."

The candidates that represent the ability to win and appeal broadly are Joe Biden, Beto O'Rourke, Kamala Harris and Pete Buttigieg.

Biden hasn't declared yet, but that hasn't stopped him from topping most primary polls. He represents the most potent challenge to the president. The combination of his experience in politics and his more moderate politics will attract the coveted Obama-Trump voters and other moderates in Midwest states that handed Trump the presidency.

The recent inappropriate touching controversy might prove problematic once he actually enters the race. But it's not clear how this will affect him, given that he has strong support among older Democrats who aren't likely to be persuaded by #MeToo arguments, especially in a case that wasn't overtly violent or sexual.

O'Rourke has a track record of broad appeal. In his run to unseat Ted Cruz from the Senate, projections put him as many as nine percentage points behind. He finished within three points and garnered more than 4 million votes in a historically red state.

In addition, he raised more than $6 million on the first day of his campaign, more than all of his Democratic competitors.

This speaks to his caliber as a candidate that inspires people. He plays largely on hopeful and optimistic rhetoric, encouraging people to put aside division and come together. In the face of such a negativity and division from the president, his message is welcome to voters in early primary states.

Harris exists in an interesting gray area. She's closer to Bernie than Biden ideologically, but that hasn't kept her from being an establishment favorite. She has a strong individual donor base and has effectively courted larger donors for a first quarter fundraising total of $12 million.

She also exists in a class with Biden and O'Rourke that is particularly feared by the president. Trump advisers have told Axios that the president hasn't figured out an easy way to engage and dismiss Harris. If he sticks to his usual style, he could easily slip and say something blatantly racist or sexist to Harris.

Not really something you want to do with a former prosecutor.

Buttigieg is on a roll. Ever since his CNN Town Hall, he's had a lot of momentum. Similar to O'Rourke, his optimistic messaging about taking back "freedom" and intergenerational justice appears to resonate with an array of voters. It also doesn't hurt that his husband, Chasten, has become a social media darling with an incredible sense of humor, refreshing honesty and pictures of the couple's dogs.

These four, a former vice president, an all-star Senate candidate, a former prosecutor and a millennial mayor, represent the best hope for the party moving forward. Whittling down the field to a few candidates who have broad appeal and the ability to win is the best option.

If we really believe that President Trump must go, it's the only option.

By Emily Dattilo | 15 hours ago 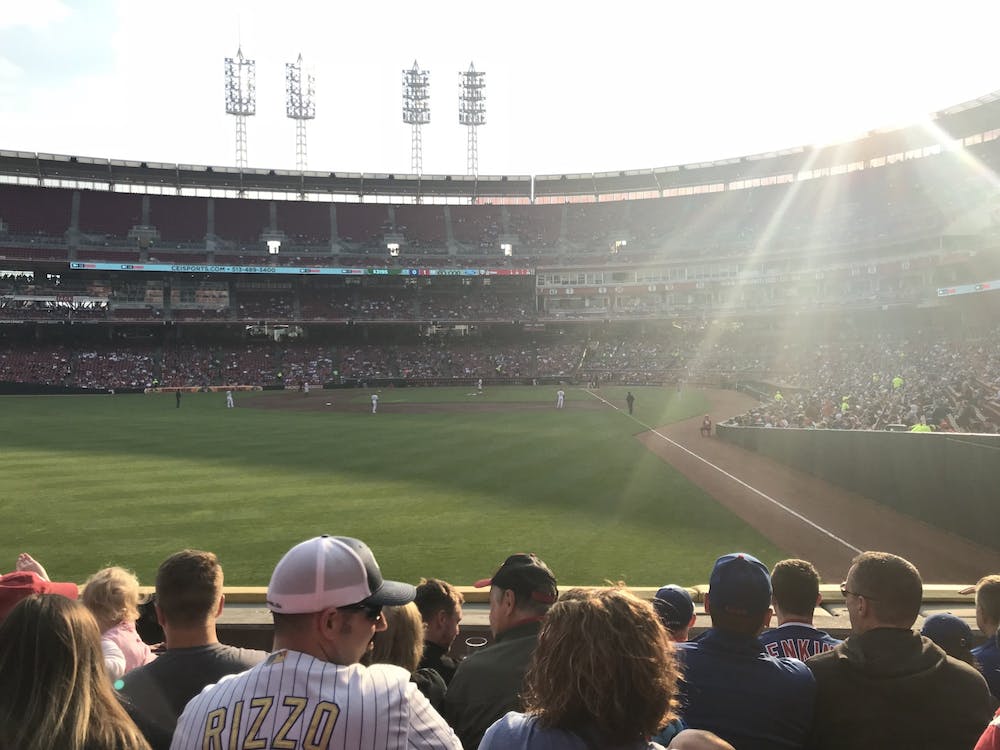