Hundreds of people filed through a pair of metal detectors into Hall Auditorium last night, entering a venue peppered with about a dozen armed officers, in what University Lecture Series organizers described as one of the most secure events Hall has ever hosted.

In calling the audience to action, the speakers also attempted to cover a wide array of issues in their two-hour talk. Because they touched on so many different topics -- toxic masculinity, gun violence, political activism and more -- the event was cluttered with several highly controversial issues and emotional and tense at times.

The night began with Eric Buller, director of the Wilks Leadership Institute, coming on stage to moderate the event. When he introduced the two student activists, the crowd erupted in applause and cheers.

Buller was quick to ensure the audience he planned to keep the talk from getting mired in political arguments, a point echoed by JS Bragg, assistant director of student activities for Miami Activities and Programming and member of the University Lecture Series committee.

Bragg said the Lecture Series, rather than hold a public debate, intended to highlight the importance of activism, particularly for the younger generation.

"We chose to bring these speakers here because they are examples of students who are really making an impact," Bragg said. "We believe that people should be out there as an activist for whatever their values are and whatever their beliefs are."

Hogg addressed the audience directly, assuring them he welcomed disagreement.

"If you're here and you disagree with our views, thank you," Hogg said.

Despite assurances from the moderator that the talk would veer away from heavily political issues, the discussion was split between two overarching topics: the problems that gun violence creates in our country, and how young people need to be the ones making substantial changes in America and the world.

The first topic was undoubtedly the most controversial. The speakers, Hogg in particular, found it hard to contain their emotions as they voiced their opinions on a range of volatile issues.

Hogg was quick to bring up the National Rifle Association (NRA) and their ties to the gun manufacturing industry. He was adamant in his insistence that the NRA didn't truly care about gun owners, saying they were interested only in gun sales.

He went on to say that many lawmakers don't have an interest in changing gun laws, and also discussed how the media under-reports on shootings in areas populated primarily by people of color.

He said these things needed to change.

He went on to say that Republican lawmakers were a large reason safe gun laws weren't getting passed. As the event progressed, no matter the question that was asked, Hogg brought the discussion back to the issues he was passionate about.

In response to a question about why they continued to raise awareness on gun safety issues, Hogg segued, turning the discussion toward the topic of making schools safer.

"Let me describe to you what an ideal school looks like to [someone who is against safe gun laws]," Hogg said. "One point of entry, armed security guards, bulletproof walls with minimal windows ... and to make sure people can't get over the fence, put barbed wire on top of it. What did I just describe to you?"

"A prison," the audience chorused.

He warned that avoiding laws that restricted gun ownership would turn schools into prisons, also bringing up the issue of the "school-to-prison pipeline."

As much as the discussion veered into decidedly political territory and away from the neutrality promised at the outset, it also touched heavily upon activism in general. Wind and Hogg urged members of the audience, particularly the younger attendees, to take action on topics they were passionate about.

As activists themselves, Hogg and Wind are aware of the power that young people hold and the potential for change they represent. They're also aware that it's hard to stand up and fight for something you believe in when you feel young and inexperienced, but said that people needed to act nonetheless.

"If you just sit at home, watch the news and think 'Wow, this is terrible,' then you're not doing anything to solve the problem," Wind said.

The main point of Hogg and Wind's discussion of activism was that the young people of America hold the most power despite the fact they're often the least vocal.

While the talk was frequently unfocused, it was apparent the two activists were passionate about the issues they brought up.

"Young people have been the catalysts for change for years and years and years," Wind said. "We just don't realize that as young people. If lawmakers won't make the change, it's time for us to step up and take the mantle."

The College Board’s Advanced Placement (AP) testing is taking place online this year, and some Talawanda High School students are worried about how they will perform. 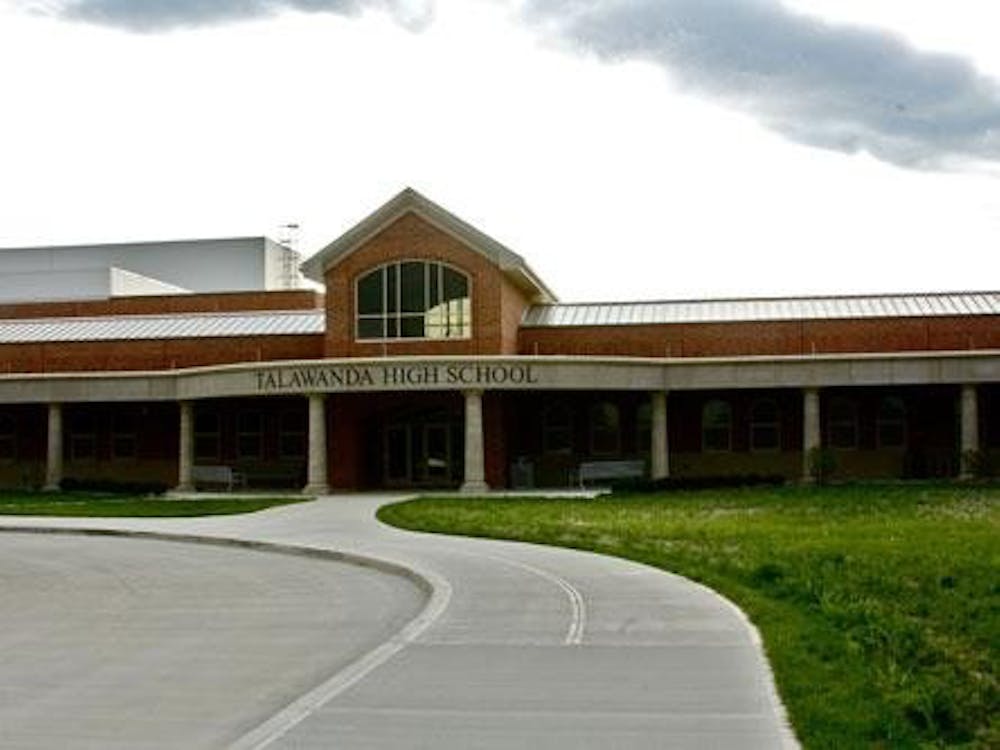 Talawanda High School (THS) Principal Tom York announced on March 27 that graduation will be held online this year. The ceremony will be livestreamed on YouTube at 7 p.m. on May 21.