My dad had a rule that I had to ask at least one question on college tours. This was easy for me. I wasn't sure what I wanted to study, didn't know what clubs I wanted to join and didn't care about the quality of the university's bus system. There was only one thing I knew I wanted to do in college, so I only ever had one question.

"Is it easy for students to go abroad?"

I've dreamed about studying abroad my entire life. As a kid, I'd check out library books about different European countries just to flip through the pages and imagine what it would be like to walk down the streets of Paris, stand in a tulip field in the Netherlands or watch the Alps fly by from a train window.

When I began planning to spend my spring semester away, my romanticized visions only got more detailed.

In Europe, I thought I'd shed my high-maintenance, nervous tendencies for a new carefree, adventurous attitude. I'd trade in my boring sense of style for a bold lip color, black tights and a cool hat. Not knowing anybody in the city wouldn't be a problem because I'd instantly click with a group of friends despite only having just met them. And, of course, I'd be totally crazy about some cute guy I met in a pub who probably played in a band, a la "P.S. I Love You."

These thoughts comforted me as my plane took off and I cried to Tom Petty's "American Girl" while the Boston skyline disappeared from view.

I've lived in Glasgow for a month now and, as you can imagine, things have been a bit different than I anticipated. I'm still as nervous and high-maintenance as ever. I can't afford to overhaul my wardrobe because clothes are expensive. I met a guy, but in a bar in America rather than in Scotland, and just weeks before I left. And if I had a pound for every time I cried over a Snapchat or text from a friend in Oxford, my parents wouldn't be telling me I need to get my spending habits in check.

The difference between my expectations and reality have come with a lot of anxiety.

Despite seeing paintings by van Gogh and Monet in a museum five minutes from my flat, being moved to tears by the beauty of the Scottish highlands and booking travel plans to places I never thought I would get to see, all I can think about is home. This great adventure has me overwhelmed and craving familiarity.

With everyone returning to Oxford for the spring semester, this past weekend was probably the hardest one I've had since getting here. I watched via social media as everyone I missed and wanted to be with so badly celebrated being back together. As happy as I was to see everyone enjoying themselves, my heart broke.

I felt selfish and guilty and like I'm doing abroad all wrong.

However, thanks to a little reevaluation and a lot of angst-fueled texts to my mom, I realized there are a lot of things my fantastical expectations have allowed me to forget.

I forgot what it meant to start over, to be in a new place with new people and no roots to tether you. I forgot that I am a cautious person who takes time to become comfortable with her surroundings and fully be myself around people. I also forgot that a new place will not completely overhaul the person you are at your core.

So, I've been working on mediating my fantasy with my reality. Instead of becoming instant friends with a group of strangers, I'm slowly but surely getting to know some really wonderful people. I take joy from the feeling of seeing a place that had previously only existed to me in pictures.

I've found familiarity by joining an improv group and spending a little extra at the grocery store on Skippy's peanut butter. And, rather than reinventing who I am overnight, I'm continuing to build on the person I've grown into over the last 21 years.

So, to answer my own question: No, it's not easy for students to study abroad. Sometimes the adventure of a lifetime comes with a lot of unexpected baggage.

It's challenging and terrifying to voluntarily take five months and ditch everything you know to create a whole new life in a whole new place. There are a lot of, "Holy shit, whose idea was this?" moments. But it's also a chance to get to know yourself, to create your own adventure and more fully appreciate the world beyond a two-dimensional image. And that, I think, is totally worth it.

About 2,000 Miami students participate in study abroad programs every year, according to Miami’s Education Abroad website. But, given the current circumstances, traveling to other countries has all but halted. 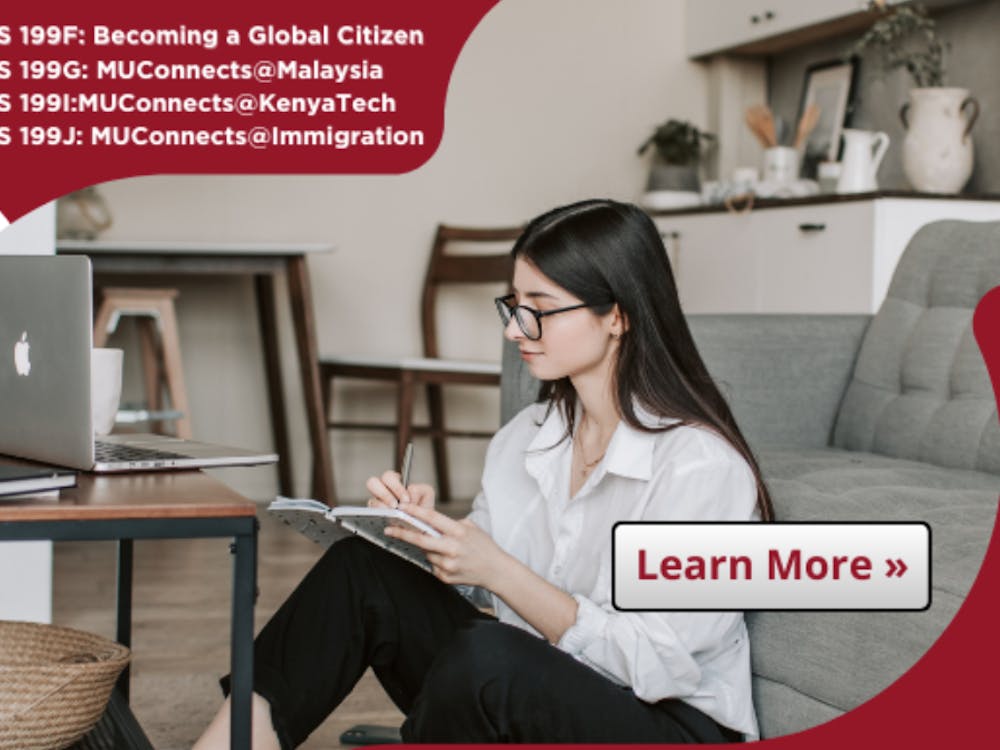 During J-term, Miami University will offer its first virtual study abroad experience, MiamiConnects Virtual Global Learning. With the COVID-19 pandemic surging across the country, organizers hope the program will provide an immersive experience without the travel.