She was 22 years old, and an editor at The Miami Student.

Audrey died of natural causes while babysitting for two preschool children. The exact cause has not yet been determined. Her father, John Davis, said she had no known history of medical problems. She is survived by her father, her mother, Cheryl, and her younger brother, Johnny.

Audrey double-majored in journalism and history. She began writing for The Miami Student weeks after arriving on campus and, as a junior, became a managing editor of the paper. She was a prolific writer and a natural editor who despised grammatical errors.

"She was so good right away," said Reis Thebault, editor-in-chief of The Miami Student when Audrey was a freshman. "She was quiet around the editors but totally fearless. On one of her first assignments she came with me to talk to this group of foul-mouthed, foul-tempered union rep workers and was not at all intimidated...She was always kind and caring and just had a really bright future."

She had opinions on just about everything, and during her four years at Miami she grew confident in voicing them.

Audrey hated when people changed the radio station in her car. She had a cat named Raisin. She could lick her elbow.

As a child in Hicksville, Audrey paraded around the living room in a ballerina's tutu and costume top. She sang songs and danced as her audience watched in amusement.

She was in over 20 theatre productions between high school and college. She played everything from Rizzo in "Grease" to Sharpay Evans in "High School Musical."

But in moments of sheer excitement, while telling a story to her friends in The Student's newsroom, Audrey would tumble over her words, shriek in laughter and proclaim in mock defense, "I'm a writer, not a speaker."

Her abiding love was for telling stories, and her friends regularly witnessed her excitement when she found a good one. Her most recently published work, "The Champion Standard," was the cover story in the fall issue of The Miami Student Magazine.

Audrey's younger brother, Johnny, 20, has tuberous sclerosis and is on the autism spectrum. She was patient with him and fiercely protective. A regular fan at Johnny's Special Olympics basketball and bowling events, Audrey took great pride in her brother's accomplishments.

She spent her summers working as a head counselor at Camp Joy, which serves children battling cancer and other difficult life situations. She thought of it as a second home.

Audrey had a self-deprecating sense of humor. She was never afraid to laugh at herself. She was accident-prone.

In high school, while she walked back to her car after classes and cheerleading practice, she would trip over her own feet and land on the asphalt in front of the cutest boys at school. She would laugh.

She once fell off a four-wheeler in Utah and rolled down the mountain. She had to be rushed to the E.R.

Audrey was a tumbler on Hicksville High School's cheerleading team. She met her best friend from high school, Kate McKinney, there.

"My first impression of her was that she was really awkward...and had really weird knees. And then...I guess we just became friends after that," Kate said.

She worshipped coffee and regularly. She would drive 30 minutes outside of Hicksville to a coffee shop. The shop placed a sticker on the lid so steam wouldn't escape. She kept every sticker. The collection decorated the inside of her car, along with specks of glitter from the time her friends filled her air vents with it years ago.

Audrey's childhood babysitters were Amish, so she didn't watch much TV, but in recent years, she watched every episode of "Grey's Anatomy."

In high school, Audrey visited Germany. She immediately figured out the subway system and never struggled with a map. She ordered her coffee in German. She admired the architecture while her classmates giggled and took selfies.

She visited 15 countries, marking each one on a pushpin map of the world and chronicling her adventures on an Instagram account devoted to her travels, all while keeping up with her classes at Miami's Luxembourg campus.

Audrey's teachers and professors often gravitated to her. She was mature, a natural student, eager to learn. She was co-valedictorian of her high school graduating class. At Miami, she was a University Academic Scholar for Writing in the Media.

Audrey was eager to teach, too. She mentored dozens of young writers in her time at The Miami Student and was quick with an encouraging word.

At home in Hicksville, she would sit on one of the many lounge chairs lining her pool, unconsciously chewing her thumb and falling into the story of whatever book she had in her hand. She would read until her eyes were bleary and the words seemed to dance right off the page.

Her closet still holds her collections of books, the shelves creaking under the weight of all the memories they hold.

Audrey Davis died Dec. 26 in Hicksville, Ohio. A memorial service will be held at Hicksville's Grace United Methodist Church at 11 a.m. on Saturday, Jan. 5, and the Davis family has requested donations be made to Camp Joy in lieu of flowers. 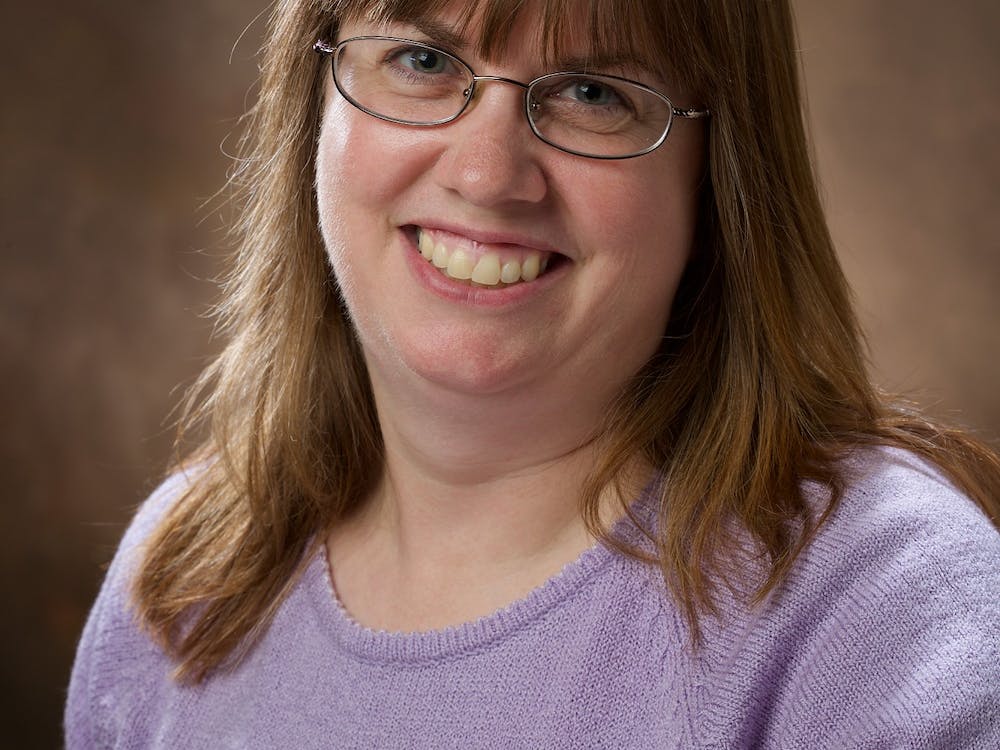 In the late 1980s, Rebecca Heftel was a student at Wright State University pursuing a major in music. As a lifelong singer, Heftel’s plans went awry when she began to experience issues with her vocal chords, forcing her to switch her major.