On Sept. 24, Ashley Barber and her family found their lives forever changed when a car travelling on US 27 crashed into Barber's SUV parked in the driveway, pushing the SUV into the side of their Oxford home, causing damage to both the home and the car.

Barber's son, not yet two years old, was found trapped under debris from the incident. Fortunately, he was uninjured, but has since had symptoms of PTSD, leading to multiple hospital visits.

The driver who caused the crash was underinsured, leaving Barber's family with little money to pay for repairs to the apartment and car or to cover the cost of the resulting medical bills. The issues with the insurance will likely not be resolved for months, so Barber will need to cover most immediate costs on her own.

Barber works at Woodland Manor, a local nursing home, caring for residents as a CNA. Many of her coworkers have stepped in to try and help Barber during this difficult time.

Recently, two of her coworkers decided to create fundraisers in order to help the family cover these costs. Both started on Oct. 11, and set a goal for each fundraiser to raise $4,000.

One of the fundraisers is a GoFundMe started by Barber's colleague, Amanda Meyers.

"I think [the GoFundMe] has allowed people in the community to reach out and show support and offer words of encouragement," Meyers said. "Some have offered suggestions or advice on where to find additional support based on personal experiences or community connections [or] knowledge."

The other is a Facebook fundraiser started by another of Barber's colleagues, Scarlet Day.

"Ashley is a mother of two and a hard worker," Day said. "When you see a person who is working hard at a hard job - a mother raising good kids and an overwhelming depression hanging on them - I think you should help."

"The impact on Ashley has been huge," Day said. "She has felt love from a lot of people. Sometimes people need to know they are not alone." 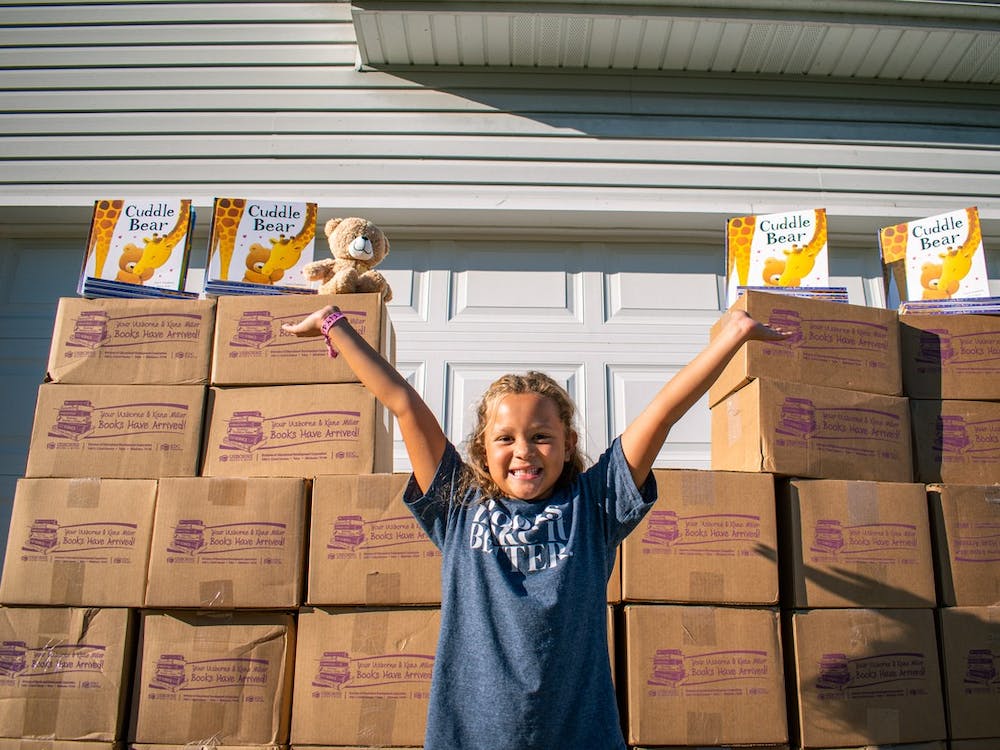 Kate recalls spending her days in the hospital, reading to her newborn daughter. Years later, Byrd said she and Addi came up with the idea to help give back to other children.