Two and a half years before former Miami University professor Kevin Armitage was arrested for trying to hire a 14-year-old prostitute, Miami disciplined him for bullying a student about her religious beliefs and gluten intolerance on a study-abroad trip to Costa Rica.

In June, shortly after the FBI arrested him on the sex charge in Kansas City, MO, Armitage resigned from the faculty; he had been a professor of individualized studies in Miami's Western program. He is now awaiting trial on a felony count for coercion/enticement of a female minor.

However, the earlier disciplinary action against Armitage in 2016 had nothing to do with sex. Rather, according to a lawsuit filed against the university, Armitage repeatedly harassed a devout Catholic student for her religious beliefs and practices that he called "stupid."

The student sued Miami, alleging Armitage and the other faculty members failed to protect her from "a hostile environment and discrimination," and that she suffered "psychological and emotional distress as a result."

The suit was filed in the U.S. District Court in Cincinnati on December 30, 2016, but voluntarily dismissed by the student the same day. That suggests the suit was settled out of court, though neither the student — identified as "Jane Doe" in the complaint — her attorney or the university would confirm that.

Two weeks earlier, Armitage was officially reprimanded by University President Gregory Crawford, who warned Armitage in a letter that he had broken faculty rules against harassing and discriminating against students. If he did so again, Crawford said, he would risk being fired.

The university released the letter at The Miami Student's request. But neither the student, her attorney, Kristen Myers of Beckman Weil Shepardson LLC in Cincinnati, nor Miami would comment on the incident.

The study-abroad trip, titled "Sustainability and Tropical Ecosystems," was co-led by Hays Cummins, a professor of individualized studies in Miami's Western program; Donna McCollum, a former Miami professor now on the faculty of the University of Cincinnati; and Annie-Laurie Blair, a senior clinical professor of journalism. But only Armitage was disciplined.

The four instructors took 32 undergraduate media and science students to Costa Rica over Miami's 2016 winter term. Their goal was to teach students studying the ecosystem how to collaborate with the media students trying to communicate scientific research to the public.

Throughout the Costa Rica trip, according to Mixie Mechley, who graduated from Miami in 2017, Armitage was abrasive and outspoken about his personal beliefs and values. This was confirmed by several students who attended the study abroad trip.

Students on the trip remarked that he is a devout atheist and aligns himself with progressive politics. They claimed that Armitage often defended potentially offensive statements by saying, "you don't know how to take a joke," Mechley said.

It was this type of behavior that led to Doe's lawsuit and the university's decision to discipline Armitage 11 months after the winter 2016 trip.

On the second day of the trip, Mechley was sitting with Doe during breakfast when Armitage stopped by their table to discuss Catholicism.

Mechley, who was raised Catholic, attended an all-girls Catholic high school and considers herself outspoken about her faith. She agreed to talk with Armitage.

Mechley remembers that Doe was wearing a cross necklace, and had mentioned during the initial introductions the day before that she was also a Catholic.

"I will never forget this ... he sat down and ... made fun of [Jane Doe] for wearing the crucifix. Said she was stupid for wearing it. Said that 'Why would you parade that around? You know that's not even real,'" Mechley said. "He told me I was stupid for being raised Catholic and going to church. He told me that my parents were stupid for paying for Catholic school, and that were basically throwing money down the drain."

While they were talking, Armitage offered a piece of bread to Doe, who declined due to her gluten intolerance. For the remainder of the trip, Armitage solely referred to Doe as "Celiac."

"He never referred to her [by her name]," Mechley said. "We stayed in a room together a couple of nights and she was to the point of tears. She's a very quiet girl, she just sat there and took it. And we'd go back to the room and she'd be like, 'I don't want him to call me that,' and I said 'you need to tell him that,' and she'd say, 'I can't.'"

Emily Bovenzi, a 2016 Miami graduate and environmental science/earth science major, remembers Doe as "extremely shaken up" throughout the trip and recalls her being "shut down and withdrawn" from the rest of the students.

"They weren't even jokes to begin with," Mechley said. "They were just cruel comments ... Absolutely no one thought they were funny, and he was playing it off like it was a joke but it wasn't. No one encouraged him, he just kept going and going."

For Garrett Gust, who graduated from Miami in 2016 and was a student leader on the Costa Rica trip, Armitage's behavior wasn't surprising.

"Kevin has been a lifelong, outspoken atheist and certainly had that sort of attitude towards Catholic students," Gust said. "He's very much about nicknames that are inappropriate, I think, a lot of the time ... As far as [being called] 'Celiac' goes, Kevin latched onto nicknames whether or not they were mutually agreed upon."

Bovenzi recalled Armitage being "rude" all the time and that he specifically wore an anti-religion t-shirt.

The shirt was white, with the names Zeus, Mars, Thor and Jesus in a list. Each was crossed out by a red line, with the word "Reason" at the bottom — untouched and in capital letters.

"I asked him for a photo of [the shirt] and he was proud of it," Mechley said. "Why would you, on a school trip, feel like it was okay to wear that? What was your end goal? He would just constantly go in on anything and just tell us all how dumb we were for believing in anything."

"He definitely wore it to mock us," Mechley added. "I mean why else would you put it on?"

Ryan Thomas, a 2016 Miami graduate and another senior on the trip, had a good relationship with Armitage and considered him more of a "guys' guy." They bonded over sports. And, while "there were absolutely times where Kevin pushed his agenda on us" and he could be "an asshole, for lack of a better word," Thomas didn't think Armitage was a completely negative influence.

"I just remember Kevin as tough on students," Thomas said. "He had his favorites, but for the most part I think he really did want people to learn and be excited about the environment. But I think if you had a difference of opinion about how things should be done from a policy perspective or in the political realm, he very vehemently disagreed."

Over the following summer, in 2016, Mechley was contacted by Doe's lawyers and asked to explain generally what happened during the Costa Rica trip and how Armitage had behaved. She had previously messaged Doe to let her know that she was willing to corroborate how Armitage behaved on the trip.

Mechley never heard from Doe personally after sending her a message that she would support her should she need Mechley to confirm her experience in Costa Rica.

Thomas had no firsthand knowledge of the lawsuit from Doe, but found out about it through his girlfriend, Hannah Surwillo, another 2016 Miami graduate and a senior on the trip. Thomas, who is still dating Surwillo, remembers Doe and his girlfriend as friends on the trip, and that Doe confided in Surwillo about her plans to sue the university.

While some students had heard rumors of Armitage and Miami facing legal action resulting from the Costa Rica trip, Gust had no idea of the lawsuit.

"At that time I was on staff and it was kept very much under wraps about what the nature of the lawsuit was and I was quite actively excluded from any details whatsoever," he said.

Mechley learned that Armitage had been officially disciplined by the university through Blair, when she had a class with Blair the following school year.

"Annie had told me they had settled and that Kevin basically got a slap on the wrist for the most part," Mechley said. "And she told me that they had officially stopped the trip entirely."

The fact that the Costa Rica trip was shut down altogether upset Bovenzi, who had gone on a study abroad trip with Cummins and McCollum beforehand.

"Hearing that [the lawsuit] also brought down Donna and Hays was really sad to me because they're really great people," Bovenzi said. "It's sad to me that other students won't be able to have this experience in terms of the educational portion with people like Hays and Donna rather than someone like Kevin Armitage who's only out for himself."

"I'm glad he no longer works for the university," she added.

Bovenzi was contacted by the university during the summer of 2016 following the trip. She remembers being asked if she was present when Armitage referred to Doe as "Celiac" and when Armitage was wearing the anti-religion shirt, or if she remembered other behavior.

News of Armitage's recent arrest and resignation has left Gust conflicted and hurt.

Gust believes that Armitage's tendency to challenge students to defend their worldviews wasn't necessarily a rant against any one person or belief, but rather an engagement in an academic process that many students didn't understand or found to be unproductive.

"It's weird that he has this polarizing effect on people," said Bovenzi. She said many students on the trip, especially those in the Western Program like Gust, were close to Armitage and considered him to be a mentor.

"I felt like the rug was pulled out from under my feet, when you realize somebody who trains you early was a monster and was formative in how you see yourself as a student," Gust said. 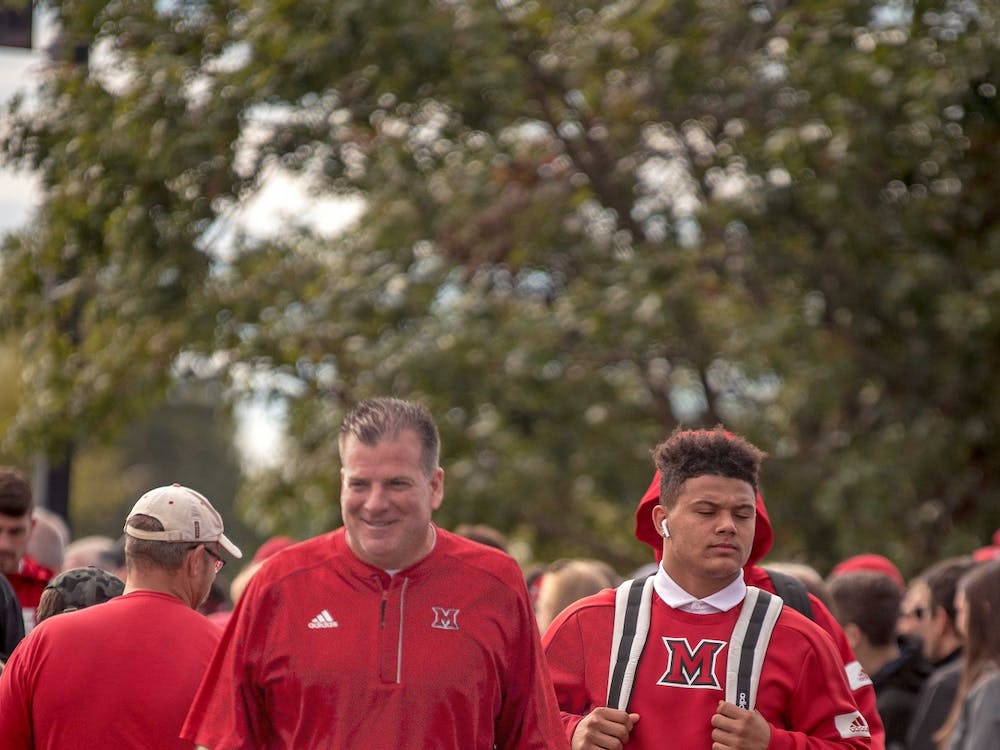 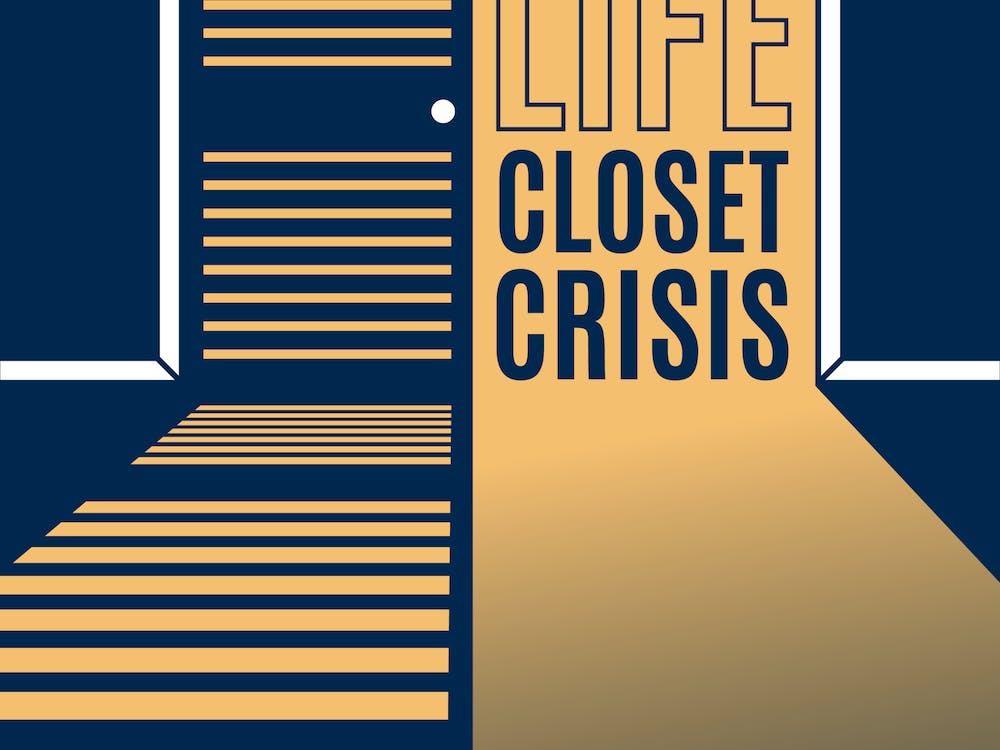 Quarter Life Closet Crisis - Episode 2: In with the new

This week on "Quarter Life Closet Crisis," Nina talks with Amy about the process of choosing new items for Samantha’s wardrobe, and we hear Samantha’s reaction to those recommendations.