Kathy Parrett wakes up at 3 a.m. on a rainy Friday. By 4 a.m., as usual, she clocks in at work and picks up her company car, a bright red Ford sedan adorned with white Miami University "M" decals, then begins making her rounds, checking in on each of the seven buildings she oversees as a building and grounds manager at Miami.

This campus -- the eerily quiet one that exists hours before the sun rises and classes begin, the one devoid of students filling desks and faculty holding office hours -- is the one Kathy knows best.

Yet Miami students know nothing of Kathy's campus, or of the life she leads on and off it.

On this morning, Kathy beats the sun to Laws Hall, her voice echoing down a long corridor on the third floor.

Keri is Keri Sherman, one of a pair of custodians charged with keeping Laws running and among the dozen or so employees Kathy oversees.

Kathy fishes her cell phone from her pocket, punches in a number.

She takes a seat on a bench in the hallway, waiting for Keri, who's been working a floor below.

The two women have spent the past few days monitoring a window well in the basement that's been flooding when it rains. When Keri comes upstairs, the water is the first thing they discuss.

"Yeah, that scares me a bit," Keri says.

"The pump just kicked on. It should be good."

That concern aside, Kathy lets Keri in on the news of the day.

"They had a student over in McGuffey this morning that was unresponsive in a classroom, asleep," Kathy says. The custodian tending the building couldn't wake the student up, so they had to call Miami police.

"That's terrifying," Keri says. Her youngest son is nearly impossible to wake up, but still.

"Yeah, I didn't see an ambulance over there, so they probably got him up," Kathy says.

They chat for another minute, then part ways. Kathy, after all, still has six buildings to get to.

Kathy isn't a desk person. The moving around and talking to people is the part of the job she likes, which is good -- she spends three-quarters of her shift on the go, only returning to her desk in the Cole Service Building to place work orders, pick up supplies, and attend to other duties.

The desk work will come later. For now, Kathy leaves Cole, wielding an umbrella, and runs through her list of buildings: Upham, Laws, MacMillan, Warfield, Boyd, Hoyt, Pearson. She visits each every day, making sure her custodians are doing their work and have the right supplies.

She carries keys to each -- 53 buildings in all -- on a metal ring large enough to slide onto her wrist. Those keys are a status symbol, awarded only to managers in Physical Facilities. They've earned Kathy a bit of respect among her employees and fellow supervisors, one of whom suggests she ought to be called "Kathy Parrett, Savior of Building Services."

Kathy had only planned to stay at Miami for five years.

An Oxford native and Talawanda High School alumna, she held a variety of jobs after graduation -- providing in-home care for an elderly couple, working as an assistant manager at a Dairy Queen -- before landing at Miami.

She figured she'd work at the university for only a few years. But three years in Miami's kitchens were followed by another three cleaning Shideler Hall. Then came a promotion to supervisor in Physical Facilities in 1992.

Call it a change in plans.

By 1999, Kathy began to feel a sense of stability. She'd been a supervisor at Miami for five years. Her husband, Randy, worked at the university, too.

Kathy, then 34, and Randy had met at the AmeriStop where she worked after high school and he was a frequent customer. Now, they were raising two sons, then ages 4 and 2, and living in College Corner.

Then Randy suffered a severe back injury and was laid off. So Kathy became the family's only breadwinner. The salary she made at Miami wasn't enough to support the entire family. Bills piled up, and Kathy was afraid they'd lose their house.

So she started a business.

In her mind, it was simple: "He couldn't work. I needed income."

Parrett's Handiworks started modestly, with Kathy cleaning houses in and around Oxford after her shift on campus to earn money for house payments. When Randy recovered, he joined her in business and they rebranded themselves as odd-job specialists, offering moving and storage services, lawn care and deep cleaning.

Today, the Parretts employ several other part-time workers, and Kathy runs the business out of the house -- which they never lost.

Each day after her shift at Miami ends, Kathy spends three hours in the afternoon cleaning for her clients. Some days, she visits the well-appointed homes of Miami professors; on others, she plunges overworked toilets at fraternity houses.

"Somebody has to do the grunt work, like it or not," she says. "Sometimes it has to be me."

More often than not, it does have to be her -- or at least that's how it seems as Kathy's tenure at Miami has progressed.

Kathy remembers when her staff was assigned to clean the Farmer School of Business.

"They said that building would require 12 custodians to clean it. And they gave us zero."

They had to make do by pulling staff from other buildings.

The atmosphere at Miami, Kathy says, has changed.

"They now run this more like a business compared to what they used to when I started here. It's just not as family-like asZ it used to be back in the day when I first started. 'Do more with less' is a thing they have promoted really highly ... Always have to do more with less."

The pain was unbearable.

It was June 2016, and Kathy was shopping at Walmart. Her jaw hurt so badly she was crying. In her 51 years, she'd never felt pain this intense.

In the middle of Walmart, she called her mother, a nurse, for advice.

"You need to go to the hospital right now," her mother said.

"Just go to the hospital and tell them what you told me," said her mother.

It turns out jaw pain was a symptom of something much worse.

Overnight observation and testing showed that Kathy had two blocked arteries -- one at 99 percent and the other at 80 percent -- and had narrowly avoided a fatal heart attack.

The doctors installed a stent, and Kathy was back at work a week later.

"I felt getting back and moving and all would be better than laying around."

She says it's just the way she was raised.

While her mother worked full-time as a nurse, Kathy's father ran a tree-trimming business, which the family still owns, and they both tended the family's two-acre property, with its garden and livestock. Kathy and her brothers helped grow and can the family's food.

"They basically just instilled to us that we need to constantly work," Kathy says.

"It's kind of second nature to me."

So, too, is Kathy's desire for independence. That, she says, stems from cultural expectations in her youth that men were supposed to take care of women.

"Most of the girls back when I was growing up, they always thought they'd get married and have kids and have a house, but never a career or anything like that.

"I always thought, 'I don't want to have to depend on a man for nothing. I want to be able to do my own thing and be able to support myself.'"

In 1999, the same year her husband injured his back, Kathy decided to go back to school. She figured she'd take advantage of the free-tuition benefit that Miami offered employees and earn the college degree she'd never gotten.

While raising two sons of her own plus three stepdaughters, she chipped away at a diploma one class at a time, mostly at Miami's Hamilton campus -- and pulled 15-hour work days.

Eighteen years later, in spring 2017, Kathy graduated with her associate's degree in Humanities. Now she's working on her bachelor's in Integrative Studies, with a concentration in organizational leadership. This semester, she goes to class on Monday and Wednesday afternoons.

Kathy tries to take five classes a year -- one each in the January sprint term, fall and spring semesters, plus two more in the summer -- so she expects it'll take her another four years to finish.

Then, she says, she'll retire from Miami and begin a third career, in custodial consulting. She hopes to help universities and school systems determine their cleaning and maintenance needs.

It's a job that typically requires a bachelor's degree, which is why Kathy regrets not going back to school sooner.

"Now I'm trying to catch up... I would probably be in consulting way before now. But I didn't really know what I wanted to do. I was just trying to find a job, and this just happened."

That's not to say Kathy doesn't like her current work, or that she doesn't take pride in it.

"I think a lot of people look down on the job that we do, as far as custodial work. People don't want to be in places that aren't clean. Somebody has to do it, and the people that do it get paid.

Kathy is tired of hearing people debate their positions on the social ladder. She's tired of politics in general.

"Everybody is so crooked in there," Kathy said. "Everybody says stuff and then somebody's pointing a finger at them: 'Oh, you said this,' or 'You said that.' I just want to say, 'You all need to grow up.' That's the stuff we did when we were in elementary school."

Instead, Kathy keeps to what she knows -- her core beliefs.

And she knows what they say.

"Everybody that meets me, they're like, 'Oh, you do all that. Wow, that's amazing.'"

Not so, Kathy says.

"I'm just a normal person, you know, just trying to make a living and trying to do what's best," she explains.

"I'm so used to it that it doesn't seem like nothing" 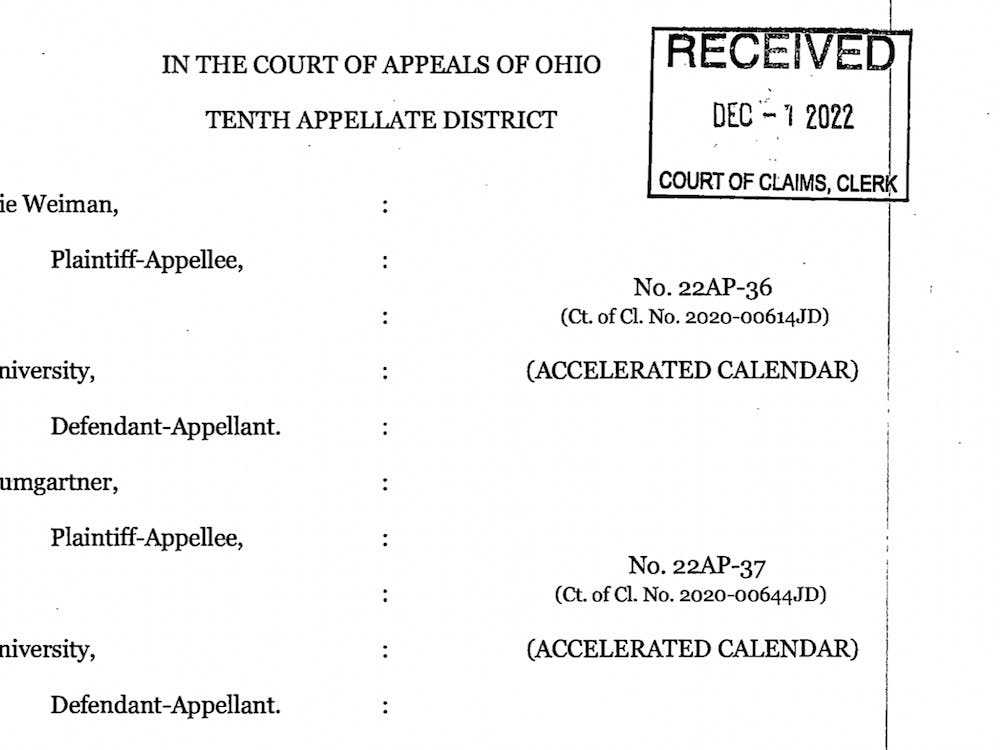 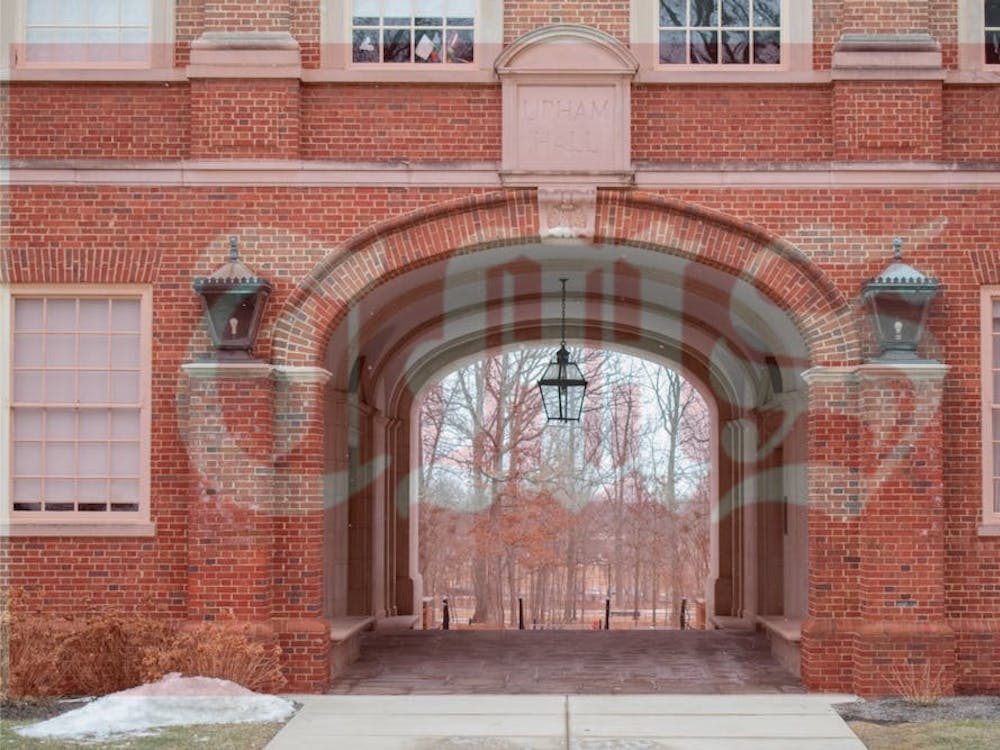