Over the past decade, four-year colleges across the country have seen a dip in the number of students pursuing a humanities degree. Miami University is not immune to this trend. In response to the decrease in enrollment, departments in history, languages and identity-studies, among other disciplines, have adjusted their resources accordingly.

According to data collected by the U.S. Department of Education, the humanities accounted for 11.9 percent of all bachelor's degrees awarded in 2015, compared to 14.9 percent a decade earlier.

At Miami's Oxford campus, humanities majors currently account for 10.7 percent of undergrads, according to data compiled from the Office of Institutional Research. The last time Miami was above the national average was in 2008.

Despite the university's expanding undergraduate enrollment, the number of humanities majors has been on a steady decline. Ten years ago, Miami boasted over 2100 humanities students, 300 more than the number today.

Although department resources have shifted, Renee Baernstein, associate dean for the College of Arts and Science (CAS), said that the humanities at Miami have not suffered, due in large part to the school's liberal arts tradition.

"I don't in any way see a crisis here," Baernstein said. "But we have to respond to the environment."

Baernstein said that the number of humanities students fluctuates with each class, but this is the lowest cycle she has seen in her 25 years at Miami.

One reason behind the humanities dip, Baernstein said, is the rise in students entering college with AP credit from high school. While this credit makes it easier for students to graduate on time, it discourages them from taking introductory Miami Plan courses, thus preventing students from discovering a field they might love.

"I was a history major in college, but I actually hated history in high school," Baernstein said. "It wasn't until I got to college and had to take a history class that I realized that it was not the same subject I studied in high school."

The history major saw the sharpest drop in enrollment. Over the last ten years, it has gone from 233 students to less than half that number today.

Another reason for lower enrollment in the humanities is that students are wary about pursuing a degree that they believe will make it difficult to find a career after graduation.

Although sophomore Nathan Sterzenbach said he found joy in his creative writing class, he ultimately decided to pursue a degree in management and leadership, even though he isn't as passionate about the material.

"I was afraid I'd be unable to find a solid career with a creative writing degree," Sterzenbach said. "It made more sense to me to go with something I knew I could trust to place me in a career."

In order to combat this uncertainty, the College of Arts and Science teamed up with the Center for Career Exploration & Success (CCES) to inform students that they can study their passions and still make a living for themselves later in life.

Shelby Summers Ballard, the assistant director of CCES and CAS liaison, said employers want to hire humanities students. She works directly with humanities students to help them perfect their elevator pitches and connect their academic experiences to job descriptions.

"They're really looking at the skills of who they're hiring," Ballard said of employers. "They're looking for students who ask questions, have the ability to summarize arguments and who can think critically, which is what the humanities teach."

Now in its second phase, Humanities Works is an initiative spearheaded by Baernstein and Ballard, along with CCES Assistant Vice President Jen Franchak and Humanities Center Director Tim Melley, that aims to educate students on how to pursue their major with confidence.

In addition to producing pamphlets with up-to-date employment data specific to each major, Humanities Works intends to update each departmental website with potential careers related to the major, spotlighting recent Miami alumni. On top of this, the websites will direct students to related clubs and professional organizations on campus that might provide more opportunities outside of the classroom. 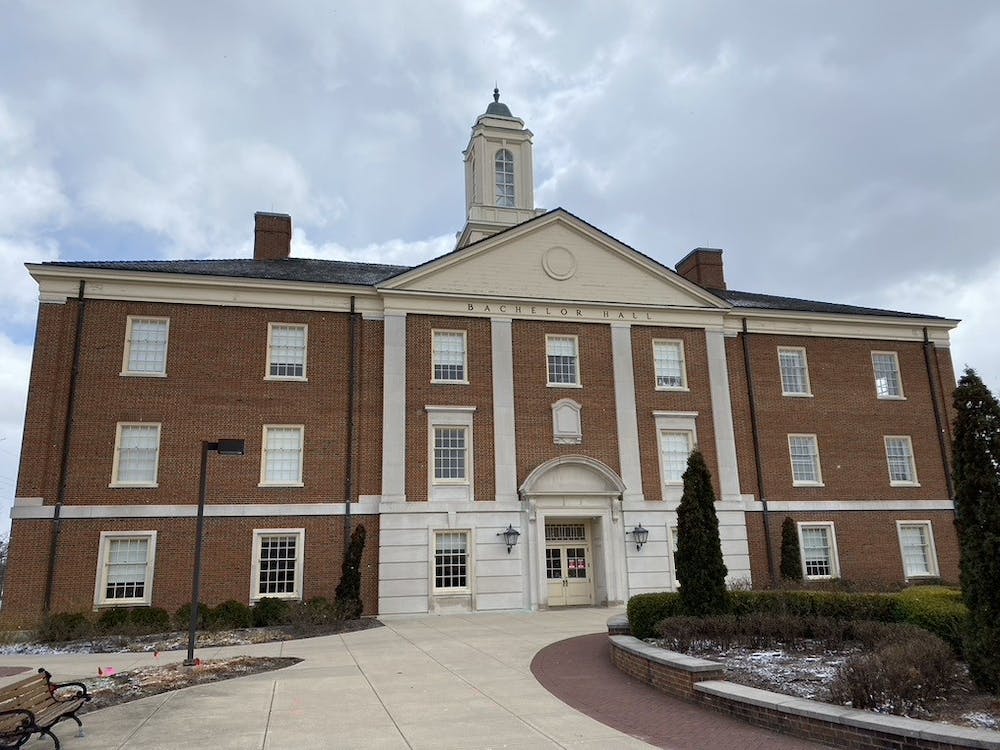 Bachelor Hall to undergo renovations and become a hub for humanities

Bachelor Hall will undergo a complete structural and cosmetic renovation to combine humanities classes and modernize the 43-year-old academic building.