From Unicycles to Ukuleles: Miami Students Show-Off Their Schticks

Darkness settled over the Wilks Theater stage aside from a soft light that illuminated a single microphone. Students filled out tickets for various door raffles before taking their seats. Performers wandered upstage for mic-checks, reading bits of poetry and strumming a song's first verse.

On Friday, April 6, students gathered to showcase their skills at "Miami's Got Talent," an event organized by National Residence Honorary Hall (NRHH).

The evening consisted of singing, dancing, unicycling, poetry and even the recent internet sensation Yodeling Walmart kid. Prizes included a 55-inch TV, a Nintendo Switch, Beats Powerbeats and a Roku Ultra. The blend of performances and competition kept the audience both engaged and entertained throughout the evening.

One later act, however, was not received quite so warmly.

Nathaniel Hieber went a bit too far with a comedic skit, discussing volatile subjects like social issues and politics in an insensitive and unamusing manner. The audience didn't seem to know quite how to react, his act ended up being cut short. People organizing the event came onstage and clarified that Miami does not endorse or support what had been said, and the show continued.

"I came tonight because my RA told me about it," said freshman Lilyana Brian. "I saw a picture of it on the Miami Snapchat and it looks fun. They were giving prizes."

To open the show, Gaby Preciado, an education graduate student, sang a song entirely in Spanish. Her voice intertwined with melodic guitar chords and, despite not understanding most of the lyrics, her passion and rhythm captured the room's attention.

"This sounds like something I'd listen to on the coffee-station on Spotify," first year Annika Nelson said while listening to Musick perform.

Sophomore zoology major Nan Kanjanakullawat is an international student from Thailand and a member of Miami's only mixed a capella group, Just Duet. She walked onstage dressed in black jeans, a purple shirt and converse -- a casual outfit that contrasted her powerful performance of "Almost is Never Enough" by Ariana Grande.

"I've been singing since I was 7-years-old," Kanjanakullawat said. "My dad taught me because he loved singing. The melody [of this song] is beautiful and it suits my voice. This was so last minute, so I didn't practice or anything. I just saw the email and was like, 'why not?'"

For the next act, the projector screen suddenly rose, revealing an empty stage. A moment later, Will Geers rolled into view riding a unicycle and juggling with ease.

Geers, a sophomore mathematics major, joined a circus group in first grade and learned all sorts of tricks from unicycling to tight-wire to aerial silks to trapeze.

"Our circus group does a lot of performances so I'm kind of used to it," Geers said. " I was trying to juggle and the lights were shining directly into my eyes, so I couldn't really see any of my props; I was just relying on muscle memory."

The audience gifted him with claps, cheers and a few gave a standing ovation.

"I'd say the kid with the unicycle [was my favorite act]," said freshman Jesse Beinkampen. "It made me laugh really hard." Beinkampen then referenced a friend sitting next to her, "She can verify that for me."

Jermaine Carew finished the evening with a powerful poem about 'an icon, a commoner and a stranger.' Complete with dramatic movements and voice characterization, Carew's performance moved his listeners and was truly unique. He said he'd written the piece "about two hours ago and to bear with him," but it was hardly noticeable.

After the final act, audience members were invited to vote electronically for first through fourth place. Roach came in fourth, followed by Myers in third and Geers in second.

It was nearly 11 p.m. after prizes were awarded and students began to file out of Wilks. Laura De Oliveira walked away with the 55-inch TV first prize for her rendition of "Gasoline" by Houndmouth. She's been singing since elementary school, but didn't sing in public until seventh grade. For Christmas a few years ago, she received a ukulele, has loved it ever since and soon became comfortable performing with it.

"It felt really great," De Oliveira said. "I honestly wasn't expecting it, I didn't know how many people would be here. I also have a big a friend group here, and I knew they would pull through for me." 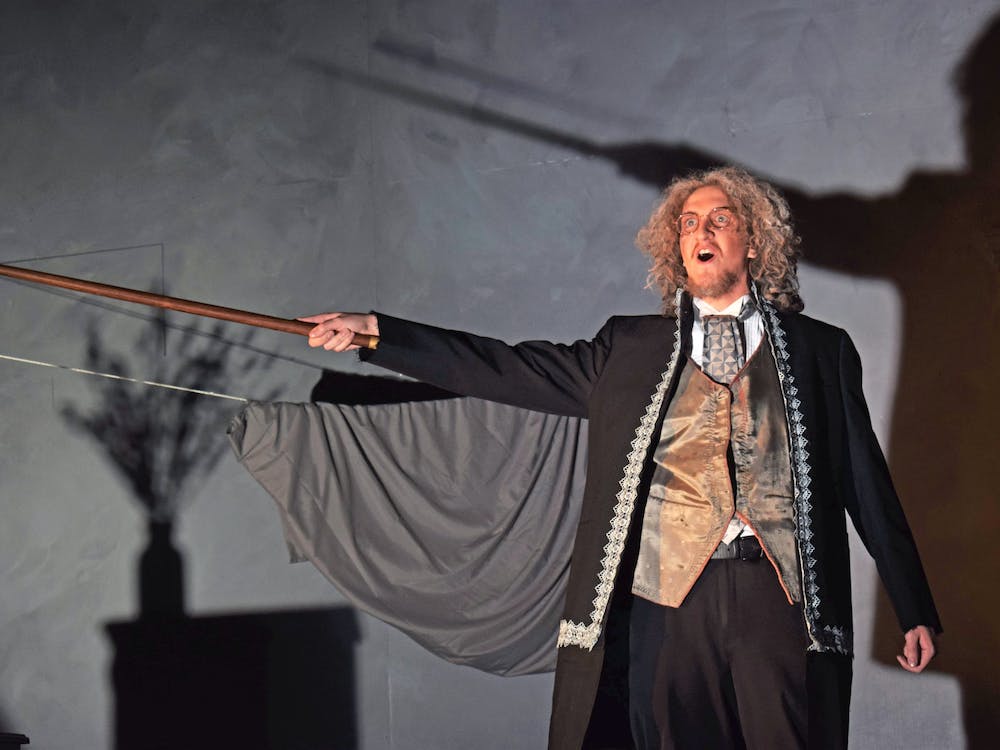 No need to go Uptown this weekend if you’re in the mood for a night of cross-dressing and infidelity; instead, catch a performance of “The Marriage of Figaro” from the Miami University Opera Theatre. Composed by Wolfgang Amadeus Mozart with a libretto by Lorenzo da Ponte, the show is one of the most well-known operas of all time. According to Operabase, an online database that compiles statistics on opera performances and companies, “The Marriage of Figaro” was the tenth most popular opera during the 2018-2019 season with 424 performances.

By Emily Dattilo | 2 days ago

By Zoey Becker | 2 days ago