In an effort to improve safety on campus, Miami University implemented a new policy this semester that restricts residence hall access to one door between 11 p.m. and 6 a.m.

"We care deeply about Miami students and want to do everything we can to keep students safe," said Vicka Bell-Robinson, director of Residence Life. "Limiting the number of entrances into a facility, especially overnight, is one way to do that."

Residence halls are locked 24 hours a day, and students who live in the residence hall can unlock the doors using their Miami IDs. This move, Bell-Robinson said, allows those students access to unlock only one door during those restricted hours, but any door can be used as an exit.

By limiting nighttime entrances to one door, the office of Residence Life also hopes to combat dangerous alcohol incidents and sexual assault on campus, said Maggie Laing, an RA in Emerson Hall.

"The theory is that the door that will be unlocked is right by the RA office, so we'll be able to see if people we don't know are coming in the building or if someone's coming in that looks really like they need some help," said Laing.

Effie Fraley, president of RHA, said their intentions were not to make students feel as if they are being punished or monitored.

"We don't want the students to feel targeted," Fraley said. "It's more so letting them know that people are there for them."

This policy was put in place by a temporary committee formed by Miami University President Gregory Crawford. Now that the measures have been implemented, a permanent Residence Hall Safety Committee has been enacted, made up of representatives from relevant offices around campus, such as Physical Facilities, the HOME Office, Residence Life, Card Access, Environmental Health and Safety and the Miami University Police Department.

The nighttime entrances were chosen by examining data showing which door was most used, in addition to feedback from residents and staff.

Although the policy was implemented with the safety of students in mind, some feel it is ineffective in this goal. Porter Hall, for instance, has chosen to lock the door across from the Rec Center that many of the students use. They are now forced to enter the door which faces the quad on the opposite side of the building.

"Personally, I think the whole reason that that door has a curfew is for safety concerns, but unfortunately I think it poses an even greater safety risk to students," said sophomore Kristine Connelly. "If I'm coming back from the Rec, right across the street, and the lights are kind of dim...I have to walk around [the building]."

Fraley said they hear these concerns and are making an effort to correct instances where the most effective and safe door may not have been chosen for 24-hour access.

"This is always susceptible to change," Fraley said. "If the hall comes to student affairs and says, 'Hey, this is not the door that people are predominantly using, and we would much rather on hall consensus use this door,' it will change to that door."

Others have concerns about the effectiveness of the new safety measure.

"Their theory is that there will be someone at that door at all times," said Laing. "We're not there all the time, so that's something we had a lot of concerns about when we first heard about the implementation of the locked doors."

The Residence Hall Safety Committee will re-evaluate the policy at the end of the semester to determine if it is effective.

"We will continue to keep our eyes on the change and make adjustments if necessary, as long as those adjustments don't undercut the safety of our students," Bell-Robinson said. 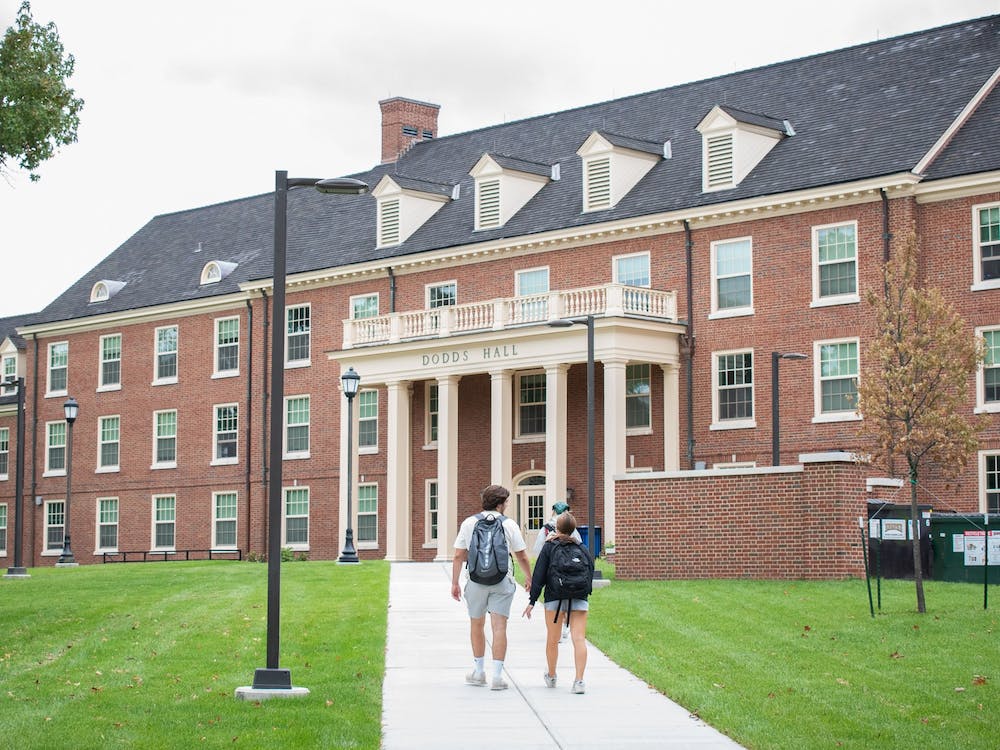 Miami University’s Dodds Residence Hall, known among students as “Dirty Dodds” for its bugs, leaks, mold and other issues, was renovated over the summer.