It would not be out of place to see Greg and Renate Crawford, the president and ambassador of Miami University, exercising in the Rec Center. Renate could be found doing strength training in the weight room, or Greg might be spotted on the rowing machine. And there is a good chance one might pass them running Uptown, on the nearby nature trails or up and down the stairs in Yager Stadium. They will likely be accompanied by their dog, Ivy, or by a group of Miami students.

Physical activity is at the core of the Crawford philosophy: The duo believes that exercise benefits both mental and physical health. Greg prefers bicycling; Renate loves to run. Greg exercises in the early morning to clear his mind and prepare for the day. Renate draws inner strength from exercise, especially on days where she teaches or attends big meetings. A workout is her "second cup of coffee," she said.

The Crawfords have hosted several fitness events since their arrival at Miami, an idea that stemmed from Renate's passion for physical activity. As an ambassador for the university, making Miami a healthier and more active campus is one of the pillars of her platform.

"It's always better to work out with friends," Renate said. "It holds you accountable, and it's just more fun. I figured [hosting events] would be a great way to connect with students and the rest of the Miami University and Oxford community."

Although Renate spearheads the effort to promote health and fitness on campus, Greg does not hesitate to participate.

"Renate and I are a team, so we support each other's passions," he said.

Each semester, the Crawfords host at least one Late Night Miami event. The past couple semesters, they have collaborated with the Rec Center to put on "Spinning With the Crawfords," a program in which Miami students watch a movie while riding spin bikes alongside the Crawfords. This event has, so far, been President Crawford's favorite.

"I absolutely love the spinning and the movie," he said. "I am an avid bicyclist, and I love watching a good movie."

The event also sticks out in his mind because of the dedication he witnessed from the Rec's students and staff. Before the event, they had to move 70-80 spinning bikes out to the basketball courts and set up the movie. After it was over, they had to break it all back down. Still, they did the job with enthusiasm and positivity, he said.

"They are all so passionate and dedicated to Miami and to promoting the best activities for our students," he said.

Once a month, in the backyard of Lewis Place, the Crawfords host M.O.V.E., which stands for Miami & Oxford Value Exercise. This is a fitness bootcamp taught by Rec instructors for Miamians and Oxford residents of all ages and skill levels. This year, many of the M.O.V.E. Bootcamps are put on in collaboration with student groups and have unique themes. Last Veteran's Day, campus ROTC units and veterans helped put on the bootcamp, and on May 12, there will be a graduation-themed camp, the Seniors/Graduates Send-Off.

A favorite fitness memory of Renate's is tied to one of the first M.O.V.E. Bootcamps.

"It was March and 20 degrees - thank you, Ohio weather - and we were working out in our frozen backyard," she said. "It was also Greg's birthday and we had an eight-year-old with his mother, students, faculty, staff and community members, including friends from the Knolls, all working out and simultaneously celebrating Greg's birthday together."

It was, she said, just what she had envisioned M.O.V.E. to be.

Sometimes on Sundays, the Crawfords take a group of people, usually students, on a three-mile morning run that includes the natural trails in the woods around campus. After the run, everyone returns to Lewis Place to eat breakfast together, family-style. At these breakfasts, nothing is catered, and nothing is fancy. The Crawfords and their running crew of the day cook, eat and share stories together.

These special Sundays usually come about by groups directly reaching out to Renate: fraternities, sororities, student government, alumni and clubs have all spent a Sunday morning or two running with the Crawfords. Some groups make it a regular event, such as the Delta Chi fraternity, who make sure to come by at least once a semester. Renate puts out an open invitation for people to reach out.

"If you're interested," she said, "just email me and we'll find a Sunday."

In the summer, while most of Miami's students are away, Oxford continues to promote healthy habits. The Coalition for a Healthy Community's Oxford branch holds "Yoga in the Park" every Saturday of the summer. It's either in Uptown Park or, as was often the case this past summer, in the Crawfords' own backyard.

There are several motivations for putting on these events open events, Crawford said: building camaraderie and community, meeting with students, hearing students' stories and collaboring with other people on campus and in town.

The Crawfords show no signs of stopping in their quest to make Miami a healthier campus. Renate works closely with students and organizations to come up with new ideas and collaborations.

"We'd love to have suggestions and feedback from the community to set up future events and initiatives," she said.

One example of a possible future event is a showcase of all the health and fitness clubs, groups, initiatives and events that Miami has to offer. It would be a format similar to Mega Fair and could be called "Mega Fit," Renate said.

The Crawfords encourage anyone to attend their future fitness events, and to embrace an active lifestyle. 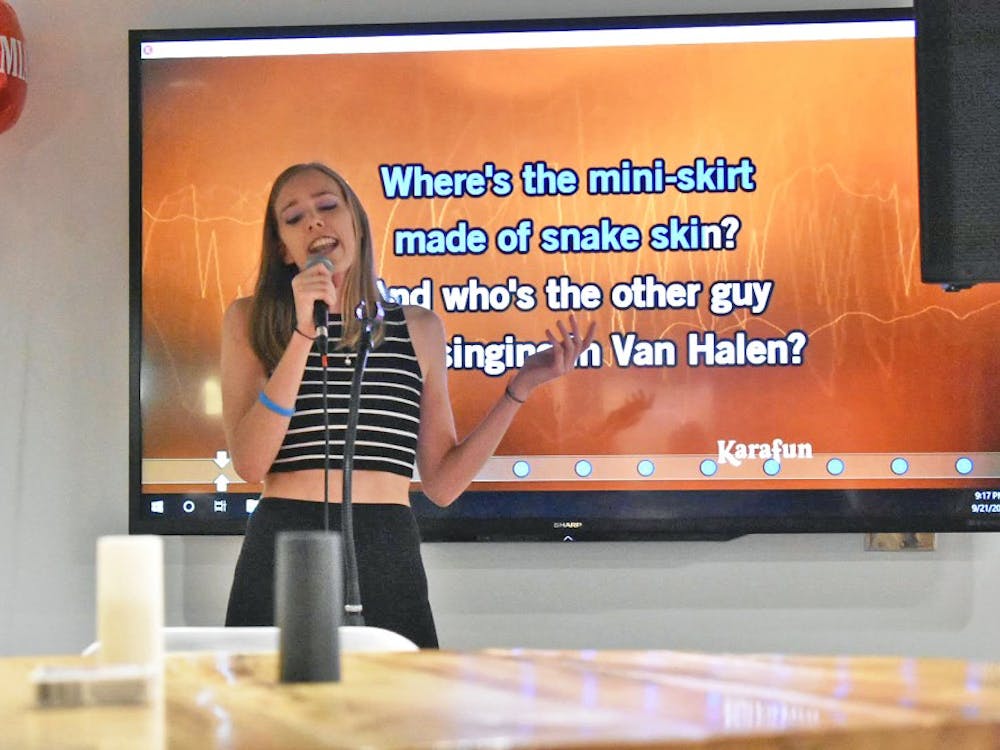 Do you remember the 21st night of September? Red Zone does.

Red Zone is an area upstairs in the Armstrong Student Center typically used as a hangout for watching sports with friends. However, on Sept. 21, Miami Activities and Programming (MAP) took over to host a karaoke night for about 20 people. 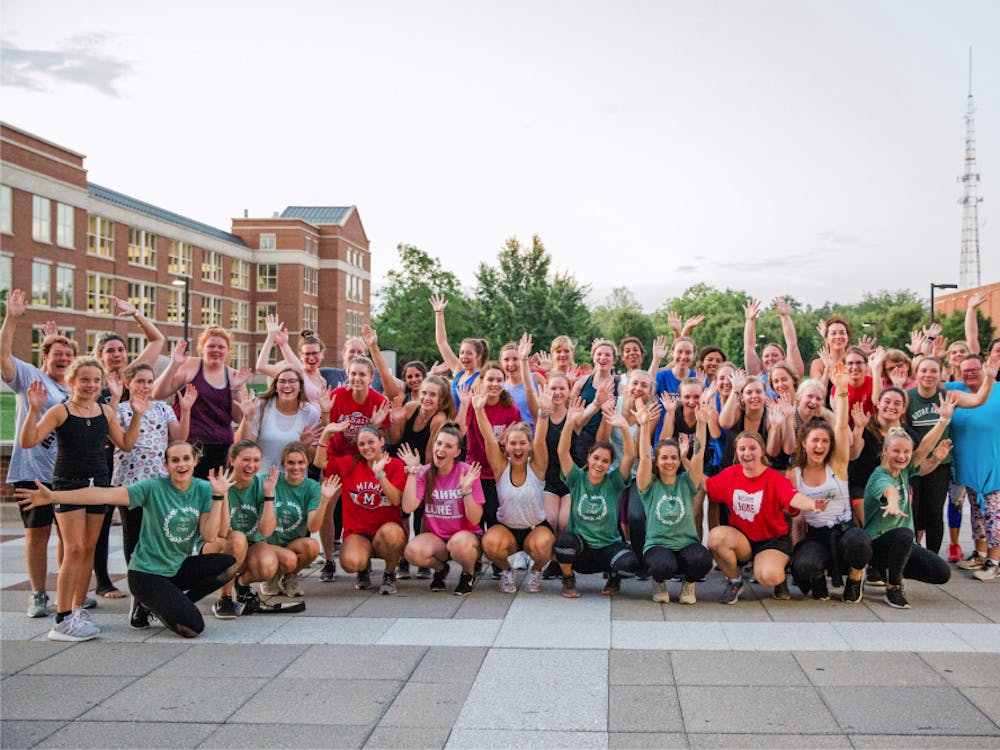