There is the romantic, old-world vision as presented by the 1953 classic "Roman Holiday"-- the air permeated by the sticky sweet scent of gelato, sweeping monuments that have stood for thousands of years at every street corner, accordion-wielding musicians belting "That's Amore" outside all of its cafes.

But Rome is also the largest city in Italy. It is 12 times larger than Florence. It is dirty and crowded, and aggressive vendors brandishing cheap selfie sticks and rain ponchos are as ubiquitous as impenetrable crowds of tourists.

There are degrees of truth in both of these versions of Rome, and they constantly compete with one another to present a city that is simultaneously ever-changing and a constant in which one knows exactly what to expect from its soaring hills and weathered marble.

As English writer Graham Joyce once observed, "Rome is a place almost worn out by being looked at, a city collapsing under the weight of reference."

Rome, at peak summer months, feels a little like Disney World -- built to serve as a city-wide tourist attraction. Welcome to Former Roman Empire World, where one can observe a 3,000-year-old city that offers several Wonders of the World, breathtaking churches and museums and plenty of McDonald's restaurants if you're feeling homesick.

One can follow in the footsteps of Audrey Hepburn and Gregory Peck, of Hilary Duff and Percy Jackson characters as they tour the birthplace of carbonara pasta and what is universally known as the "Eternal City," due to ancient Romans' faith that Rome would remain standing forever.

If major tourist attractions aren't appealing, one can also take a self-guided stroll down one of its cobblestone roads. Just remember that the city was built on seven hills, and if San Francisco's infamous peaks are the Alps, then Rome's sloped streets are all Mount Everest.

Public transportation in Rome is more efficient than most urban areas. For 1.5 euro, you can squeeze your way into a metro car and miss your stop because of apathetic, equally confused other tourists blocking the doors.

Rome is dirty and crowded and overwhelming. But if one can look past all of this, it's easy to find that it is also, in my father's words, "magical."

In most major cities, packed stifling subway platforms spit people out into equally packed streets, walled in by looming skyscrapers. In Rome, almost any metro stop leads to a new awe-inspiring landmark.

Spagna takes one to the Spanish Steps and surrounding piazza, where Gregory Peck famously declared, "Let's have ourselves a Roman holiday," to Audrey Hepburn as she nibbled on gelato in 1953. The cavernous Pantheon and soaring white marble Trevi Fountain are also a euro-toss away from the station. Colosseo lands one before the Colosseum itself -- the world's largest amphitheater and former site of vicious gladiator battles.

Rome is also home to an entirely different country -- Vatican City, home of the Pope and technically its own city-state, is a museum-littered green oasis nestled into the otherwise metropolitan area. Roman landmarks St. Peter's Basilica and the Sistine Chapel also call Vatican City home.

Rome has an energy unparalleled by any other city, and the energy doubles at night. After the sun sets, everything lights up yellow and gold against the electric blue sky. Street vendors push glowing blue toys on tourists, that they can launch into the air above the city's piazzas to replace the urban lack of stars.

Rome is energized with its waves of visitors and locals, but it is also grounded, standing confidently and proudly on the winding banks of the Tiber River. The ancient Romans weren't right about everything, but they were right in deeming their city "eternal." 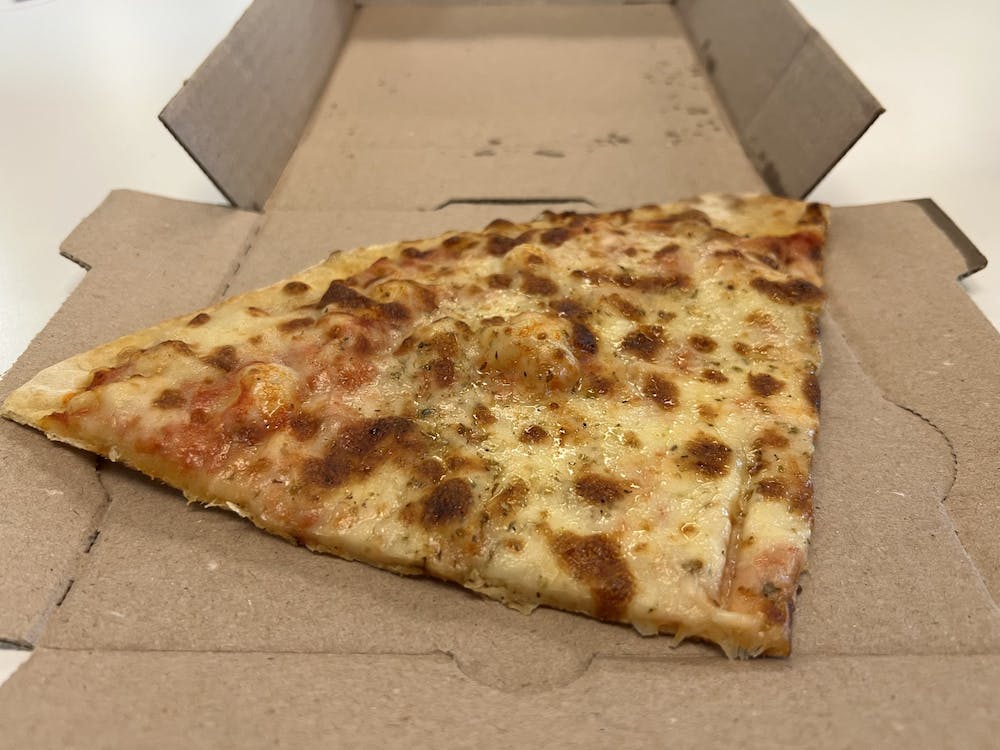 Sundial is dead, and I’m not too mad about it

Imagine my surprise when I learned that Miami University’s own Sundial Pizza was overhauled this summer courtesy of a new dining deal with Aramark, and that Armstrong’s new pizza option is named Eiffel Pizza.