"Never be like these fucking losers who think the deck is stacked against them. You can do anything you want to."

This was the advice that author J.D. Vance often heard from his grandmother, whom he knew as Mamaw, while growing up in Jackson, Kentucky and Middletown, Ohio. Following his Mamaw's advice, Vance has built a successful life for himself. He served in Iraq, received degrees from Ohio State and Yale Law and is currently a principal at a leading Silicon Valley investment firm.

But his story is a rare one.

In his recent memoir, "Hillbilly Elegy," Vance paints a hauntingly honest and personal portrait of the poor, white working-class, specifically the Scots-Irish or "hillbilly" subgroup. This is the culture that Vance was born into, but it's a culture that seldom sees or encourages his sort of upward mobility. The majority of people born into his situation never make it out.

It's hard to ignore the political relevance of Vance's book. In an election season that has rapidly broadened the harsh partisan divide in this country, Vance effectively gives a voice to the voiceless. Elite political candidates talk often about the plight of the working class and the Midwestern steel workers, but Vance gives us a true glimpse of their struggles from the inside.

This is part of what makes Vance's story so powerful. As he writes, "This book is not an academic study... [it's] a history of opportunity and upward mobility viewed through the eyes of a group of hillbillies from Appalachia." He sprinkles statistics and research here and there to bolster his message, but his aim is to tell a personal story. He offers a depiction of hillbilly culture, not as a candidate pandering to the masses or a well-dressed professor at the front of a lecture hall, but as a person who grew up within that very culture.

Vance's family, like many others, took part in the "hillbilly migration," traveling along Route 23 from Kentucky to Ohio in search of a better life. "To my grandparents, the goal was to get out of Kentucky and give their kids a head start," he writes. "The kids, in turn were expected to do something with that head start. It didn't quite work out that way."

While Vance's family was able to find work and improve their lives financially, they were never able to escape the culture that had held them back for so long. Hillbillies are proud. They value honor and don't take kindly to insults or injustices against their family. These values did not translate smoothly into the polite and orderly world they moved to.

In one instance, a pharmacy clerk yelled at Vance's Uncle Jimmy, a young boy at the time, for playing with an expensive toy. Jimmy's parents, Vance's Mamaw and Papaw, responded accordingly. Papaw smashed the toy and began to move toward the clerk aggressively while Mamaw "started grabbing random shit off the shelves and throwing it all over the place. She's screaming 'Kick his fucking ass! Kick his fucking ass!'"

It's these anecdotes, laced with humor yet punctured by a deeper sorrow, that make Vance's memoir so striking. He explains that hillbillies have many vices -- alcoholism, drug abuse, rowdiness, adultery -- and these vices follow them into Ohio's Rust Belt. On one occasion, Mamaw warned her husband that if he ever came home violently drunk again, she'd kill him. A week later, he returned home plastered.

"Mamaw, never one to tell a lie, calmly retrieved a gasoline canister from the garage, poured it all over her husband, lit a match, and dropped it on his chest."

He erupted into flames, but escaped with only minor burns. If this were some goofy cartoon depicting backwards, barefoot, moonshine-swigging hillbillies, we might chuckle at their antics.

But, of course, it's not. These are real people dealing with real issues. By blurring this line between humor and real-world terror, Vance forces us to empathize with his people, to break down our stereotype-riddled views and look at them as common human beings and citizens.

As I made my way through Vance's story, I struggled to identify what side of the political spectrum he was coming down on.

By detailing the immense struggles faced by the white working-class, Vance at first appears to be denouncing the right's ideal image of the American Dream, arguing that not everybody can work their way upward through hard work and determination. He attributes his own success not to personal willpower, but to a combination of talent, luck and the help of those around him.

At the same time, however, he does not shy away from criticizing his culture's faults. He tells the story of a man he worked with at a tile warehouse who, despite being lucky enough to land a well-paying job, lost it due to chronic laziness. "There is a lack of agency here -- a feeling that you have little control over your life and a willingness to blame everyone but yourself." Is he confirming the conservative notion that the poor are held back only by their lack of a good work ethic?

However, attempting to view the book through a particular political lens is inherently misguided. Vance offers a personal narrative amid a politically polarized society, and yet here I was trying to apply to it that very partisan ideology. Vance's goal is not to say who among the left or the right is correct; his aim, rather, is to break down those party lines -- to push inward a nation that continues to grow further and further apart.

At the end of the book, Vance recalls a recurring nightmare in which he is chased by his mother, provoking "pure terror." The dream resurfaces later in his life, but this time, he is the monster and he is chasing after his dog, Casper. When he finally catches Casper, he sees the sadness in his pet's eyes. "So I didn't throttle him; I gave him a hug. And the last emotion I felt before waking was relief at having controlled my temper."

This role reversal echoes Vance's overall message. We cannot progress if we continue to demonize one another, to lump each other into categories (Republicans, Democrats, hillbillies, the 1%, etc.) and base our understanding of the world on the explanations of the few. Only by reading these stories, by attempting to comprehend why people are the way that they are, by learning how to practice radical empathy, can we move toward a better society.

"Hillbilly Elegy" doesn't accomplish that. But it points us in the right direction. 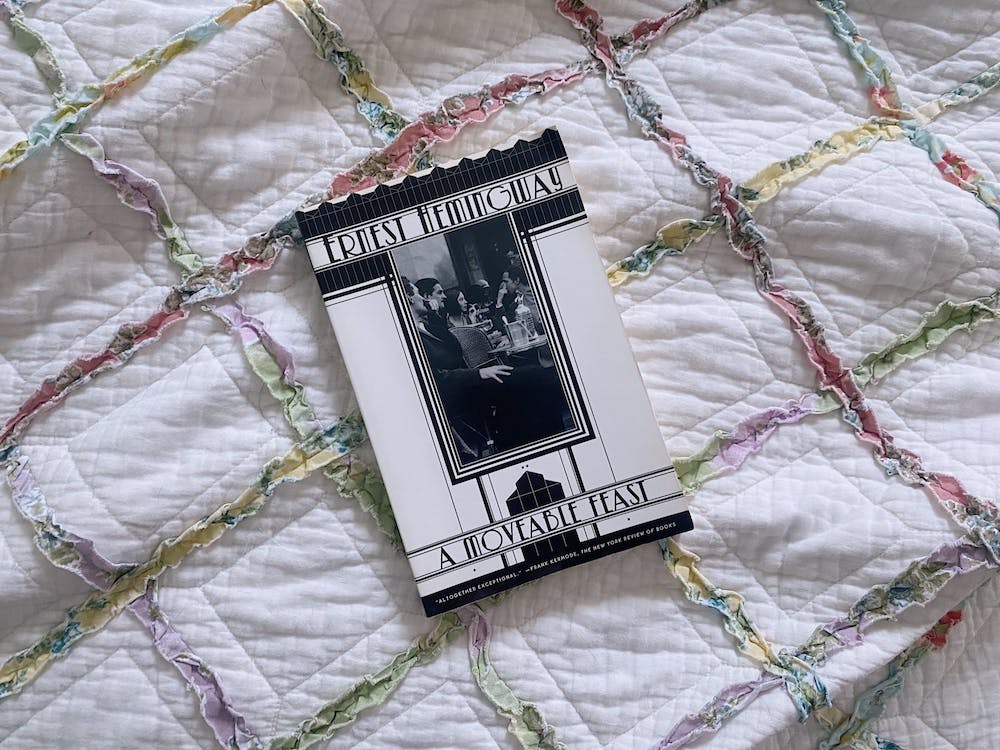