I like to think that I know a thing or two about television.

I write regular reviews of new shows and seasons. My Twitter feed is filled with thoughts from famous showrunners and critics. There's a copy of the brand new "TV (The Book)" on my bedside table. I do what I can to turn what many consider a dumb hobby or a worthless mode of procrastination into a passion, an exciting area of study.

Which is why I felt completely lost during Sunday night's 68th Emmy Awards.

Whenever a friend, fresh off their latest Netflix binge, comes to me with a suggestion for what to indulge in next, I give them a readymade answer:

That is true. I have a couple other shows that I enjoy slightly more because I can connect to them on a personal level, but from a critic's point of view, nothing is more superb than FX's tremendously offbeat miniseries that takes its inspiration from the Coen brothers' 1996 film.

Showrunner Noah Hawley blew me away with the first season in which he took the dark and humorous tone of the original and used it to craft a different and unique storyline. And then he somehow topped it with the second season, which jumped back to the 70s to tell a new story, albeit one that's still contained within the same universe. More than anything else I've watched, the second season of "Fargo" inches implausibly close to perfection. It deserves every award it could possibly be nominated for.

When it came time to announce the winners of the Limited Series categories Sunday night, there was one show that cleaned up, but "Fargo" it was not. Another FX miniseries, Ryan Murphy's "The People v. O.J. Simpson: American Crime Story," took home five primetime Emmy's.

Now I can't sit here and argue that "Fargo" deserved the awards more than "The People v. O.J." I never saw the latter.

But what's interesting here is the fact that "Fargo" seems to have simply picked the wrong year to be so good. "American Crime Story" must have been tremendous, and the Television Academy was ready to throw them as many awards as they could. Had the second season of "Fargo" aired any other year, I'm sure it would have run the board. It's not a case of being an inferior show. It's a case of unlucky timing.

That's not a huge problem, but the issue now is that the first season, which faced weaker competition, has three more Emmy's than its successor. When the TV historians of the future look back on these records, they'll be forced to conclude that the first season was the better show. And that's just not accurate.

I guess this a fact that we've always known to be true but don't want to admit. Awards shows simply are not reliable measures of greatness. Look at Leonardo DiCaprio. He's almost universally regarded as one of the best actors in the business, and yet he just won his first Oscar, and for a movie in which his performance was mediocre at best.

So why do we watch awards shows if we know them to be shams? It's certainly fun to root for your favorite shows. I cheered like a zealous football fan when Rami Malek took best lead actor in a drama series for "Mr. Robot," and I yelled obscenities at the screen when "The Voice" took best reality show over "The Amazing Race" (apparently it's more impressive to sit in a chair and judge singers than it is to coordinate a global race, but I digress).

But five years from now, we won't remember who won what. That's not what will stick with us.

We'll remember when Julia Louis-Dreyfus, normally ready with a joke or gag, broke down on stage when revealing that her father had passed away two days prior.

We'll remember when Patton Oswalt, whose wife died in April, dedicated his win to his daughter waiting at home and to "the other one [who] is waiting somewhere else -- I hope."

Awards shows are wonderful, but not as objective gauges on which art is best. They're wonderful for how they remind us why we consume that art. They're a celebration of the emotional power of mediums such as film and television.

I'd go on, but I hear the music starting up, so I guess it's time to end my rant. 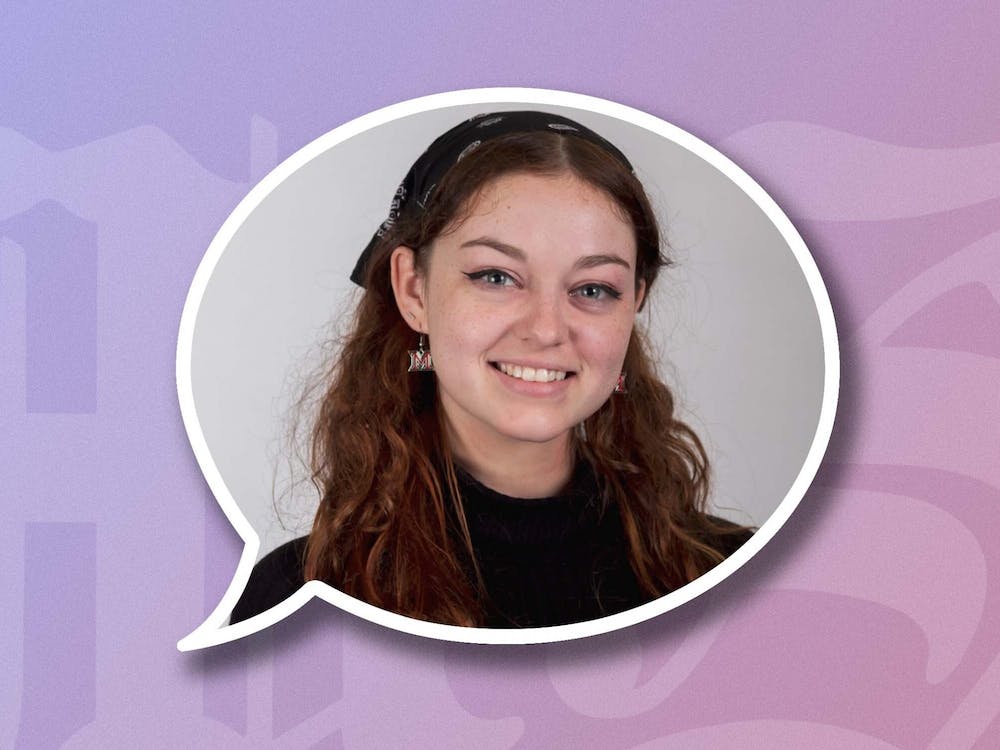 The year of the yes: a look back

Miami University community members huddled into Armstrong Pavilion on April 26 as more than 100 Miami University professors and the students that nominated them gathered for the 2022 Outstanding Professor Awards.