Winter has come and gone but 'Game of Thrones' is back

Warning: This review is dark and full of spoilers. If you have not watched through S6E1 of "Game of Thrones," do not read on.

The immensely popular fantasy series, "Game of Thrones" is lucky to have found a home at HBO. Filled with gloriously gratuitous battle sequences, a body count that climbs faster than Wall-scaling wildlings on cocaine and explicit sex scenes that constantly toe the line between seductively entertaining and outright pornographic, this nightmare for censors could never have survived on an FCC-regulated network.

That being said, while these adult themes have certainly been big draws for the audience, the show can't chalk its popularity up purely to all the combat and coitus. Most fantasy works are filled with breasts and beheadings, but none are as universally well-liked as "Thrones." The adaptation of George R. R. Martin's "A Song of Ice and Fire" has become one of the best shows on television because hidden beneath all of the prophecies, dragons and White Walkers is a sprawling story of humanity and political intrigue.

And after a surprisingly lackluster fifth season, "Thrones" seems to be getting back to its roots.

Since episode one, when the epitome of honor, Ned Stark, chose to execute a frightened deserter of The Night's Watch, the show has been at its best when it forces us to consider the difficult decisions that those in power must make. As common citizens, we are often quick to complain about the decisions of our leaders, often without considering the intentions or reasoning behind those choices. By putting us in the minds of the most powerful people in Westeros and Essos, "Thrones" broadens our understanding of what it's like to rule over an entire nation.

As season six picks up, this theme is as prevalent as ever. One message that is becoming common throughout all the variously intertwined storylines is that in the world of "Games of Thrones," there seems to be no greater poison than trying to do the right thing.

The opening shot is of the dead (yes, still dead) body of Jon Snow, who was murdered by his own men after forging an alliance with the wildlings in an effort to team up against the unstoppable horde of White Walkers. Arguably the smartest move in the entire series was answered with a sign reading "Traitor" and a series of vengeful daggers.

Similarly, season five saw Daenerys run out of her own city after her decision to free slaves and end the ruthless tradition of the fighting pits incited a violent uprising. She is now held captive by a Dothraki herd and, although her explanation that she is a Khaleesi saves her from becoming a sexual plaything for the new Khal, she is still doomed to live out her days in Vaes Dothrak with the other widowed Khaleesis.

"Thrones" seems to be posing the question as to whether one can survive the violent reactions to a peaceful decision.

Perhaps the best exploration of this idea is the power struggle in Dorne. The Dornish story was by far the weakest of season five, as the intriguing tension between Prince Doran and Ellaria Sand was overshadowed by an unrealistic, behind-enemy-lines rescue mission with Jamie and Bronn. Not to mention, the utterly atrocious acting by the three Sand Sankes.

Season six is breathing life back into this dying plotline. Doran's levelheaded decision to ignore Ellaria's calls for revenge and instead try to work peacefully with the Lannisters has earned him a dagger to the heart and a spear through the back of his son's head. We're still left to cringe through the Sand Snakes' over-the-top excuses for acting, but the writers at least have figured out a better focus for the Dornish storyline.

And as for the question that's been on all of our minds for the past nine months, Jon Snow is... still dead.

However, it is not yet confirmed as to whether this is permanent or not. He could still return as a wight or a White Walker, and he could still be revived by Melisandre (although the final reveal of her true withered form suggests her powers might not be as strong as we thought). But as for now, he is still just a corpse. I admire the writers' decision to leave this question open-ended instead of providing an immediate answer after months of worldwide debate. The fate of the Lord Commander should create for an interesting storyline in the coming episodes.

As is usual, there's a lot else going on. Tyrion is confidently ready to tackle the challenge of restoring stability to Mereen, Cersei is dealt another intense blow by the news of Myrcella's death and, in the most beautiful scene of the episode, Brienne finally finds Sansa and saves her from Ramsay's hounds.

There have been no Red Wedding caliber spectacles yet, but after the premiere, "Thrones" has at least repositioned itself as one of the more brilliant pieces of political intrigue on television. 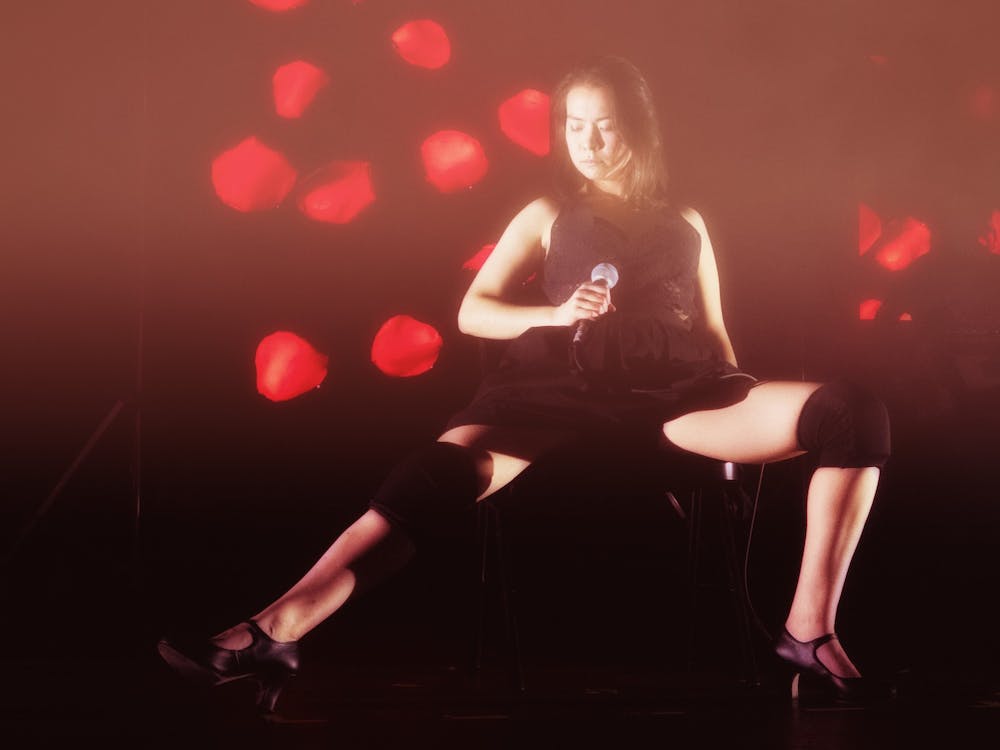 Mitski has brought us to ‘Laurel Hell’

Two years ago, Mitski left her fans in shambles when she revealed that she was taking a hiatus.