In October 2020, Melissa Wallace, a Miami University mom, ordered a birthday cake for her son, Omar, to celebrate his birthday from afar during the pandemic.

She ordered a vanilla cake in the shape of an Xbox controller for Omar who is a senior games and simulation major at Miami University. Though Wallace, who lives in New Jersey, could not physically be with her son to celebrate his birthday, the occasion was just as special with a sweet treat from home, delivered right to Omar’s residence hall, thanks to Luke’s Custom Cakes.

“It was very easy. It was very responsive,” Wallace said. “He loved it.”

Luke’s Custom Cakes is a bakery in Hamilton, Ohio, which can deliver twice a week to Miami’s campus.

Business owner Luke Heizer expanded from his family home to a storefront in Hamilton, Ohio, in August 2021. Heizer has been baking for 11 years, and he is only 23 years old.

“I just liked [baking] and then one of my mom's co-workers asked if I could … make their son and daughter a birthday cake,” Heizer said. “And at that time I was 12 … so then that’s kind of when it all started.”

Heizer never expected his hobby to grow into his job, but he’s happy it did. As orders continued to flow in, the need for a storefront grew.

When it first opened in Hamilton, the store became a Heizer family project in the renovation from an old coffee shop. By the end of the year, Heizer noticed he was already out of space, as his business was expanding.

“[We were] stepping on each other,” Heizer said. “I didn’t even have an office.”

In order to remedy this, Heizer moved to his second and current location at 221 High Street in Hamilton, an old office space behind the original storefront. Heizer estimated the move gave the company another 3,500 square feet, separating offices and storage from the kitchen itself.

Although they had to mask during remodeling, Heizer said COVID-19 did not greatly affect his business by the time he opened his doors, especially because of his ability to deliver.

Luke’s Custom Cakes delivers to Miami on Wednesdays and Saturdays. Delivery drivers communicate with students on the day of delivery to find a time to deliver their cake. Balloons can also be added to any order.

“Parents like that aspect because they didn’t have to … go anywhere,” Heizer said. “Especially during COVID, a lot of people were probably stuck in their dorms.”

For parents apart from their children during milestones, working with a business that is familiar with Miami makes all the difference. Customers know they can rely on Luke’s Custom Cakes to deliver their orders to Miami with accuracy and efficiency.

“The fact that I could not be there to deliver it myself, I really wanted someone [to deliver] and I knew he had an idea of campus and students schedules and you know, how to make it happen,” Wallace said.

Heizer’s business has only grown in its first year being open. Customers are now able to walk into the storefront for ready-made cakes or to order custom cakes. Orders can also be made online.

Heizer said word of mouth and Miami Facebook groups allowed him to establish a strong reputation with Miami parents looking to order cakes for their students.

One of Heizer’s most notable employees is his mom, Tammie Heizer, who has been there since he sold his first cake.

“My son is blossoming into this entrepreneur, and he is just killing it, so I am very proud of him,” Tammie Heizer said. “Working for him has been a different side of it. So that’s kind of a learning experience for both of us.”

Tammie Heizer said a typical day in the bakery includes ensuring the correct cake flavors are stocked and decorating custom orders for that week.

“We work pretty hard. We don’t usually take too many breaks,” Tammie Heizer said. “My favorite part is being here to be able to work with him and have fun.”

In addition to his business, Luke Heizer is also a local baker for Icing Smiles, a nonprofit that donates cakes to local families for children diagnosed with severe illnesses. He was a part of the program prior to his business opening but plans to stay.

“I get to meet a lot of kids and their families, and they’re always so thankful and happy,” Luke Heizer said.

Luke’s Custom Cakes is halfway through its second year of having a storefront and is continuing to grow, serving both the Hamilton and Oxford areas.

“It's been pretty crazy,” Luke Heizer said. “I didn't really know what to expect even going into this, but here we are a year later, still kicking it.” 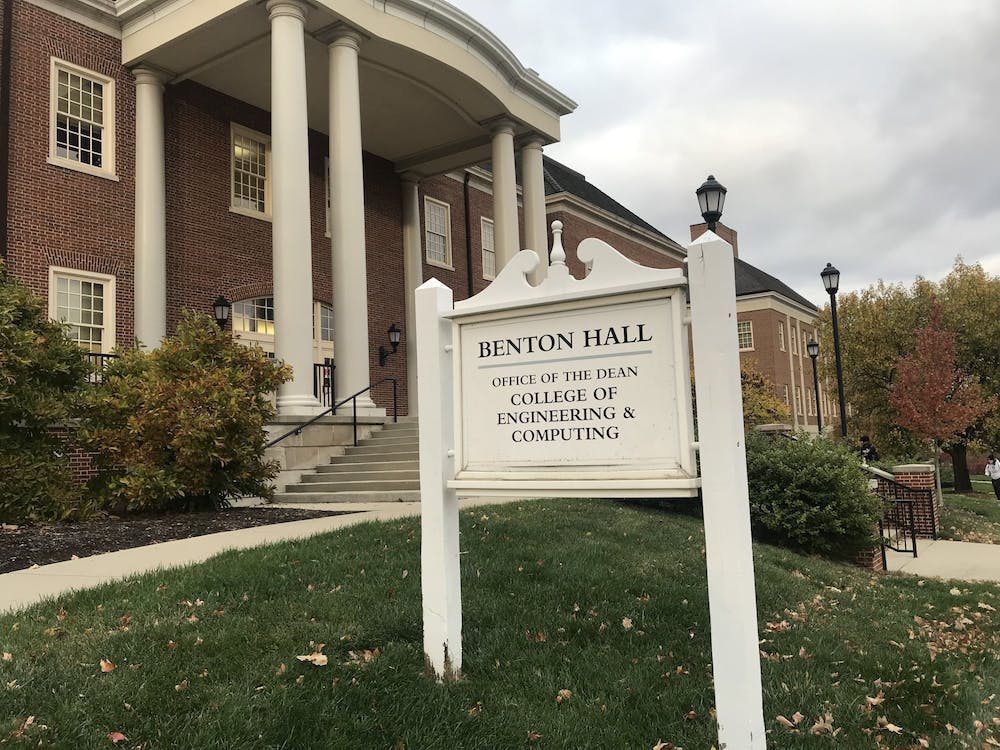 The donation will endow the deanship in the college and create student scholarships.