Time just ran out to see Miami University Theater’s production of “These Shining Lives,” but its message still lingers.

The historical play centers around four women in the 1930s who got radium poisoning from their factory job painting watches. Meanwhile, their doctor and boss ignore their complaints. The women then fight for justice against the doctor and boss for enabling their sickness. Their power in solidarity reflects today’s urge to hold higher-ups accountable for their errors.

“They were always so willing to be stretched,” Wiggins said. “What really resonated with them was the message of women's rights.”

The actors handled the serious scenes, which spanned from the courtroom to the dining room, unflinchingly. They easily adapted to the setting, despite its old language.

The play’s lighting went from a standard antique yellow to deep blues to ultraviolet darkness, when the radium glowed inside the women for the first time. Massive dirty window panes hanging in the rear made the stage appear wide open.

Its set, although sparsely furnished, took the characters as far from their lab table as the beach. They also sang for the radio together in front of a giant TV screen which helped narrate throughout.

Gianna Colarich, a first-year theater major who attended, felt enriched by the performance.

“I thought it was an incredible example of what collaboration and theater looks like at Miami,” she said. “I think you could really see the hard work that went into this production. You could tell that everybody really cared.”

Colarich studied the production in her classes.

“For one of them I was required to go and usher it,” she said. “They give us opportunities to get involved. It’s kind of why I picked Miami, because I knew I was going to get a lot of experience that wasn’t necessarily performing.”

Because of the workshopping, Colarich already shared a sense of community with the play’s cast and crew.

“I was pretty blown away to see all the people I know do their thing onstage,” she said. “I was thinking maybe someday I'll be up there as an upperclassman and there will be some underclassman looking at me like that.”

Abby Sokol, psychology and theater double major, played Charlotte, the most hardened and dry-humored of the afflicted women.

“Once it came time for performance we all really kicked into high gear,” she said. “Having audience reactions made it a different show.”

Sokol also serves as president for Stage Left, a student-run theater organization on campus. She said every one of its members came to support.

Her theater politics and ethics (THE 422) course incorporated the play into the curriculum. Sokol took it upon herself to fully understand her character outside of the classroom.

“The nonfiction aspect of the play kind of scared me because it was something that I wanted to make sure I got correct and did justice to,” Sokol said. “My mom and I toured Ottawa, Illinois, where the play takes place, over the summer. After having learned a little bit more about it, part of what was most rewarding was telling the story.”

Colarich believes “These Shining Lives” will start important conversations across campus about the workforce.

“Miami lets their students pick their [shows],” she said. “They want to do theater that promotes social change so I thought this was an amazing pick.” 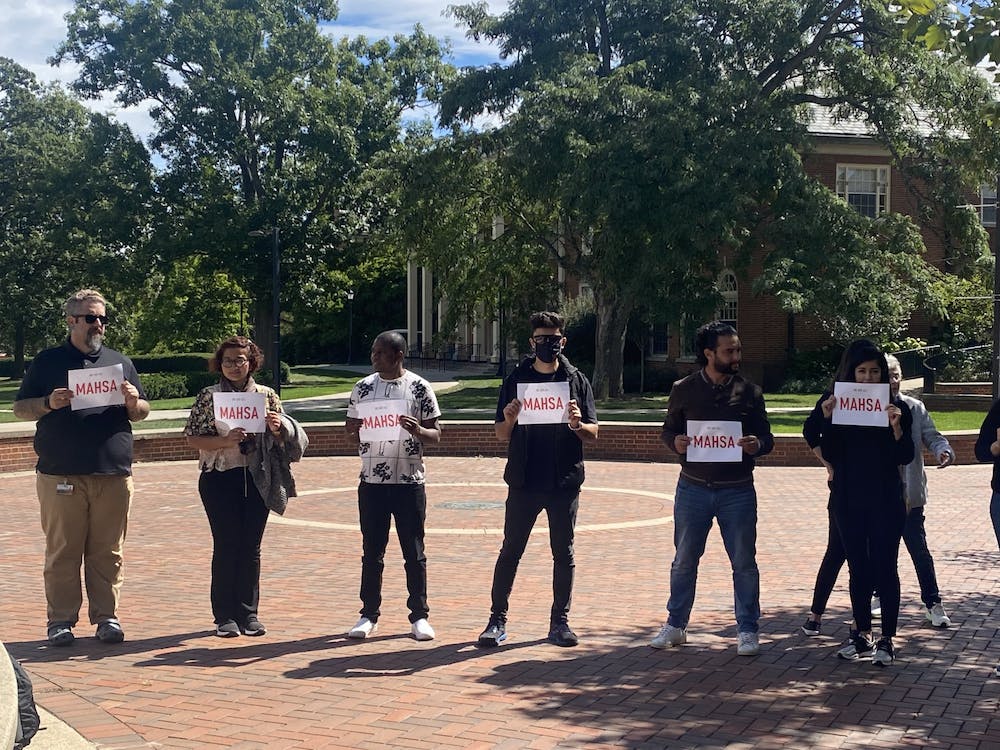