The Miami University Redhawks hockey team took the ice in the first game of the season for a two-game set against the Ferris State Bulldogs. Fans packed the seats of Steve “Coach” Cady Arena at the Goggin Ice Center to show their support.

Junior Ludvig Persson started in net for the red and white, with fellow juniors Dylan Moulton and Hampus Rydqvist on the back end. The forward group boasted sophomore Red Savage in the middle with first-year Artur Turansky and junior PJ Fletcher on the left and right flanks.

As most would expect, the game's opening minutes were controlled chaos. Some big hits were thrown from both teams, and Miami earned its first power play of the season just 2:51 into the first period.

Red Savage hit the crossbar off an offensive zone faceoff, and in the end, nothing came as a result of special teams.

The Redhawks controlled most of the first period, but the Ferris State goaltender Logan Stein came up big for the Bulldogs. Miami was given another chance on the power play but failed to convert, and to end the period, Jack Holmstead took a penalty which gave Ferris State a crack on the man advantage.

The Redhawks came out unscathed, with a massive lead in the shot department at 13-4.

The Bulldogs got 1:35 of the power play to work with from the previous period and took advantage. Jason Brancheau cashed in 1:21 into the period to give Ferris State a 1-0 lead.

After failing to convert on another power play, Miami was able to strike back thanks to the stick of Matthew Barbolini. Both Max Dukovac and Zane Demsey got their first career assists with the Redhawks on the equalizing goal.

Miami failed to capitalize on another power play making them 0-for-4 on the day, and after another late period penalty (this time by Rydqvist), the game headed into the final regulation frame tied with Miami leading in shots 25-10.

The third period started off with the Redhawks killing a penalty.

With 17:42 left, the Bulldogs managed to take the lead thanks to a myriad of mistakes by the Miami defense. The play continued to move back and forth with chances coming up and down the ice.

Most of the players appeared to be very settled in at this point, but despite the amount of possession Miami had, they couldn’t get the puck past Stein. Head Coach Chris Bergeron pulled Persson with just over two minutes remaining, and sure enough, it worked. Joe Cassetti buried the puck with 54.7 seconds remaining with assists from Red Savage and Rydqvist.

No one scored in overtime, so the game headed to a shootout. Ryan Savage scored for Miami, but Connor Fedorok and Mitch Deelstra tallied for Ferris State giving them the win. The game goes into the record books as a tie, which gave both teams an 0-0-1 start to the season.

This was a game full of ups and downs for the Redhawks. The power play despite not managing to put one on the board was solid, but plenty of other things were like puck possession, puck movement, penalty kill, and net-front drive as examples. It was the first game of a long season for Miami, but it was an entertaining and competitive one at that.

The Redhawks built off of this game and beat Ferris State 4-1 in their second game of the back-to-back on Sunday. They head to No. 16 UMass-Lowell for the first road trip of the season with the first game starting at 7:15 p.m. ET on October 7th. 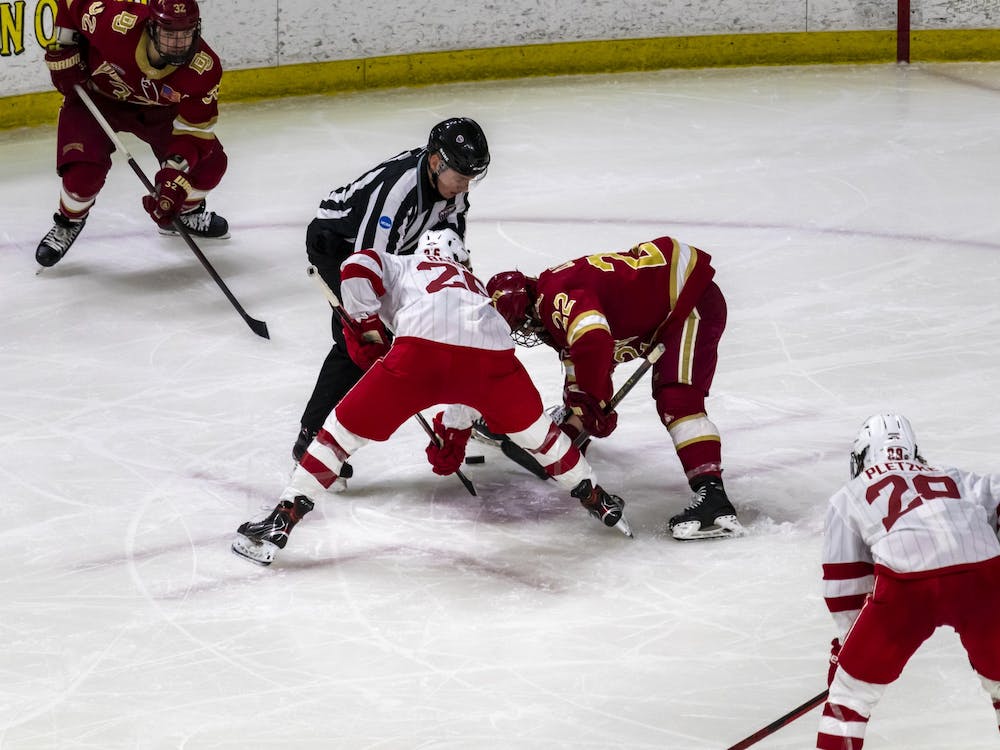 Miami breaks losing streak in style against No. 18 Omaha