Take yourself back to June 1, 2022. The United States men’s national team (USMNT) came to Cincy for the second time in the space of seven months, for a friendly match against Morocco.

Any American soccer fan will remember the first game of the pair – a now-legendary “dos a cero” victory over Mexico in World Cup Qualification before a capacity 26,000 crowd in TQL Stadium. I was there – and I’ll forever count it as one of the best experiences of my life.

That game drew dedicated fans from around the country on a chilly November night, producing one of the best atmospheres ever seen for the national team – but it’s perhaps the game against Morocco that better tells the story of the growth of the game in this city.

A warm, stormy Wednesday night awaited the two teams – though the storms were at least polite enough to wait until after the game was over to arrive – and despite that, the game garnered an attendance of just over 24,000. Even with minimum ticket prices of over $60, three times that of FC Cincinnati games, the city nearly produced another sellout crowd for a meaningless exhibition game, when other cities have struggled to even break past the 20,000 mark for similar games.

The swell of support for soccer in the city can’t be understood without credit for the local professional team, though.

Since 2017, FC Cincinnati has averaged over 21,000 fans in the stands per game, continuing through the last two years in spite of three consecutive last-placed finishes. With the team challenging for a playoff spot this season, attendances have risen back to the heights of the successful 2018 and 2019 seasons, with a sellout crowd of over 25,000 watching the side draw 2-2 with Atlanta on August 13.

On Saturday, another sellout crowd was in attendance for the “Hell is Real” rivalry between Cincinnati and the Columbus Crew. There, the heights of possibility were truly seen – the outpouring of joy after a goal, the roar of the crowd as the Cincinnati players forced their Columbus counterparts back into a corner, the shock and anger as seemingly everybody except for the referees saw the obvious mistake displayed on the video boards.

“No Mercy in Cincy” was the theme from the supporters section as a tifo, a giant artwork inspired by the video game series Doom, rose proudly above the north end of the stadium before kickoff – though that didn’t bear out in the result, as the home side conceded an equalizer at the death as the game ended 2-2.

The push from the club towards this support hasn’t just stopped at bringing new fans to the game, however. Mercy Health Training Center, the club’s training facility in Milford, OH, is among the best anywhere in the world (just ask Don Garber and Gregg Berhalter, the Commissioner of Major League Soccer and Head Coach of the USMNT respectively, if you don’t believe me). TQL Stadium, the new $250 million facility in the urban West End of Cincinnati, creates an atmosphere even through the very design of its roof that has been praised by everyone who experiences it.

That stadium is why Cincinnati was awarded the prestigious rights to host the World Cup qualifier against Mexico. That training facility, providing an excellent home base for the national team, is why Cincinnati was chosen for the friendly against Morocco, the start of a four-game stretch including two competitive matches in the Confederation of North, Central America and Caribbean Association Football (CONCACAF) Nations League.

Times change, and with soccer increasingly occupying a greater and greater share of the American sports diet, alongside the World Cup coming to this country and its neighbors in 2026, there will eventually be a new city with a bigger, fuller stadium and better facilities that will take this city’s crown. As other cities have shown in the last few decades, success is often fleeting, even for those in the best situations to succeed. But for now, the Queen City is the soccer capital of the United States, and we ought to do our best to keep it that way. 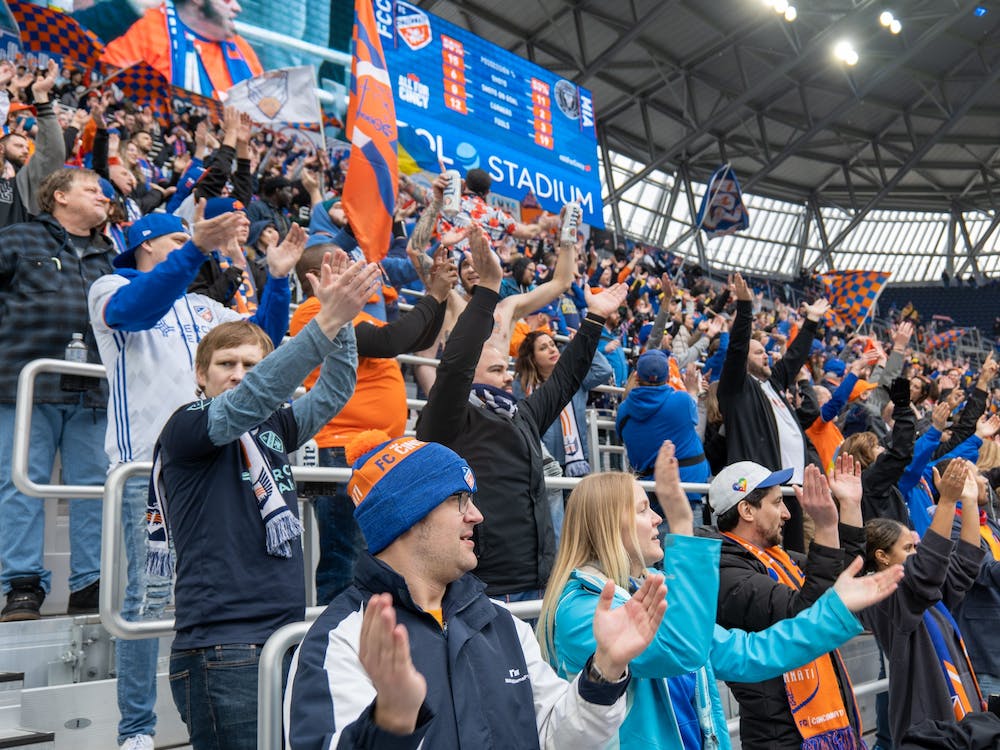 Things are looking up for the Orange and Blue