Ryan Murphy and Vilppu Anttila are followers of Jesus. They also own a table-building business.

And the two aren’t mutually exclusive. Quite the opposite, actually.

“A table is a very significant part in Christian life and in the life of Jesus,” Murphy said. “You know, there’s a lot of different stories about him inviting people to a table to have meals with him.”

Murphy and Anttila own Tree to Table, a furniture company that specializes in producing custom dining tables. The pair officially launched their business in January. The road to get there, though, has required dedication, faith and support from their community.

Anttila graduated from Miami University in 2015 with a degree in mechanical engineering. After living in the U.S. for several years following a move with his family from Finland as a teenager, he had the choice to move back to his home country with his family; if he moved back, he could attend college for free.

Instead, he stayed in the U.S. and paid his own way through school.

Anttila and his wife, Hannah, are Miami Mergers. Before the thought of a business crossed anyone’s mind, the couple had agreed to settle in their alma mater’s town.

“The narrative that you’re taught, or at least, somehow pick up when you’re at Miami, is that you graduate and you move as far away as you can, you become as successful as you can,” Anttila said. “At some point during our engagement, it really dramatically shifted … I just remember one day very clearly both of us just agreeing like, ‘I think we’re supposed to stay in Oxford.’”

The couple also didn’t want to leave the support system they had built during their formative college years. Hannah, a stay-at-home-mom, said the community in Oxford is like no other.

“When I was a student, something that was so meaningful for me was having families invite me off-campus into their homes and hang out with their dogs and their kids and have a home cooked meal,” she said. “It really helped grow me in a lot of ways and balance out the education that I was receiving at school, and so we want to do that with the students too.”

Murphy and his wife, on the other hand, had no experience with Oxford as young adults. Both are from Cincinnati and graduated from the University of Cincinnati. They, too, thought God wanted them in Oxford, so Murphy started playing basketball at the Rec Center every Saturday.

Eventually, the couple made the move.

Anttila worked with Virgil Otto, owner of Gun Stocks Plus, for his senior design project at Miami. Though Anttila and Otto didn’t speak for a couple years after he graduated, the connection proved fruitful – after Murphy and Anttila met at church, they decided to help Otto at his workshop.

“One morning during my prayer time I was very clearly reminded of Virgil, and I just thought, ‘I think we’re supposed to go help him,’” Anttila said.

The future business partners started helping him in small ways: unloading and cleaning a trailer, moving wood and helping around the shop. Otto is in his 80s, so the young men do the “back-breaking” labor while Otto shares his wisdom and expertise with them.

“His view of the young generation has completely been changing because of seeing these young guys showing up,” Anttila said. “He didn’t know that that still happened, that there were good men of character and integrity who were not afraid to work hard … He [said he’s] gaining hope for the future of America.”

Today, the two go into the shop twice a week and balance their time between their business and outside commitments.

Since January, Murphy said the pair hasn’t gone a day without a project.

A table typically takes one to three months to finish, depending on how much material is prepped and how much customer feedback they receive. Completely customizable tables are an important facet of their business model.

“We want people to have what they like,” Anttila said. “If they’re going to pay for it, we want them to have exactly what they want, and that can take a lot of patience.”

Adam Hicks, one of their first customers, bought a table they had in their inventory. Hicks met Ryan playing basketball at the Rec Center, then started going to the community dinners they host.

The dinners are hosted every Wednesday at 6:30 p.m. at Murphy's house. Hicks said the dinners, which can end by 7 p.m. or last until 10 p.m., are a great way to build community.

“There's a lot of people who have found their dinner to be a place of community and love and just being known by a group of people,” Hicks said. “[And] it's hard to have community if you don't eat together, and you can't eat together without the table, so I think having a table that's good [enough] quality to stand the test of thousands of people eating on it for a long amount of time is important.”

Murphy said his and Anttila’s philosophy is heavily linked to their love of community.

“A table is a very special thing,” Murphy said. “A gathering place in our culture and society has been slowly diminishing. In a go, go, go, non-stop world, actually sitting down to have a meal as a family or with friends can get lost very easily, so making something that is meaningful and that people are actually going to use – you know, our little tagline of ‘tree to table’ – it’s built for gathering, and so to make something that others are actually creating meaningful memories and encounters around is a fun thing.”

Both Murphy and Anttila said their faith and their families are important aspects of the business. Hannah connected this love for God to their focus on community.

Looking forward, the pair hopes to make this venture into one that can support their families in the future.

“Hopefully [we’ll make] a lot more tables,” Murphy said. “I think looking at it as becoming more and more a sustainable, consistent income that really begins to provide for our families in a meaningful way.” 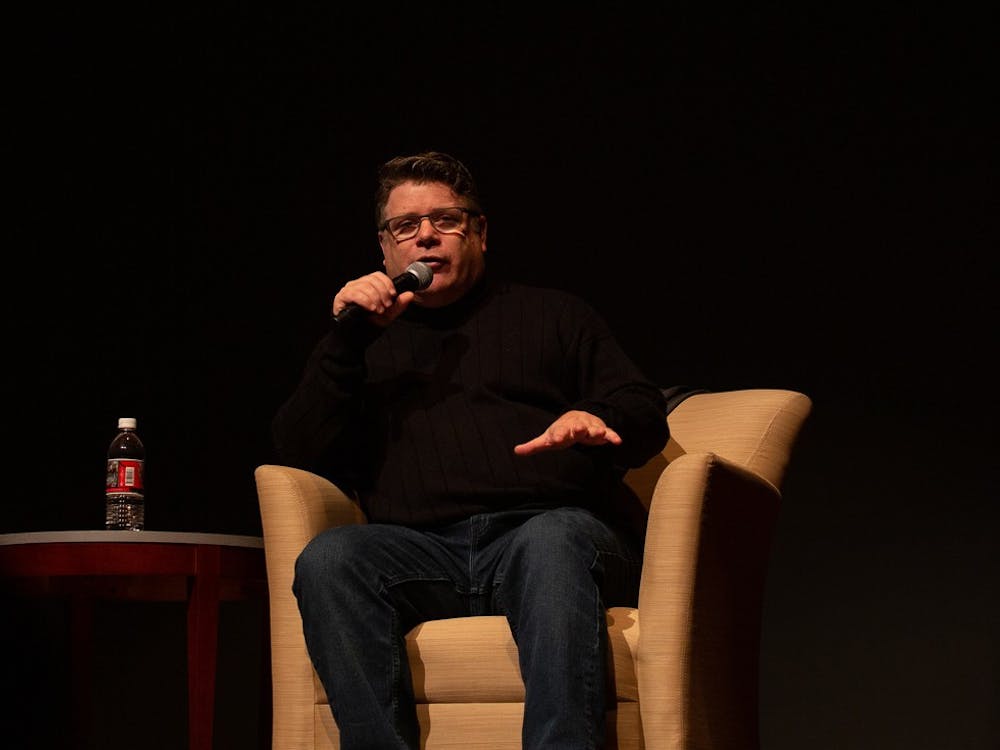