Oxford citizens gather in opposition to war in Ukraine

A mixture of Miami University students and Oxford residents attended the Community Gathering for Justice and Solidarity with Ukraine Thursday night. The event was organized by Oxford Citizens for Peace and Justice and facilitated by Ann Fuehrer.

Some held signs with sayings like “Freedom for Ukraine” or Ukrainian flags to show their support.

“We come together today because we know that 5,000 miles away, right now, there is war,” Fuehrer said.

Fuehrer said Ukraine is facing multiple humanitarian crises, from the destruction of a maternity hospital in Mariupol to the exodus of millions of refugees.

“For those who remain, they are in need of basic survival and medical supplies,” Fuehrer said. “The war must be stopped.”

Fuehrer continued by addressing why the community gathered. They wanted to interact with those who share their grief and express solidarity with citizens of Ukraine, Moldova and other countries impacted by war.

“We want to help, to fight, to wage peace, to do something,” Fuehrer said. “And we are here to savor our own relative peace. If we look up to the sky, we see clouds and birds, not missiles. If we look to the streets, we do not see tanks and armored vehicles. If we listen, we do not hear air-raid sirens. If we breathe in and smell, there is no smoke of burning rubble.”

Fuehrer then introduced Angela Trubceac, a Miami graduate from Moldova, to speak.

“Every town, every city was having protests and marches, and nothing in Oxford,” Trubceac said after the gathering. “I’m glad that on the 15th day of the war, we can gather here. So how can I not come? … I’m here because I care, because I want to stand with Ukraine, with Moldova, which are all democratic countries.”

Trubceac, who teaches Russian at McGuffey Montessori School, called on the U.S. to offer support in any way.

“I hope that Americans, they can somehow influence their politicians to do more than what they just do right now,” Trubceac said.

In an interview with The Miami Student, Fuehrer talked about the information overload regarding the war as well as the amount of misinformation there is, including in the U.S.

“I think it’s been tremendously toxic and damaging to our country to have so many people fabricating such untruths,” Fuehrer said. “It’s dangerous to a culture.”

“I care very much about Ukraine and my friends over there,” Jobe said. “It’s a very serious situation, and I want to support them as well as I can.”

Jobe said the government has been slow, but American citizens are showing strong support for Ukraine.

“The Ukrainians appreciate very much what the United States government has done,” Jobe said. “But we need to do more, and we need to do it quickly.” 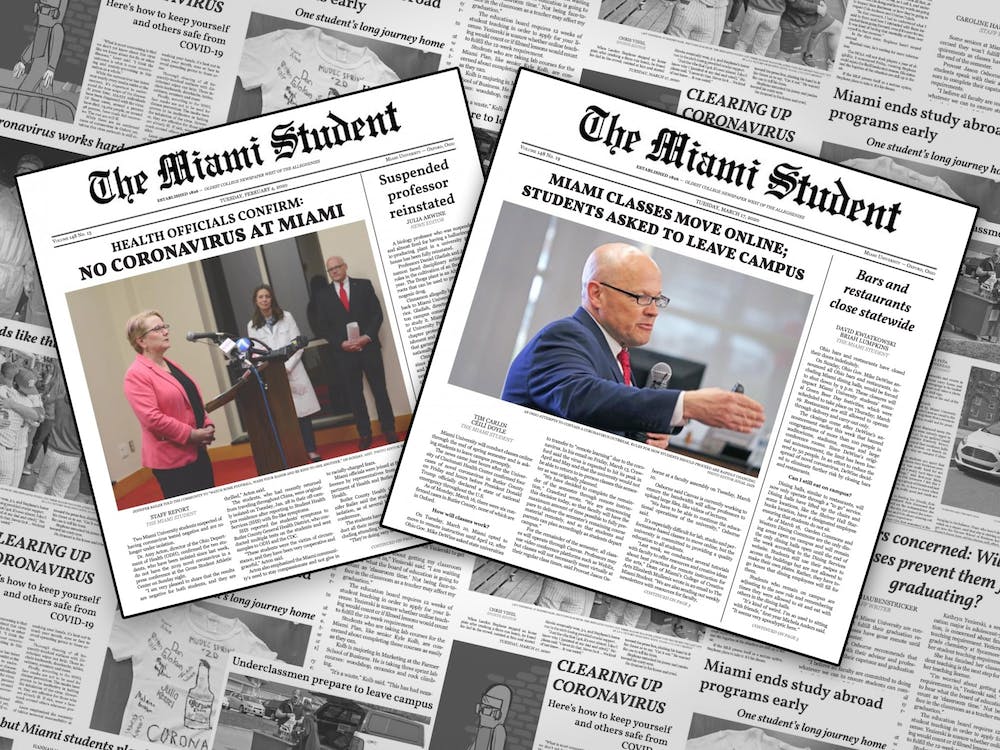