The history of dress codes, gendered discrimination across centuries

Dress codes are nothing new anywhere in the world. Throughout time, people have been enforcing what others – predominantly women – can and cannot wear.

The idea of dress codes has also been a consistent topic of controversy, with people constantly arguing over what should and shouldn’t be allowed to be enforced in a dress code.

Whether or not dress codes discriminate against women has been a topic of debate for decades. Particularly in schools, there have been many examples of gender bias, such as the infamous “fingertip” policy, a rule at many schools that states all women’s bottoms must extend past the tip of the wearer’s middle finger, according to an article published by NPR.

According to an article from CR fashion book, it was almost completely unheard of for women to wear pants until the 1850s. It wasn’t until the early 20th century when alternative styles of clothing like sportswear began to replace the traditionally formal attire. Fashion designer Gabrielle “Coco” Chanel also played a part in making pants more acceptable – even stylish – for women in the early 20th century.

Even then it took more than a century for the stigmatization of women in pants to disappear significantly. It was only as recent as 1993 when Senator Barbara Mikulski became the first woman to wear pants on the U.S. senate floor.

Blue jeans are also another point of contention in dress code gender bias. Male workers were able to wear jeans as far back as 1873, but it wasn’t until 1934 – 61 years later – that a pair of jeans designed for women was even released.

There are many other examples of gender based discrimination in dress codes throughout history, but there has been a fight for fashion equality in more recent years.

In an interview with the National Education Association, Gina Flanagan, the principal of East Longmeadow High School in Massachusetts, described how she tried to make her school’s clothing policy more gender neutral.

With the majority of the school’s dress codes targeting women, Flanagan saw that it was time to address the way the policy was worded.

“Instead of saying no low cut shirts or cleavage, the dress code says all private parts must be covered at all times,” Flanagan said.

This is a very important step in the right direction, as making the verbage neutral instead of mentioning female-identifying language specifically reduces one of the most unacceptable effects that gendered policies can create: victim blaming.

Gendered clothing policies in schools are often instituted to reduce distractions in the school environment. But Marci Kutzer, a fourth-grade teacher at Bertha Ronzone Elementary in Las Vegas, Nevada, told NEA about how this idea erroneously places blame on women.

Kutzer spoke about how this can be damaging for young women, saying that the message that these girls receive is essentially "A boy's education can be compromised by your gender. Please do what you can to neutralize it."

Some clothing has a specific time and place. That does not mean, however, we should be telling young girls that their body is something they should hide.

This is especially true when looking at Oxford’s own Talawanda High School, where many students protested the school’s dress code. Initially the students showed signs of their upset with post-it-notes on walls with messages protesting the overly strict dress code.

As teachers began to remove the notes the protests grew, evolving into messages on school walls written in sharpie.

Following the recent student protests, the Talawanda High school board is reportedly going to sit down with students and give them the chance to weigh in on their dress code. This compromise is a large step in the right direction, and a good example of the way things could be. 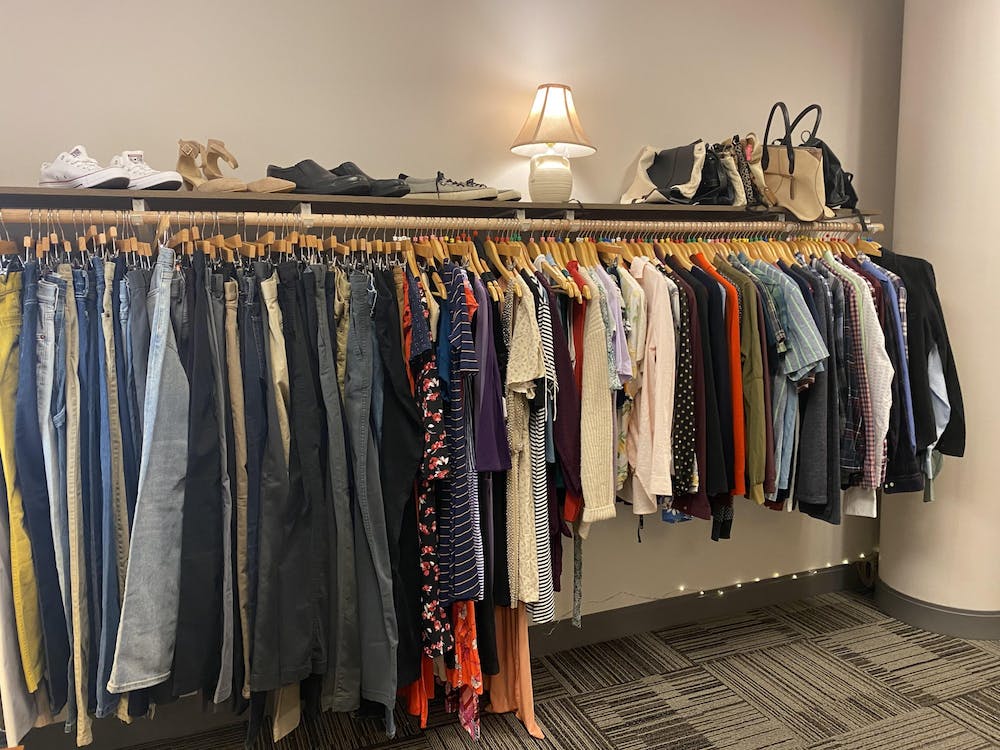 The Center for Student Diversity (CSDI) celebrated the opening of its Open Door Clothes Closet on Wednesday, Oct. 13. The clothes closet will serve as a place for transgender and gender diverse students to get clothing that affirms their gender. 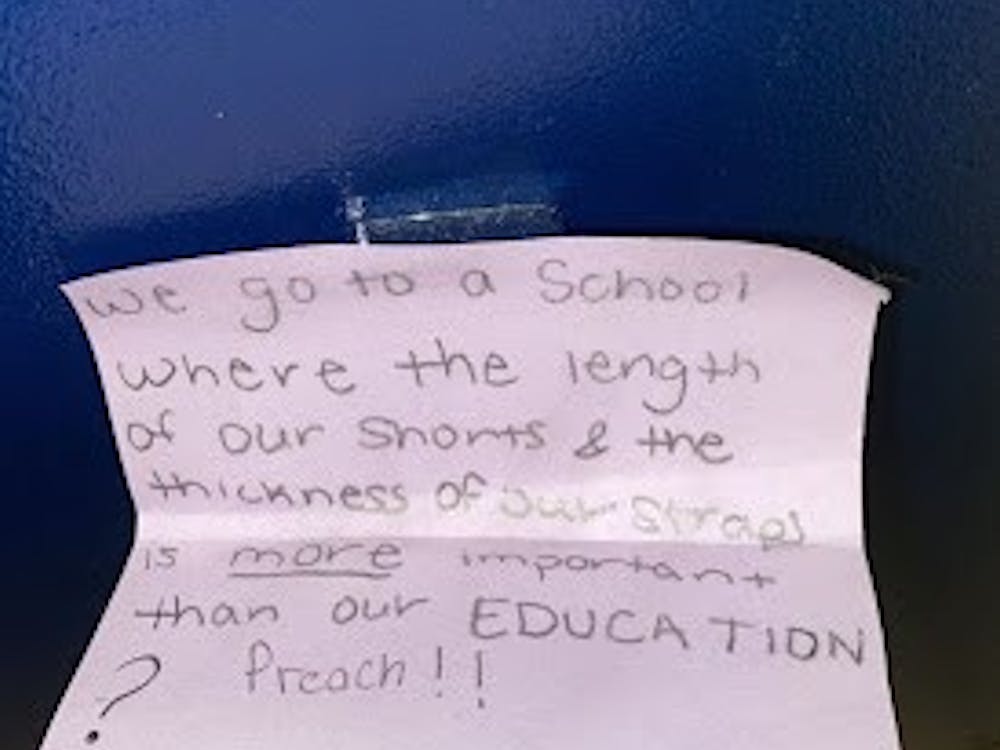