He’s also the founder of social media marketing startup Step Up Social, a rapidly-growing company currently valued at a quarter of a million dollars.

The startup originally sought to address issues small businesses have with social media, like time and costs.

“We’re young people,” Barr said. “We understand social media pretty well, probably do a pretty good job, and we could do it at half the time to do it at a reasonable rate since we were in college. So really, we saw that opportunity, where your local bakery or something might not be able to afford to pay enough for a marketing firm – those social media rates start at $2000 a month.”

By cutting out the expenses associated with hiring from traditional, larger social media marketing firms, Step Up Social provides a different sort of service to a large market.

Barr’s startup is geared toward small businesses in need of consultation and revitalization to get an online Company Registration Number (CRN), allowing these small businesses to distinguish themselves from one another.

The company also helps address the marketing needs of recently-funded startups that don’t have the capital to hire a large team.

“We have this great pool of college students here at Miami, and we have this really cool model where we pay them all $20 an hour,” Barr said. “We’re able to put all those freelance operations so ... if a company can’t afford to hire a dedicated person to do that, we’re able to put them all under one roof.”

Having this process under one roof resulted in a higher quality product, Barr said.

Although its current success wouldn’t give it away, Barr said the business had a rocky start.

“We already did have two clients going in that said, ‘Let’s do this thing, I think this is really cool, I think we could do a lot,’” Barr said. “And we screwed up a lot. We ended up learning on the way.”

The turning point came when one of his clients, who accounted for 60% of the company’s revenue at that point, dropped Step Up Social. This forced Barr, the sole owner at the time, to decide whether to fund the business out of pocket until it found its next client or to step away.

Barr decided to go with his gut, taking out personal loans at the Miami University and Community Federal Credit Union and another bank to cover payroll for the following five weeks until he could find his next client.

Being an entrepreneur as a college student posed its challenges.

“It’s very hard to obtain loans,” Barr said. “For a small business loan, as an 18-year-old without much of a credit score, there are all these other challenges. Even facing clients … what we’re trying to do is convince very established business owners, [Chief Marketing Officers] and people like that to trust a group of college students.”

Barr said being a startup helped build relationships with other startups.

“These are new businesses with people with creative ideas who are also kind of used to being told no, you’re crazy for starting this, so I think there was a natural pairing because we have a service that really solves a lot of their problems,” he said.

Barr and his team have received additional support from Miami and the entrepreneurship program, which has granted them connections, resources and feedback.

One member on the advisory board, James Johnson, teaches ESP 103 (Creativity, Innovation and Entrepreneurial Thinking) for the First-Year Integrated Core at the Farmer School of Business.

“It’s been very interesting and encouraging to see a student learn by doing,” Johnson said. “[Barr] had difficulties at the beginning, but working his way through, with some advice and with some hard work, he was able to turn around the business and make it a viable business proposition.”

For Johnson, learning by doing is what entrepreneurship is all about.

“We encourage students to learn by doing, especially in entrepreneurship, and I think this is a great environment to practice those skills and get some real-world experience at the same time,” Johnson said.

Barr said he wants to see Step Up Social become a million-dollar agency by the end of next year and wants to keep exploring new services. He expressed an interest in targeting smaller businesses with content generation or making TikToks for larger companies.

“I don’t really have a plan to sell right now,” he said. “I don’t have a plan of next steps. Being perfectly honest, I’m still a second-year student, so my plan is to grow this as much as possible while I’m still here and see what happens.” 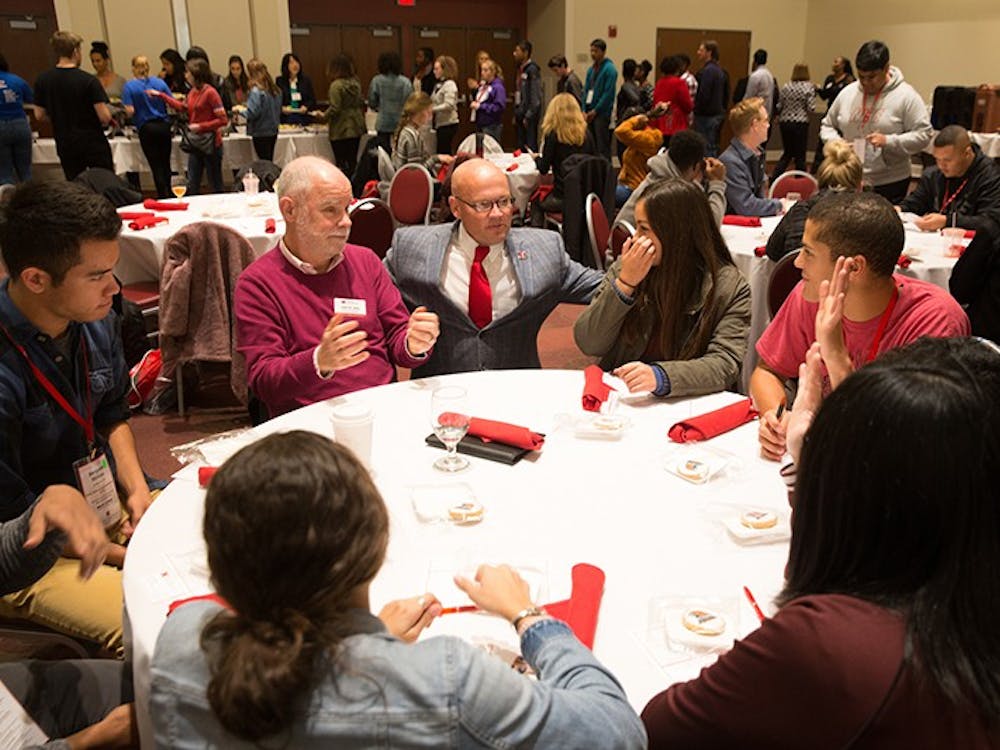