A recent break-in at an all-female student home and a firearm threat at Skippers Pub & Top Deck have put female students on edge.

The first incident occurred between 3 and 4 a.m. on Monday, April 26, at a house on East Collins St. John Strathmann, a 30-year-old Middletown resident, broke into the home occupied mostly by members of the Alpha Phi sorority.

The intruder stole laptops, AirPods and cash then fled the house after Oxford Police Department (OPD) officers arrived. After a car pursuit, Strathmann, who was under the influence of alcohol at the time, crashed his vehicle into a police cruiser. The officer in the car was not injured in the crash.

Strathmann was taken into custody after and charged with five different offenses: operating a vehicle imparied (OVI) with prior conviction, OVI, assault, burglary and attempt to commit an offense.

Cora Harter, a resident of the Collins St. home and member of Alpha Phi, said she and her housemates are most concerned about the possibility of Strathmann returning.

“We’re just scared that he’s going to get out and come back,” Harter said. “I was asking the police officers, and they basically told me, if he can post 10% of their bail, he’ll be out by Thursday. And we were like,  ‘Really? Thursday?’”

Strathmann parked in the Collins St. home’s driveway and entered through an unlocked back door.

He then went upstairs, entered three bedrooms and talked to the girls there while going through their things, Harter said.

A few hours before the break-in, the house had been full of activity as its 12 female residents watched the horror movie,  “The Invisible Man” together.

Harter said the movie left them afraid to go to bed that night.

She said she went to bed around 11 p.m. and locked her door before finally falling asleep around midnight. She believes her housemates went to bed a couple hours after.

When she woke up again, it was to police sirens and screeching tires.

“By that time, my roommates chased [Strathmann] out of the house, and he had gotten back into his car and tried to drive away,” Harter said. “Everyone was in tears, shook up, [asking], ‘How did this happen, who was he, what did he want?’ And we realized laptops were missing, and we were like, ‘Oh my gosh, and AirPods, and cash [is] missing.’”

Harter did not understand Strathmann’s motive for breaking in.

“It didn’t seem like he wanted to really hurt us or do anything terrible to us because he had the opportunity to, and chose not to do it,” Harter said. "The girls woke up to him in their room, so how long was he in the room before they woke up?”

Harter said everyone in her house would be locking their bedroom doors going forward.

The girls were able to get their things back after OPD officers found them inside Strathmann’s car.

But women across campus remain fearful of events like this one, especially if Strathmann posts bail.

“[OPD] said they would call us if he did get out, and upon that, we are going to request that they patrol the area for the next three weeks,” Harter said.

Days before the Collins St. break-in, female students were reportedly harassed and touched inappropriately at Skipper’s Pub & Top Deck by a man who was later found to be carrying a gun.

The incident occurred around 12:30 a.m. Saturday, April 24. Two men were arrested outside the business after employees identified the two as “problem parties,” and one of the two men dropped a firearm, according to an incident report from OPD.

Julia Hockins, a first-year primary education major, was at Top Deck the night of the incident and said around five or six men came into the bar around midnight and were going around to different tables and talking to people.

“They were going around to tables of girls in Top Deck, and they were asking them for their numbers, asking them to hook up and saying a bunch of other really strange things,” Hockins said. “And at first it was just stuff like that, and then it started getting into more serious stuff that they were asking girls for.”

Hockins said one of the men asked one of her friends for her number, left the table, then returned and began harassing her friend.

“He started, like, touching her in places and doing stuff without consent, and I told him that he needed to back off and [that] he had gone too far,” Hockins said.

Another student at Top Deck that night, who spoke under the condition of anonymity, said one man in particular came up to her several times making inappropriate comments and then touching her.

“He had one hand in between my legs, and I was physically uncomfortable and I just froze and felt like I could not speak,” she said. “I [didn’t] know what was happening, and then he started kissing the side of my face, and that's when my friends were like, ‘Okay, dude, you need to go away,’ One of my friends started going off on him, and that kind of freaked me out because you obviously never know what people are capable of, and we didn't because obviously one of them had a gun.”

Hockins said the bouncers were notified of the disturbance and threatened to throw the men out if they continued.

The same man who had visited her table then came back and offered the girls dollar bills for the trouble, but Hockins said another friend at the table got up and began confronting the man.

“I tried to calm her down a little bit just because I didn't like where the situation was heading, but she was screaming at them and yelling at them, telling them to just get away from us because we did not want to be anywhere near them,” Hockins said. “That's when one of the guys looked like he was going to get violent with her and immediately the bouncers stepped in and threw them out of Top Deck.”

Hockins said it was then that the firearm became involved.

“It was only a few minutes later that one of them ran back up to Top Deck and pulled a gun on another friend of mine who was standing at the bar, and then one of the bouncers at Top knocked the gun out of his hand and took the clip out so that it wouldn't fire,” Hockins said.

OPD arrived at the scene and arrested two men: 26-year-old Jarred Hignite and 18-year-old Jordan McKinney. Both are Hamilton residents.

Hignite was charged with carrying concealed weapons, aggravated menacing, possession of weapons under disability and use of weapons while intoxicated.

OPD put out a statement on Monday, April 26 explaining the situations at Top Deck and Collins St. and addressing other concerns that have been raised about a suspicious male subject stalking students on campus.

“The easiest things you can do are to keep your doors locked, don’t walk alone at night, and promptly call the police if someone’s behavior is distinctly suspicious,” the statement read.

For one female student, who spoke under the condition of anonymity, the reported incidents hit close to home, both literally and figuratively.

“I live in a house with only females, so that easily could have been my house as well, and I live on the ground floor, which means that my window is right on the floor level. So if something were to happen, it would most likely happen within my direct vicinity or I would be the first person targeted just because I'm the closest,” she said.

The source lived in a neighboring house to the break-in and said she saw four police cars across the street when leaving her house at 5 a.m. Monday morning but assumed it was someone getting pulled over.

It wasn’t until the next day that the increased police presence made sense to her.

“I mean, I was here sleeping – my sister was here with me as well when that happened,” she said. “So not only did a super dangerous thing happen with me and my roommates here, but also when my little 17-year-old sister was here, and I don't really know how that would have panned out if, you know, it had been our house.”

The recent crimes, many of which have particularly targeted women, don’t surprise her.

“Obviously I think that when people are being targeted based on their gender – multiple times – it sends a message that there's a reason that they're doing that,” she said.  “These men see women as weak. These men see females as easy targets, and I think that just puts more of a stereotype or more of a stigma into sexual assault and violence against women and being able to do things that really no one should be able to do.”

Martha Brown, a junior political science major, lives off campus and said she heard about the incidents after receiving screenshots from different group chats that warned girls to be careful.

Brown said she has been taking extra precaution in the past week because of what she has heard.

“I live in a house, and I have a door that leads to an open garage inside my room. So it's kind of scary, so I've been putting my futon in front of the door,” Brown said. “I've been carrying mace around. I used to not really think about it, but now I try to have it in an accessible place where I can reach it fast. I don't walk home alone.”

Jessica Greene, assistant city manager, wrote in an email to The Miami Student that she does not believe there has been a rise in crime this year in Oxford, but advises residents to take precautions.

“Overall, Oxford is a safe community,” Greene wrote. “It is, however, always important to take precautions by locking your doors when you are not at home, stay with friends when you go out and promptly call the police if someone’s behavior is distinctly suspicious.”

Jessica Rivinius, director of news and media relations, wrote in an email to The Student that Miami is committed to student and community member safety.

“In regards to the recent off-campus incidents, we appreciate our students' willingness to report such crimes and we encourage anyone who experiences or witnesses a crime to report it to authorities,” Rivinius wrote. “Our students play an important role in promoting safety on and around campus.”

“I think these instances made women in Oxford know that we’re not living in a bubble [and] that [we] need to keep having our guard up,” Brown said. “It’s always good to make sure you’re cautious and alert.” 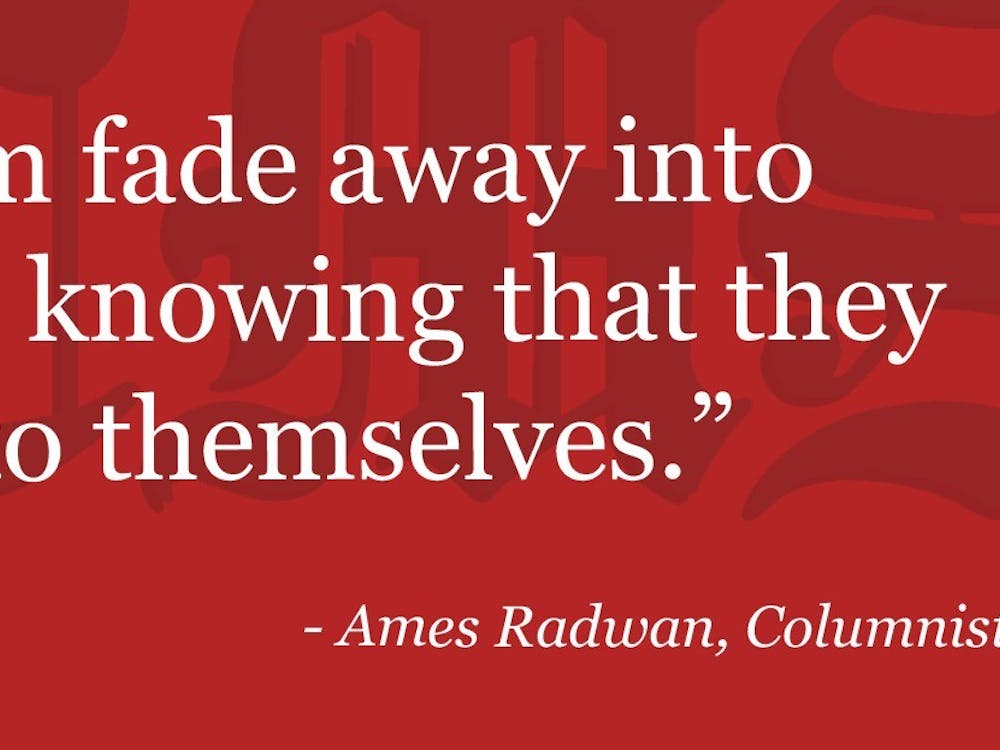 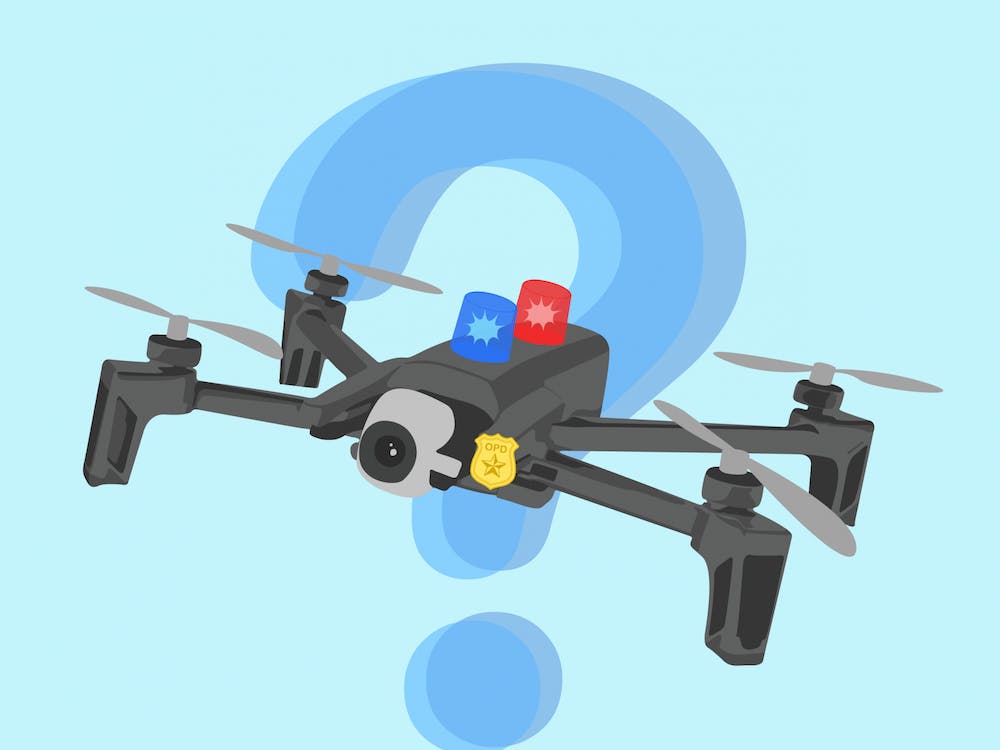 In the weeks leading up to Green Beer Day (GBD), students reserved their tables at Uptown bars and decorated with green shamrocks. They also prepared hats, masks and sunglasses to hide their faces from police body cameras and, possibly, drones, as rumors spread throughout the city.